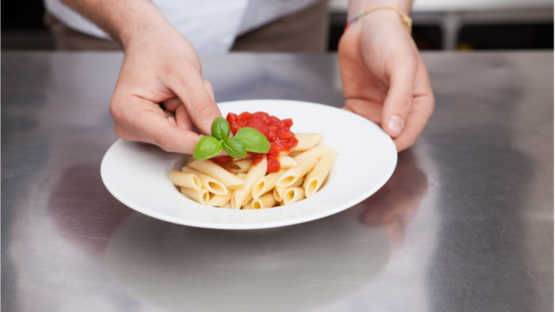 A key gene mediating the effect of dietary restriction on longevity has been identified, improving our understanding of the link between the two and raising the prospect of more targeted therapeutic interventions.

Dietary restriction is one of the most reliable ways to increase longevity, increasing lifespan in species from fruit flies to rodents. Benefits can be seen from a range of dietary changes, such as intermittent fasting or caloric restriction, though restricting specific components of the diet, such as proteins or even specific amino acids, may be the most effective change.

Researchers at the Max Planck Institute for Biology of Ageing have pinned down a gene that plays a key role in this process, Sestrin1. The Sestrin genes – there are three versions of Sestrin in mammalian genomes and one in the Drosophila genome – encode proteins that detect amino acids and negatively regulate TORC1. TORC1 is part of the IGF/TOR nutrient-sensing network linking dietary restriction and longevity, but because this network is also involved in other processes, such as wound healing and insulin response, it may not be an ideal therapeutic target.

The study began by investigating the effect of knocking out Sestrin in fruit flies and found that this reduced their increase in lifespan in response to dietary restriction, which isn’t really surprising, given that Sestrin regulates TOR. Next, the team engineered a version of Sestrin with a mutation in the amino acid binding region, preventing it from acting as an amino acid sensor. When cells starved of amino acids were fed the amino acid leucine, genes downstream of TORC1 were only activated if the cells had normal Sestrin, not the mutated version. In other words, Sestrin is a key amino acid sensor for the TORC1 pathway.

The researchers followed up with in vivo tests and found that flies with the mutated form of Sestrin  didn’t live longer on a restricted diet. More interesting still, the mutant flies lived longer than ordinary flies on a high-protein diet, but that was mainly due to the low survival of wild-type flies. Therefore,  it seems that Sestrin not only mediates the nutrient detection that makes dietary restriction beneficial but may also protect against the harmful effects of a protein-rich diet.

With a few more experiments, the researchers investigated how Sestrin mediates the effect of dietary restriction on lifespan. They found that it regulates gut homeostasis, specifically by modulating autophagy of intestinal stem cells to regulate turnover in the gut, helping keep it healthy. Raising Sestrin expression in intestinal stem cells led to a 10% increase in the lifespan of fruit flies.

The identification of Sestrin as a key player linking dietary restriction and longevity makes it an attractive target for therapeutic intervention. There still isn’t good evidence that dietary restriction increases lifespan in humans, and even if there were, many people have trouble keeping to a restricted diet or might not be able to for medical reasons. Finding other ways to achieve the same effect thus seems like a promising path forward, and Sestrin provides one more tool with which to forge that path.