Traditional funding systems such as grants tend to suffer from a culture of risk aversion. Funding frequently goes to research that has the greatest chance of success and thus the most likelihood of being published in scientific journals. Unfortunately, this leads to a situation where the more ambitious research, often with game-changing potential, fails to get funded.

Combine this problem with the fierce level of competition in the grant system, and it all adds up to potentially transformative technologies being left to languish. The research needed to defeat aging, and in doing so age-related diseases, is no exception to this problem. Innovative ideas and research directions that could move us closer to understanding and bringing aging under medical control need more funding.

DeSci can fund the cutting-edge research that traditional funding cannot

We support the decentralized science (DeSci) movement, which aims to increase scientific funding, free knowledge from silos, and cut out profit-motivated intermediaries such as publisher conglomerates that lock scientific data behind paywalls. This is why we launched our own crowdfunding platform in 2015, which specifically supports aging and rejuvenation research.

We have raised over $750,000 for important aging research and have worked with institutions including Harvard Medical School and SENS Research Foundation. The research we have helped to fund includes mitochondrial repair, DNA damage, functional biomarkers of aging, and a rapamycin human trial. 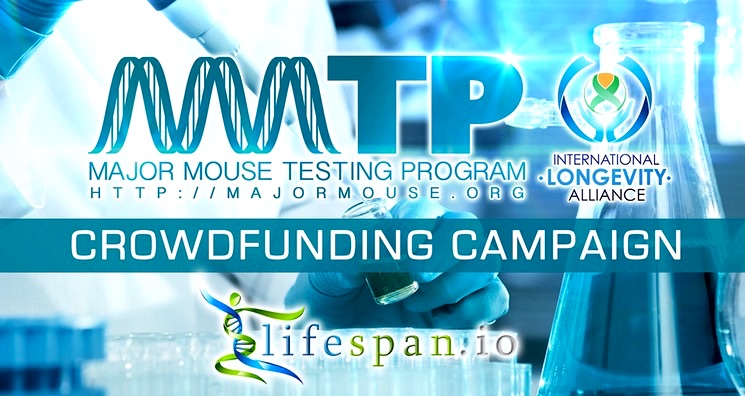 If you are a reasearcher and are interested in hosting a project on Lifespan.io, check out our how to fundraise a research project page.

As part of our DeSci strategy, Lifespan.io is working on a variety of innovative Web3 efforts to raise funds and awareness for research aimed at extending healthy human lifespan. This includes creating a massive-scale metaversal game to raise hundreds of millions for aging research, organizing the first-of-its-kind decentralized clinical trial for digital therapies targeting dementia, and pioneering new forms of perpetual and NFT-based fundraising for public goods. The Mindset project
Read about our in-house research.
The Mindset Project

Thanks to DeSci fundraising, we launched the Mindset Project in 2022. Led by researcher and Lifespan.io Vice President, Dr. Oliver Medvedik, we are developing a light and sound headset that may help to combat Alzheimer’s disease.

This promising approach aims to target Alzheimer’s disease using a headset that stimulates the brain with light and sound in order to trigger neural entrainment.

Neural entrainment refers to the observation that brainwaves will naturally synchronize to the rhythm of periodic external stimuli, including flickering lights and sounds. Evidence suggests that triggering neural entrainment may reduce the loss of functional connectivity, combat brain atrophy, and improve cognitive function.

Fostering innovation with the Longevity Prize

We are a partner organization of the Longevity Prize, a DeSci initiative aiming to accelerate research efforts. This is a series of prizes to honor and accelerate progress in longevity and rejuvenation that is brought to you by VitaDAO, Foresight Institute, Methuselah Foundation, and Lifespan.io.

Supporting the community through fiscal sponsorship

We are also able to offer fiscal sponsorship arrangements, which offers a way for a cause to attract donors even when it is not yet recognized as tax-exempt under Internal Revenue Code Section 501(c)(3). If you would like to talk to us about fiscal sponsorship, please get in contact.

Launch a Research Project on Lifespan.io

FAQs about fundraising on Lifespan.io