Neurological Aging and the Lifespan Limit

Brain aging, even in the absence of Alzheimer's, needs to be reversed to extend lifespan. 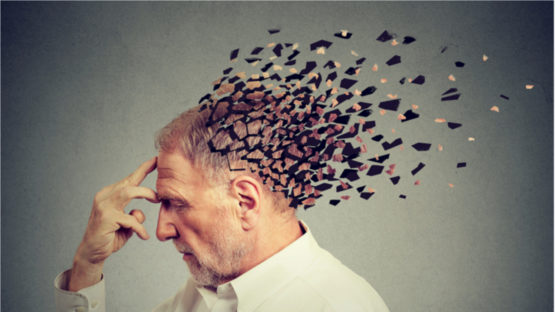 Jeanne Louise Calment from France was the oldest person to grace this Earth, living a full life until 122 years of age [1]. She continuously exercised, taking up fencing in her 80s and cycling in her 100s. She claimed to have achieved such a long life through olive oil, port, and chocolate.

There are many speculations as to why she lived so long, from inherited traits to a  hypothesis that she may have faked her mother’s identity, which is buttressed by an analysis of facial features and a plausible reason for the switch [2]. However, assuming that she is truly 122 years old, her long survival was likely due to her exercise, eating habits, and inherited long lifespan [3].

While this is an interesting thing to ponder, a more interesting question for us is ‘Why did she die at 122?’ The answer isn’t definite, but there are some speculations, particularly one that the problem didn’t lie within mobility, or habits; instead, it lied within her brain.

Dr. Mora Francisco theorizes that by 120 years of age, even if we suffer from no other age-related diseases, the number of synapses (connections between neurons) in the neocortex, a location in the brain that controls cognition and movement, decreases to that of people with Alzheimer’s disease [4].

Dr. Francisco’s paper states that this can actually lead to a form of dementia without the common indicators. Key differences in advanced age lie within calcium homeostasis in neurons and decreases in synaptic density (thereby causing a decrease in different types of matter such as grey matter)  [5].

Calcium homeostasis seems to be increasingly dysregulated with age, caused by changes in the influx (redirection with age) to neurons. This adversely influences cell structure and many molecular pathways. [6]

In a study conducted in 2003, synaptic density was found to decrease in aged adults, resulting in lower neocortical density and the density of other affected areas within the brain [7]. This is because neurons gain all their synapses by the age of one, and the amount declines from there.

Stress may seem pretty inconsequential as a contributor to brain aging; however, Harvard researchers found in a 2019 study that lower neural excitation leads to longer lifespan [8]. They reported that it was caused by a gene regulator named ‘REST,’ which does its typical job during fetal development and is found to return to its post at an advanced age, in which it causes the brain to adapt to age. People who have higher levels of neural excitation have less of this regulator, as it suppresses genes involved in neural excitation.

Efforts to reverse the decline

Currently, there are multiple efforts to combat aging of the brain. Since it’s hard to get trials approved for brain aging, and the subject is very broad, the topic is being studied as its separate disorders, including Parkinson’s and various dementias.

For Parkinson’s, drugs to increase levels of dopamine in the brain have been proven effective in mice, such as through upregulating trace amine-associated receptor 5 (TAAR5). TAAR5 is shown to generally decline with age, so this study directly targets a side effect of aging [9].

To treat Alzheimer’s, Biogen is working on aducanumab, a drug that is intended to reduce beta amyloid in the brain [10]. Beta amyloid builds up in the brain during Alzheimer’s, making this a direct effort against a disease mechanism. Age-related amyloid buildup is a normal occurrence and happens on a smaller scale for people without Alzheimer’s [11]; therefore, in lower doses, this could become useful as a treatment for brain aging.

There are many efforts being led on this front, and it is suspected that we will see new research coming out soon on these topics of interest.

Nina Khera is a teenager fascinated by the potential of longevity and genomics. She's spoken at and attended tech/biotech conferences around North America. She is especially fascinated by the eradication of senescent cells and has founded a company, Biotein, to create a future without age-related or genetic diseases.