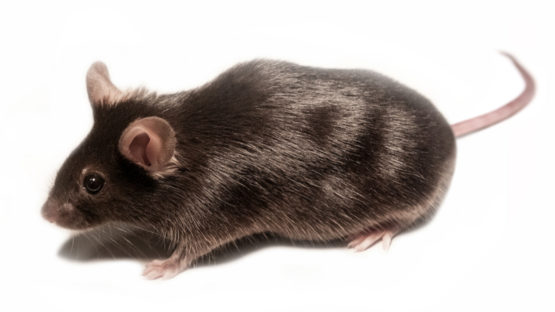 A new study in Molecular Cell has shown that the benefits of hypoxia may be derived from a suppression of the inflammatory SASP.

Can less oxygen be a good thing?

Cell cultures are typically maintained in conditions close to atmospheric oxygen levels, but these are much higher than the levels seen inside the body. This hyper-oxygenation has been shown to accelerate cellular senescence by increasing oxidative stress compared to physiological levels. Surprisingly, studies have shown that extreme hypoxia below physiological levels reduces senescence even further by inducing a quiescent-like state. These results have led scientists to question what mechanisms and biochemical pathways lie behind these effects, and it stands in sharp contrast to a study in humans that went viral late last year, which, paradoxically, showed similar effects through increasing oxygen instead of decreasing it.

Dr. Marco Demaria‘s research team at the European Research Institute for the Biology of Ageing has recently investigated mild hypoxia alongside a drug that mimics its effects [1]. While previous studies have shown typical cell culture conditions (20% oxygenation) to increase cellular senescence and extreme hypoxia (0.2%) to reduce it, neither condition is physiologically appropriate. In this study, the authors therefore chose to study normal oxygen (normoxic) conditions (5%), which are similar to in vivo levels, and a milder hypoxia (1%) than the previous studies, which induced quiescence. After inducing senescence in several cell types in vitro, no differences in senescence levels were found between oxygen conditions by a variety of measures including SA-βgal staining and p16 and p21 expression. However, expression and secretion of multiple pro-inflammatory markers characteristic of the SASP were dramatically decreased in the hypoxic condition, suggesting that mild hypoxia may limit the most deleterious effects of cellular senescence.

Oxygenation levels vary throughout the body, a circumstance that the authors used to continue their study in vivo. In naturally aged mice, they compared the epidermal layers of the skin (1% oxygenation) to the liver (up to 7%). Senescence increased in both tissues as the animals aged, but SASP expression was much higher in the liver tissue. Similar effects were seen in the kidney medulla (1.5%) and kidney cortex (9%) of both mice and humans, with an approximately equal number of senescent cells between the two regions but a much lower SASP expression in the medulla.

Hypoxia reduces the SASP through AMPK and mTOR

Returning to their in vitro experiments, the authors then investigated HIF-1α, a factor known to sense low oxygen conditions and that regulates NF-κB, a transcriptional factor known to initiate the SASP. Surprisingly, inhibiting HIF-1α was not sufficient to raise SASP levels in hypoxic cells, suggesting that other mechanisms were at play. The authors hypothesized that this may be due to energy availability, if not hypoxia, and next turned to mTOR, a well-known molecule to longevity researchers. mTOR and its downstream effectors were highly expressed in SASP-expressing, normoxic conditions and nearly absent in the previously studied hypoxic conditions. Pharmacological activation of mTOR through various means restored NF-κB and SASP expression in cells cultured under hypoxic conditions.  Further, AMPK is known to increase in low-nutrient conditions, inhibiting mTOR activity, and was increased in hypoxic cells. Suppressing AMPK restored the SASP in hypoxic senescent cells and activating AMPK inhibited the SASP in normoxic senescent cells. Together, their results show the AMPK-mTOR pathway may be responsible for the SASP-suppressing effects of hypoxia.

Unfortunately, depriving patients of oxygen isn’t a feasible therapeutic strategy. A hyperbaric chamber can be used to mimic its effects, but this requires expensive equipment and patients to remain in an enclosed space to receive the treatment. Roxadustat is a compound that has been previously shown to mimic the effects of low oxygen levels. In normoxic conditions in vitro; it increased markers of hypoxia such as HIF-1α, did not affect senescence, and decreased mTOR, NF-κB, and the SASP. Mice were treated with doxorubicin, a potent chemotherapeutic agent, and were left to age naturally to test the effects of roxadustat in vivo. Senescent cell burden was not decreased in either group, but roxadustat suppressed mTOR signaling and the SASP by multiple measures. Importantly, roxadustat also improved grip strength, which is known to deteriorate with both chemotherapy treatment and aging.

Our findings highlight the importance of oxygen as a determinant for pro-inflammatory SASP expression and offer a potential new strategy to reduce detrimental paracrine effects of senescent cells.

On one hand, oxidative stress is a well-known cause of damage and accelerator of aging. On the other, it seems counterintuitive that reducing something as vital to life as oxygen could be beneficial. This study helps illuminate how low oxygen levels could be beneficial to cells. Additionally, the findings might also apply to other interventions that have been seen to reduce the SASP, including caloric restriction and exercise. Whether reducing the SASP is impactful enough to have meaningful effects in human patients without negative side effects has yet to be seen, but hypoxia mimetics such as roxadustat are certainly promising potential longevity treatments to follow.