These findings identify the genes associated with slower genomic instability. 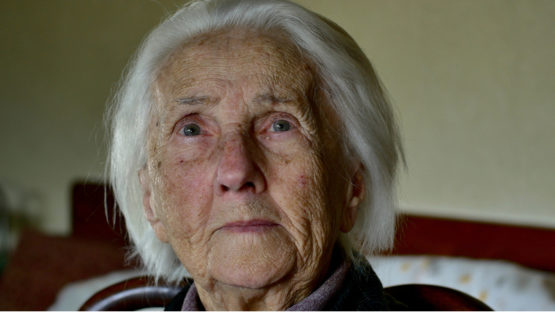 A new study has shown that people who live for over 105 years typically have a genetic makeup that allows better repair of DNA damage [1].

Looking at the genomes of people who enjoy extreme longevity

There has always been lots of interest in what allows some people to live considerably longer than their peers, but it has never been clear how they do it. The new study is the first to take a really detailed look at the genomes of these super-agers and why they might enjoy increased longevity. Not only do such people live a lot longer, the additional time is often spent in good health and without age-related diseases.

The researchers studied the genomes of 81 people aged 105 or older and compared them with 36 healthy people from the same area of Italy with an average age of 68. Taking blood samples, they then conducted whole-genome sequencing, looking for differences in genes between the two groups.

They noticed that there were a total of five common genetic alterations to the genes COA1 and STK17A that were prevalent in the 105+ group. To confirm this, they cross-checked these findings against other published studies and saw the same gene variants in people 100 years and older.

Alterations increasing the activity of the STK17A gene were commonly seen in people living to 105+ years. STK17A plays a role in the cellular response to DNA damage, pushing damaged cells to destroy themselves in a process called apoptosis and regulating the levels of reactive oxygen species present in cells. These things are important for healthy cell function and retiring damaged cells from circulation in order to reduce the risk of cancer and other diseases.

Alterations of the COA1 gene that resulted in reduced expression of the gene were also commonly observed in people living 105+ years. This particular gene is a mediator of communication between the cell nucleus and mitochondria.

Finally, the same area of the genome is associated with increased expression of the BLVRA gene in some tissue types. This particular gene is associated with the removal of reactive oxygen species from cells. These can damage parts of the cell, including the mitochondrial genome, if present in excessive amounts. They are often excessively produced by the mitochondria within aged cells. Old mitochondria are no longer efficient at producing energy and increasingly produce excessive reactive oxygen species as a byproduct.

Repairing DNA is a key to extreme longevity

Efficient DNA repair is typically a common feature of long-lived species; for example, the naked mole rat can live thirty years or longer and has very efficient DNA repair. This is a huge difference when compared to other rodents, which generally live between 1 to 3 years.

The researchers suggest that this is also true in humans and that people living to 105 and beyond have genomes that are better able to repair DNA damage. That DNA repair is an important determinant of lifespan is probably no surprise, given that DNA damage is believed to be one of the nine reasons we age.

In further support of this, the team also looked at the occurrence of DNA mutations in the genomes of each group of participants. Mutations can happen naturally and accumulate as we age. They discovered that people aged 105+ had a lower incidence of mutations in six out of seven genes that they examined. These long-lived individuals are more resilient to mutations, which may be another contributing factor for their longevity and reduction of age-related disease incidence.

The researchers conclude that their results suggest that efficient DNA repair and low mutational burden during life are two key reasons that some people enjoy increased longevity and health.

Extreme longevity is the paradigm of healthy aging as individuals who reached the extreme decades of human life avoided or largely postponed all major age-related diseases. In this study, we sequenced at high coverage (90X) the whole genome of 81 semi-supercentenarians and supercentenarians [105+/110+] (mean age: 106.6 ± 1.6) and of 36 healthy unrelated geographically matched controls (mean age 68.0 ± 5.9) recruited in Italy. The results showed that 105+/110+ are characterized by a peculiar genetic background associated with efficient DNA repair mechanisms, as evidenced by both germline data (common and rare variants) and somatic mutations patterns (lower mutation load if compared to younger healthy controls). Results were replicated in a second independent cohort of 333 Italian centenarians and 358 geographically matched controls. The genetics of 105+/110+ identified DNA repair and clonal haematopoiesis as crucial players for healthy aging and for the protection from cardiovascular events.

While the debate over the importance of genomic instability continues in academic circles, this study lends support to the idea that maintaining a stable genome, and being better able to repair damage to it, is a key factor in longevity. Knowing the associated genes and their variants also opens the door for future gene therapies that equip everyone with the same gene variants, thus granting them increased healthy longevity as well.