Aging Begins After a Rejuvenation Event in Early Life The Journal Club hosted by Dr. Oliver Medvedik returns for another episode on May 25th at noon Eastern / 5 UK time live on our Facebook page. This month, we have one of the authors, Dr. Vadim Gladyshev, joining us, and he will be talking us through this new research. Vadim and his team report that they have discovered that aging does not begin as early as we thought in humans but follows a “rejuvenation event” during embryogenesis that truly signals the start of aging.

It should be noted at this point that the study in question is currently in pre-print over at bioRxiv, and so the data has not been peer reviewed. It should not be regarded as conclusive, nor should it guide clinical practice or health-related behavior.

The notion that germline cells do not age goes back to the 19th century ideas of August Weismann. However, being in a metabolically active state, they accumulate damage and other age-related changes over time, i.e., they age. For new life to begin in the same young state, they must be rejuvenated in the offspring. Here, we developed a new multi-tissue epigenetic clock and applied it, together with other aging clocks, to track changes in biological age during mouse and human prenatal development. This analysis revealed a significant decrease in biological age, i.e. rejuvenation, during early stages of embryogenesis, followed by an increase in later stages. We further found that pluripotent stem cells do not age even after extensive passaging and that the examined epigenetic age dynamics is conserved across species. Overall, this study uncovers a natural rejuvenation event during embryogenesis and suggests that the minimal biological age (the ground zero) marks the beginning of organismal aging.

If you are a Lifespan Hero, you can join us live on the call; just visit the Heroes Corner for connection details, or look out for an email from us soon. 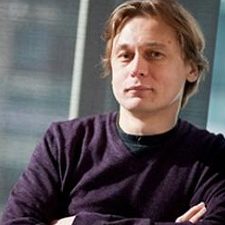 [email protected]
About the author

The Animal Life Expectancy Comparisons Research Tool (ALEC)
0 Comments
Dr. Leon Peshkin talks us through a new open access research tool he has helped to develop and which is free for researchers to use now. If a drug increases lifespan in mice by […]
Posted in: News, Op-Ed
Tags: ALEC, Leon Peshkin