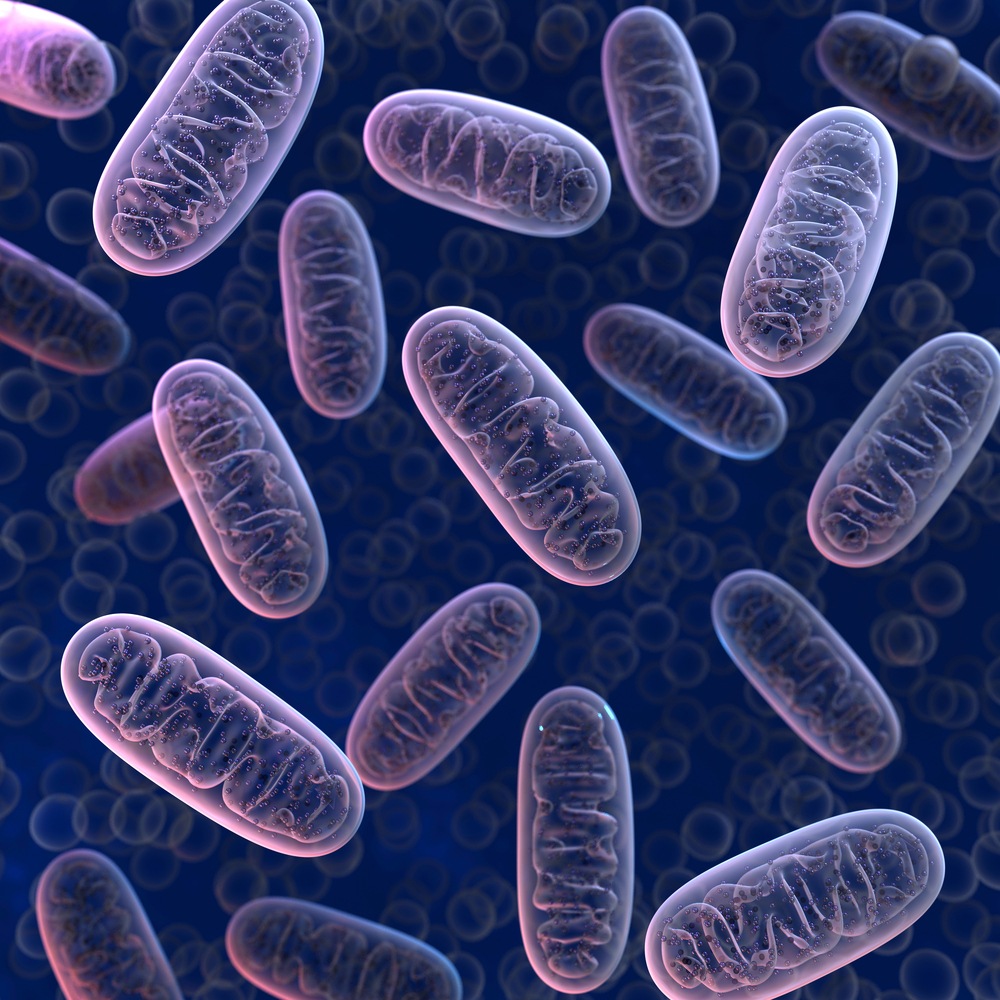 A research team has made progress in repairing the damage done to mitochondrial DNA (mtDNA) as the result of a five-year study at the University of Sheffield, UK [1]. The findings could pave the way for new treatments to tackle neurodegenerative diseases, cancer, and potentially aging.

These researchers are only thinking of the first two issues in their study, but of course their work relates to the aging processes too, one of which is mitochondrial dysfunction. So, before we discuss this new research, it’s important to understand how mtDNA damage relates to aging.

The cells in our body contain hundreds of mitochondria, symbiotic bacteria that live in our cells and generate energy in the form of adenosine triphosphate (ATP). ATP is a small molecule used in cells as a coenzyme, and it is often referred to as the “molecular unit of currency” as it is a basic form of energy used by a myriad of cellular processes [2]. ATP transports chemical energy within cells for metabolic processes.

The majority of cellular processes, such as synthesis of proteins, synthesis of membranes, cell movement, cell division, and so on, need energy. ATP is the molecule that transports energy to where it is needed within the cell and delivers it. The mitochondria are the powerhouses of the cell, and without them, we could not generate the energy we need to survive; this is why damage from aging to mitochondria is devastating to the body.

One of the hallmarks of aging [3] is genomic instability; this includes not only damage to DNA but also damage to the mtDNA. Mitochondria are unique, as they have their own DNA separate from our own, a legacy of their ancestral past from before they became part of our biology.

The mtDNA is more vulnerable to damage, due to its proximity to energy-generating processes that create reactive oxygen species as a byproduct; these free radicals, as they are called, can strike and damage the mtDNA. Mitochondrial DNA is called upon to replicate more often as a result of these free radical strikes, which increases the chances of replication errors.

It is thought that damage in the form of deletions and mutations accumulate as a result of free radical damage and contribute to aging [4]. Mitochondrial DNA is at particular risk of age-associated mutations due to free radical damage, in that it lacks protective histones and possesses inefficient repair mechanisms compared to our nuclear DNA, which is protected within the cell nucleus [5]. Therefore, these mutations and deletions of the mtDNA cause the loss of critical proteins to generate ATP for cell functions, and is likely one of the reasons we age.

Damaged or defective mitochondria are removed by the process of mitophagy, which is the selective degradation of mitochondria by autophagy. The mitochondria removed by mitophagy are then replaced by the replication of the other healthy mitochondria in the cell. Unfortunately, damage that disables the primary method of ATP generation, known as oxidative phosphorylation, creates dysfunctional mitochondria.

These dysfunctional mitochondrial mutants are able to avoid mitophagy, or they replicate faster than their healthy counterparts. This means the offspring of mutated mitochondria can rapidly take over the cell by outcompeting normal mitochondria. Before long, the entire cell is populated with mutant mitochondria not generating ATP properly and producing even more free radicals as a byproduct of their dysfunction.

The cell becomes dysfunctional as a result, but the damage is not limited just to that cell: the excessive levels of free radicals are spewed out into surrounding tissues, causing even more damage. Researchers believe this is one way that oxidatively damaged lipids enter the bloodstream and contribute to atherosclerosis during contact with the blood vessel walls.

Some researchers believe we might address this problem by improving the repair processes in mtDNA. This may potentially help mitigate the damage aging does to the mitochondria and reduce the impact this particular problem causes. In this particular five-year study, researchers reveal how the enzyme TDP1 – which was already known to help facilitate repair of damaged DNA in the nucleus – is also responsible for repairing damaged mtDNA.

The new study also shows that mitochondria also have their own repair mechanism to maintain mtDNA integrity. The research team identified a mechanism by which mtDNA is damaged and subsequently fixed. A protein known as TOP1 is responsible for untangling the mtDNA when it gets tangled. TOP1 actually breaks the mtDNA and then quickly repairs it in order to quickly straighten out the strands. However, if free radicals are striking the mtDNA, then the TOP1 proteins can also become trapped in the mtDNA, complicating the repair process.

Lead researcher Professor El-Khamisy believes their findings could open the door for the development of new therapies to treat mitochondrial disease by boosting the mtDNA repair ability via increasing TOP1 in the cell. It could also see application for cancer treatment, where TDP1 could be inhibited selectively in cancer cells preventing mtDNA repair and allowing the cancer cell to be starved of energy as the mitochondria become damaged.

Cancer cells need healthy mitochondria, as they have to divide rapidly; so, destroying their ability to generate energy could be a pathway for treating all cancers, as they all use the same mechanism to generate that energy, the mitochondria.

If we had better mitochondrial DNA repair systems in place, we could potentially resist the damage that aging causes and the various diseases linked to mitochondrial dysfunction. Would such an approach be superior to the one proposed by the SENS Research Foundation? Their MitoSENS project proposes to copy the mitochondrial genes and place those copies in the cell nucleus where they would have far greater protection, the same as our nuclear DNA does.

Remembering that our nuclear DNA has a far greater level of resilience than mtDNA does to damage, thanks to its place in the nucleus, the SENS approach has merit. Indeed, the SENS approach has already successfully copied two of the thirteen genes to nucleus and was the result of a successful fundraiser with us at Lifespan.io [6]. You can read the related publication here in the Oxford Journals.

Perhaps it will be the case that the research discussed here today will be a stopgap measure until more robust therapies, such as the MitoSENS approach, are refined and ready to be used. Certainly, the SENS approach is the more complex, but progress is being made thanks to the support of the community. That said, this research is exciting and gives us another avenue of approach to repair our damaged mtDNA, and we welcome having more options in the fight against cancer and age-related diseases.

Altos Labs’ $3 Billion Launch to Reverse Cellular Aging
0 Comments
In September 2021, we reported that Altos Labs was about to launch an ambitious project to develop partial cellular reprogramming to the point where it could be safely used in humans […]
Posted in: News, Press Releases
Tags: Altos Labs, Epigenetic Alterations, Partial Cellular Reprogramming