$1.1 billion biotech SPAC and RMAT a real shot in the arm for longevity research 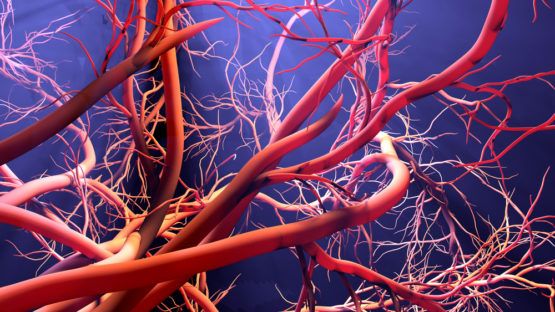 Tissue engineering company Humacyte is about to make a special purpose acquisition company (SPAC) deal in order to go public. The company is developing bioengineered Human Acellular Vessels (HAVs), which provide prosthetic vasculature to support the repair, reconstruction, and replacement of blood vessels damaged by injury or disease.

A special purpose acquisition company, or SPAC, is in essence a shell company created by investors with the singular purpose of raising money via an initial public offering (IPO) to eventually acquire another company.

This deal comes as Humacyte seeks to move from being a late-stage clinical company to a commercial one. The SPAC deal could potentially make it easier for Humacyte to go public compared to traditional methods. An advantage of taking the SPAC route over the traditional IPO is that it gives the company more time to pitch to investors and potentially get them on board.

It recently announced it is going public through a merger with a SPAC, Alpha Healthcare Acquisition Corp, which will be providing the funds. The SPAC will acquire Humacyte in a transaction slated to close during the second quarter of this year. As part of the all-stock deal, the combined company will get up to $100 million from the SPAC as well as $175 million via a private funding round. The company will trade on the Nasdaq Capital Market under the ticker symbol HUMA.

This news is a particularly interesting development as the HAV has the potential to be universally implantable, as it did not generate a foreign body or immune response in human clinical trials. This gives HAV an off-the-shelf versatility and has the potential to be repopulated with the patient’s own vascular cells, thus creating living vasculature that is functionally similar to natural tissue.

Prior to this deal, the SPAC looked at a number of companies, but with three Phase 3 trials in progress, plenty of late-stage data, a product with wide potential applications, and an in-house manufacturing process that can operate at scale, Humacyte was just too tempting to pass up on.

Humacyte holds 87 patents with another 21 pending, a proprietary human cell bank and tissue engineering methods, and an estimated market of $150 billion or perhaps higher for its products. Its initial products will consist of HAVs for treating trauma repair, arteriovenous access for hemodialysis, and peripheral arterial disease.

The transaction values Humacyte at a pre-money valuation of $800 million, with existing Humacyte shareholders converting 100% of their equity into equity in the combined companies. Humacyte is slated to have a market capitalization of $1.1 billion pending closure of the transaction.

We talked about regenerative medicine advanced therapy (RMAT) back in November 2017, when the FDA announced a comprehensive policy framework for the development and oversight of regenerative medicine products, including novel cellular therapies. Both draft guidance documents had 90-day comment periods, and at the time, we joined forces with the Niskanen Center to submit comments to the FDA to ensure that the voice of the community for longevity and healthy life extension was heard.

At the time, we were hopeful that the RMAT framework would pave the way for pioneering new technologies for aging, and we were delighted to learn that the Humacyte HAVs were given the RMAT expedited review designation by the FDA. It is particularly satisfying to finally see the RMAT framework beginning to usher in the kinds of technologies that could contribute to ending age-related diseases.

The company has also received a priority designation for the treatment of vascular trauma by the U.S. Secretary of Defense. This is great news for the military, as the system can be used when needed and simply taken out of storage, removed from its biobag, and used to potentially save a wounded person’s life without the fear of immune rejection and the need to administer immunosuppressive drugs. It expects this program to finish phase 3 evaluation and intends to file for FDA approval in 2022, and it could be used to treat battlefield trauma in the near future.

This could pave the way for more companies to take the SPAC track, and it could be very beneficial to companies working on aging. It’s also good to see how RMAT is starting to support the next generation of medical technologies like the Humacyte HAV system, and if approved, it has the potential to change how we treat heart disease and trauma. The platform is highly flexible and can operate at scale, which would mean costs could be kept down and access easier. The system has great potential, and the company has other tissues and organs in mind for future development, including a pancreas and coronary artery bypass grafts. We wish the staff at Humacyte all the best with their endeavors and hope that the SPAC deal proves to be useful in bringing this technology to market.

The Effects of Metformin and Lifestyle on Mortality
0 Comments
An outcomes study conducted by the Diabetes Prevention Program (DPP) has examined the effects of lifestyle interventions and the popular diabetes drug metformin on […]
Posted in: News
Tags: Diabetes, Longitudinal Studies, Metformin