The reduction of calories and intermittent fasting were responsible in different ways. 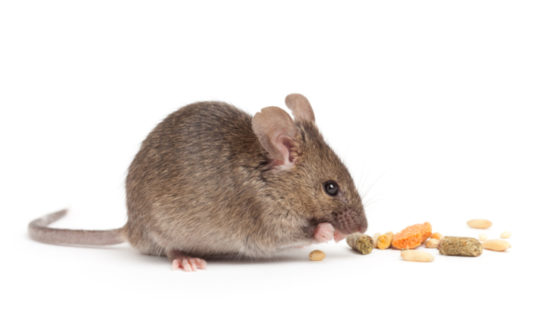 In a new study published in Science, researchers show that caloric restriction and time-restricted feeding have an additive effect on lifespan in mice [1].

Caloric restriction is considered the first intervention to reliably show that aging is a malleable phenomenon. The first trials were conducted on rats back in the 1930s and showed that drastic caloric restriction of 20% to 30% significantly increased lifespan compared to a freely fed (ad libitum) control group [2].

As promising as these early results were, the reality is more complicated. First, lab animals tend to overeat when food is abundant, so caloric restriction could just bring the number of calories to normal levels, hence it might not work as well in people who already count their calories; there have been virtually no human trials of drastic caloric restrictiom, because it’s hard to maintain.

Second, in most experiments with rodents, the animals were fed once a day. They frantically consumed their limited amount of food in roughly two hours and then went on to involuntarily fast for 22 hours straight. Today, this would be called intermittent fasting, another intervention that is gaining popularity for its supposed health-promoting qualities [3]. There are several intermittent fasting regimens, including “day in – day out”, but some of the most popular involve only eating during a 2–12-hour window.

Therefore, it is hard to determine whether it’s fewer calories or fewer feeding hours that cause caloric restriction to work so well in mice and rats. This new study attempts to provide an answer, using something the scientists of the 1930s didn’t have: automatic feeders.

If you’re a mouse, eat at night

In the freely fed group, the median lifespan was 792 days, which is quite normal for this particular highly popular strain (Black 6). This is important, because in some studies, controls are short-lived, which can cast doubt on the results.

All the caloric restriction groups demonstrated considerable gains in lifespan compared to controls, but there were major differences. The first group, mice who were being fed throughout the day, lived for only about 10% longer than controls. The two groups that were fed during the day came close to each other: the second group lived 21% longer, and the third group lived 19% longer on average than the controls. The two final groups were clear winners, with a 35% increase in median lifespan for the fourth group and 33.4% for the fifth group.

Obviously, mice that were fed at timed intervals throughout the day had their sleep disrupted, which might have diminished the gains in lifespan. The researchers admit that this demands further investigation. Mice are nocturnal animals, so if they are forced to eat during the day, this is unnatural for them and might explain the difference between the night and day groups.

There are two important takeaways from the data: caloric restriction and intermittent fasting have an additive effect, and reducing the feeding window to 2 hours seems to add little value compared to a 12-hour window.

The researchers confirmed that caloric restriction confers clear metabolic benefits. While insulin levels increased with age in the control group, this increase was attenuated in all of the restricted groups. Even though the insulin levels of young calorically restricted mice were comparable to those of young mice in the control group, the former had lower blood glucose levels, indicating improved insulin sensitivity.

The researchers also analyzed gene expression in the liver. Transcriptomes of young and old mice in the control group clustered separately due to obvious age-related changes. The transcriptomes of young mice in the caloric restriction group clustered separately, meaning that caloric restriction affects gene expression in young mice.

Finally, all old calorically restricted mice also clustered together in their transcriptomes, between old mice in the control group and young calorically restricted mice, showing that the intervention attenuates age-related transcriptomic changes. About 50% of age-related changes in gene expression were reversed by all caloric restriction regimens.

The researchers found 159 genes that responded specifically to intermittent fasting rather than caloric restriction, confirming that their effects are at least somewhat additive. 69 genes were specifically protected against age-related expression changes in groups that were restricted to low-calorie nightly feedings.

This study attempts to disentangle the effects of caloric restriction and intermittent fasting and to give us an improved understanding of how those two interventions work. Since drastic reduction of calories is hardly achievable by humans in real life, the indication that time-based feeding might be partly responsible for the life-prolonging effect of caloric restriction is encouraging. The lack of sex diversity is a serious limitation since many life-prolonging interventions seem to work differently in males and females. Hopefully, this will be addressed in further research.