Can a Mediterranean Diet Slow Down Aging? Nobody has yet been able to prevent or avoid time’s effects on our bodies and minds, and they are inevitable until science finds the solutions to aging. However, before then, we can do some things to try to slow the processes of aging down.

One potential approach is to follow the Mediterranean diet. This diet plan has already been reported to work for many health issues, and recent research suggests that we can use it to fight the aging process as well.

A new series of six studies appearing in the March issue of the Journals of Gerontology have found new correlations between a Mediterranean diet, aging, and health [1-6]. There are also a mountain of previous studies suggesting that this diet may help to somewhat slow aging.

What is the Mediterranean diet?

The Mediterranean diet is based on the foods that people in Greece and Italy used to eat in the 1940s and 1950s [7]. It has been suggested that these people had far better physical and mental health than the Americans of that time. The Mediterranean diet focuses on the intake of fresh vegetables and fruits that offer vital nutrients.

In this diet, red meat is eaten on only rare occasions, while fish and seafood are a must. Eggs, yogurt, milk, and cheese are also present in moderation. Sweets, artificial sweeteners, processed meat, and highly processed foods have no place in the Mediterranean diet. In various studies, the Mediterranean diet has been reported to have the following benefits:

Could the Mediterranean diet slow down aging processes?

It has been suggested that the Mediterranean diet may reduce some of the damage that aging causes to every bodily system and organ.

A US study led by Dr. Yang Gu, published in the journal Neurology, investigated the effects of the Mediterranean diet and its ability to slow down the aging process and maintain brain volume [8].

In this study, the researchers looked at information gathered from 674 elderly people who followed the Mediterranean diet and did not suffer from dementia, which is one of the most common diseases among elderly patients.

Likely due to the large amounts of fruits, vegetables, fish, omega 3 fatty acids, and the moderate intake of red meat, alcohol and dairy products, the Mediterranean diet was found to be effective at reducing the occurrence of dementia. The researchers also observed that the brains of this diet’s followers were approximately 13.11 millimeters larger than those of non-followers, suggesting improved brain tissue health.

A very recent study published in the Journals of Gerontology discussed the potential of the Mediterranean diet [1]. It was shown that the Mediterranean diet results in reduced levels of C-reactive protein, a known inflammatory biomarker associated with aging. This study noted that there were a variety of potential mechanisms influencing the chronic inflammation associated with aging, often called inflammaging, and that followers of this diet typically had less inflammation.

However, the researchers also note that due to the number of potential factors that may be playing a role here, as evidenced in the observational studies, further research is needed to gain deeper insights into what specific factors are most influential. In doing so, this would allow the diet to be optimized to best promote health and offset age-related decline. They conclude with the following:

“In the meantime, a dietary pattern that emphasizes plant-based foods, as favored by our research participant has much to recommend it. “

Although the researchers are still unsure of the exact mechanisms of this diet and its apparent ability to slow down aging, their research concludes that it does a great deal for physical and mental health.

Committing to the Mediterranean diet

If you commit to following the Mediterranean diet, introduce fresh fruits and vegetables, nuts, seeds, fish, seafood, and olive oil into your diet. These foods contain vitamins, minerals, proteins, fats, carbohydrates, and antioxidants, which have been reported to have potential health benefits.

This diet also requires that you drink a lot of water and as little alcohol as possible and that you avoid refined sugars, artificial sweeteners, sweets, red meat, and all processed foods. The potential health benefits are worth this sacrifice, particularly considering that this diet may help you to maintain your health as you grow older.

While everyone is different and diet affects people in different ways, the myriad of studies showing the positive health and potential longevity benefits of a Mediterranean diet make it worth considering. There is considerable supporting scientific evidence that the Mediterranean diet may help to slow down the aging process. Choosing to make the commitment to follow this diet, and potentially have a longer and healthier life, is up to you.

[2] Tosti, V., Bertozzi, B., & Fontana, L. (2017). Health Benefits of the Mediterranean Diet: Metabolic and Molecular Mechanisms. The Journals of Gerontology: Series A, glx227. 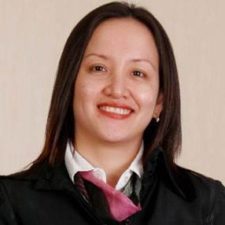 Margaux Diaz has been writing about health, beauty, skin care, and fitness for many years. She is very passionate about her work and she has devoted herself to influencing and motivating others to adopt a healthy lifestyle.
No Comments