Lifespan News – Anyone Can Fight Aging

This video highlights the contributions of non-professionals to the rejuvenation movement. 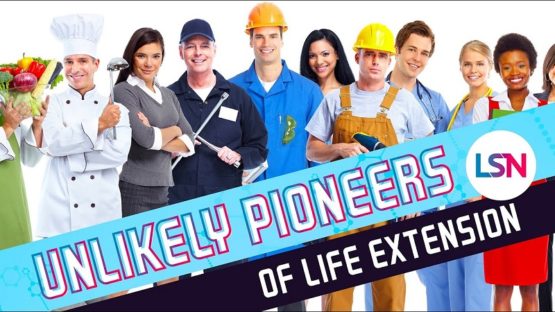 On this episode of Lifespan News, Ryan O’Shea discusses how a background in biology is not always necessary to join the fight against aging.

The longevity industry is booming right now. Millions of dollars of investment and donations are pouring into startups, research labs, and organizations that are seeking to understand and solve the problem of human aging. And this means that more and more people are joining the fight, both because of the positive impact they can make on the world, and because there’s potentially a lot of money to be made.

But you don’t need a background in medicine or biology for careers in longevity science. Plenty of well known people come from what might be considered non-traditional backgrounds and work in life extension.

Nathan Cheng, the Program Director of the On Deck Longevity Biotech Fellowship, recently highlighted some examples of leaders and founders working on aging that came from various backgrounds.

Jonah Sinick received his Ph.D. in Mathematics at the University of Illinois, where he focused on number theory and hyperbolic geometry. He was formerly head of Data Science at BioAge Labs before he became CEO of Y Combinator startup Equator Therapeutics.

Reason, who has advanced degrees in Space Physics and Astrophysics, writes about longevity science at his blog fightaging.org. Fight Aging! began as a science and advocacy blog in 2004, an outgrowth of a similar initiative called the Longevity Meme. In 2018, he founded Repair Biotechnologies alongside Bill Cherman, who also does not come from the traditional biology background.

Thiel Fellow Laura Deming founded the first longevity-focused venture fund in 2011, at the age of 17. Although Laura did some C.elegans biology work in the lab of Cynthia Kenyon when she was 14, she went on to study physics at MIT.

Ben Kamens earned a Bachelor’s degree in computer science and philosophy from Duke University before becoming VP of Engineering at Khan Academy. He self-learned biology and founded Spring Discovery, a startup with a drug discovery platform that uses artificial intelligence to develop therapies.

Daniel Oliver received a degree in Mechanical Engineering from Caltech and an MBA from Harvard Business School. It was at Caltech that Daniel met Noah Davidsohn, with whom he’d go on to found Rejuvenate Bio, a George Church lab spinout that is developing a combination gene therapy to reverse aging in dogs.

Joe Betts-LaCroix earned a Bachelor’s degree in earth sciences and a Master’s degree in robotics at MIT, and did biophysics research at Caltech. He has experience founding DNA sequencing and electronics companies and was a co-founder of Vium, which is now part of the drug discovery company Recursion. Joe is co-founder of Retro Biosciences, a startup seeking to develop therapies for age-related diseases.

Peter Fedichev received his Master’s in Physics at Moscow State University and his Ph.D at Amsterdam University. Fedichev eventually switched from writing physics papers to more biology and drug discovery related papers, and in 2012 he co-founded Gero, an AI drug discovery startup that leverages data from whole-exome sequencing. An affiliated company, GeroSense, attempts to develop biomarkers of aging using biometric and biotracking data.

Remember, anyone can fight aging, no biology background required!