This approach is most effective when both mTOR-dependent and independent pathways are activated. 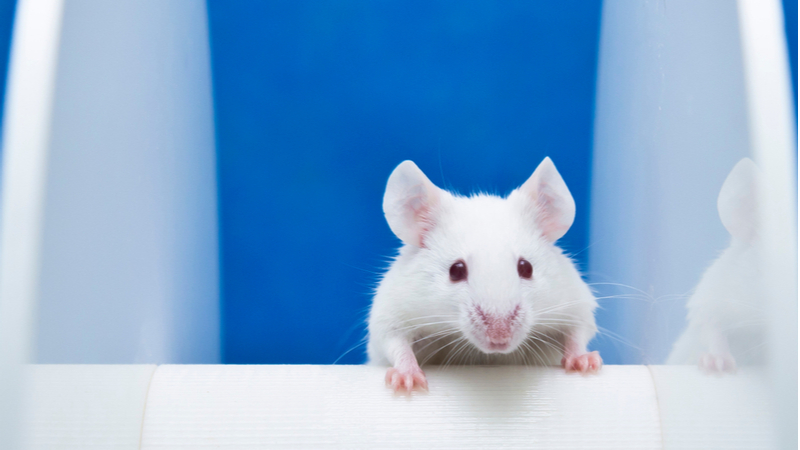 In a new study published in Pharmacology Biochemistry and Behavior, researchers have shown that a combination of two compounds targeting different autophagy pathways is effective in fighting the pathological mechanism of Alzheimer’s disease in a mouse model [1].

Cleaning up is a big deal

The accumulation of “junk”, such as misfolded proteins and damaged organelles, inside and outside the cells in an organism is considered to be one of the key processes underlying aging. Thus, increasing autophagy, the natural process that cells use to get rid of cellular debris, is actively being studied as a way to slow down aging and to treat some age-associated diseases.

The most widely known way of inducing autophagy is by inhibiting the mTOR pathway, such as with rapamycin. However, mTOR-independent autophagy, which can be induced by lithium among other compounds, is also actively being researched as a defense against aging. Targeting both pathways might be more beneficial, particularly for combating neurodegenerative diseases.

Alzheimer’s disease is a classic example of a neurological condition characterized by the accumulation of nonfunctional and harmful materials that overwhelm the cell’s ability to clear them away.

The cytotoxic aggregates of amyloid-β peptide and tau protein in the brain are considered the core molecular mechanisms of Alzheimer’s. Nevertherless, it is still not clear if these aggregates are the primal cause of the disease.

Previous research has shown that autophagy, including mitophagy, the clearance of damaged mitochondria, is compromised in Alzheimer’s disease. Stimulating mTOR-dependent autophagy proved effective in animal models of the disease: it decreased amyloid accumulation and prevented cognitive decline [2].

In this study, the researchers sought to investigate if targeting mTOR-independent autophagy with trehalose in addition to the mTOR-dependent pathway with rapamycin would bring additional benefit in a mouse model of Alzheimer’s disease.

To induce Alzheimer’s-like pathology, the researchers injected amyloid-β into the ventricles of the brains of 2-month-old male mice. The mice were then divided into several groups, including animals treated with a combination of trehalose and rapamycin along with animals treated with individual drugs.

The treated animals were compared to a control group injected with water and to the untreated, amyloid-β-injected group. This was an important part of the study design because amyloid-β administration itself induces autophagy.

To assess autophagic activity, the researchers first quantified the protein expression of an autophagy marker, LC3-II, in several brain structures that are notably affected in Alzheimer’s disease. Trehalose treatment significantly upregulated autophagy in the hippocampus and frontal cortex, while the combined treatment was more efficient in inducing autophagy than monotherapies in the amygdala and dentate gyrus.

Analysis of mRNA expression of several autophagy-related genes in the hippocampus showed that trehalose was the most efficient in upregulating all the genes tested.

Meanwhile, the accumulation of amyloid-β in the hippocampus and frontal cortex was reduced in trehalose-only, rapamycin-only, and combination-treated groups without a significant difference between them. Likewise, either alone or in combination, the two compounds brought down the activation of microglia (neuroinflammation).

Neuronal density staining revealed that amyloid-β administration led to neuronal loss in the hippocampus. Inducing autophagy with either individual compound, or their combination, prevented neuronal death, as evidenced by the comparison of these groups to the control.

In addition to histological examination of the brain tissue, the researchers conducted several behavioral tests. The combined treatment proved most efficient in reducing anxiety, while all three autophagy-inducing treatments restored the memory and learning impairment brought on by the amyloid-β administration.

This study shows that the induction of autophagy by trehalose alone or in combination with rapamycin in general is more beneficial than rapamycin-only treatment in an animal model of AD. This points out the importance of activating the mTOR-independent pathway to address neurodegeneration.

The authors argue that unlike rapamycin, which acts through mTOR, trehalose affects the expression of several transcription factors, including FOXO1 and TFEB, which, in turn, regulate the expression of autophagy genes. This leads to an increased production of lysosomes.

Three steps underly autophagy: the formation of autophagosomes, debris-containing vesicles; their fusion with lysosomes, organelles filled with digestive enzymes; and, ultimately, degradation [3]. Trehalose might improve one or several of these processes, thus leading to a neuroprotective effect.

It would be exciting to see if this approach can be translated into clinical practice and reverse molecular and cognitive impairments in people with Alzheimer’s disease as effectively as in mice.

[1] Pupyshev, A. B. et al. Combined induction of mTOR-dependent and mTOR-independent pathways of autophagy activation as an experimental therapy for Alzheimer’s disease-like pathology in a mouse model. Pharmacol. Biochem. Behav. 173406 (2022).