Why we Age: Stem Cell Exhaustion

Stem cell exhaustion, as explained in the Hallmarks of Aging, is the age-related deficiency of stem cells. This particular hallmark is directly responsible for many of the physical problems associated with aging, such as frailty and a weakened immune system and is one of the nine reasons we age.

What are stem cells?

As explained by our article about epigenetic alterations, while every cell in your body has the same genetic code, regions of DNA are turned off and on in each one, allowing us to have many unique cell types. While normal cells cannot change their epigenetic settings very easily, stem cells have greater freedom, allowing them, in some cases, to turn into effectively any cell type in the body.

Stem cells perform a wide range of functions, including beneficial signaling that improves tissue function, regulation and health [1] as well as the replacement of damaged or lost red blood cells [2], white blood cells [3], and solid tissues [4].

Because of the importance of these functions, a reduction in stem cell activity, also known as stem cell exhaustion, can lead to many diseases and general issues, such as immunosuppression through reduced production of bacteria-killing and virus-killing white blood cells [5], muscle loss, frailty, and the weakening of bones [6-7].

As we age, the activity of our stem cells slowly decreases for multiple reasons. For instance, senescent cells constantly secrete a mixture of pro-inflammatory, immunosuppressive chemicals known collectively as the senescence-associated secretory phenotype (SASP), which reduces stem cell activity, contributing to immune senescence and loss of tissue regeneration.

The SASP is part of a wider inflammatory phenomenon known as “inflammaging“, which comes from a range of sources and creates a smoldering background of chronic low-grade inflammation that disrupts stem cell function and tissue repair. Inflammaging is caused by senescent cells, cell debris, crosslinks, immunosenescence, and age-related changes to the gut microbiome.

Stem cells are also not immune to direct damage and destruction: telomere shortening, for instance, can lead to stem cells losing function [8] and becoming senescent [9], and while numerous quality-control mechanisms are in place, their DNA can slowly mutate to the point of causing senescence or cancer [10].

Therefore, while the pool of stem cells can regenerate itself, it does so with lower quality and speed over time, eventually contributing to chronic diseases.

Isn’t there a controversy about stem cells coming from embryos?

In the early days of stem cell research, the most versatile stem cells were collected from early-stage embryos. However, a lot has changed in the last decade, and we have found ways to turn adult cells back into stem cells and re-inject them back into the body. We call these reprogrammed adult stem cells induced pluripotent stem cells (iPSCs) [11].

iPSCs were first created by Shinya Yamanaka, who was later awarded the Nobel Prize for this accomplishment when he discovered a set of signaling chemicals that influenced ordinary cells into becoming stem cells. These chemicals were later named Yamanaka factors, and they also appear to reverse another cause of aging, epigenetic alterations, to some extent [12].

Thanks to the widespread use of iPSCs, novel stem cell therapies should not need to use embryonic cells; therefore, there are no longer any related ethical issues surrounding their use.

How can we fix stem cell exhaustion?

Stem cell research is perhaps the most mainstream of research topics in the aging field, and it attracts a vast amount of funding. In general, stem cell research has made rapid progress in the last decade and is a well-funded area of regenerative medicine. There are already multiple stem cell therapies already in clinical use, and many others are currently in clinical trials. Some of them attempt to replace our current stem cell compartments, and others seek to repair the cells that are already there. In addition, NAD+ therapy has been shown to fight stem cell senescence [13].

Finally, removing senescent cells and their secreted SASP may also potentially have a positive impact on stem cell function; the removal of some inflammatory sources would likely reduce the overall burden of inflammaging and could plausibly reduce stem cell inhibition.

Stem cells are important in tissue repair, immune function, blood production, and many other important functions. Over the currently normal human lifetime, they decrease in quality through the accumulation of damage, as seen in the other Hallmarks of Aging, and, eventually, the pool of stem cells runs out.

While research into stem cells was previously controversial, embryonic tissue is no longer needed. Stem cells are an exciting and broad field of research, and a great deal of activity in this area is currently ongoing. In a preprint published in bioRxiv, a team of Singaporean researchers, including Jan Gruber, has found that a combination of stem cell rejuvenation and senescent cell removal is synergistically more effective than either alone. Different but related aspects of aging Why we Age: Cellular SenescenceAs your body ages, more of your cells become senescent. Senescent... A review published in Frontiers in Cell and Developmental Biology has explained how DNA damage and its accompanying immune response lead to changes in the microenvironment of stem cells, causing a decline in their function. Why we Age: Stem Cell ExhaustionStem cell exhaustion is the age-related deficiency of stem cells. This particular hallmark is directly... Scientists showed that hair loss happens partially as a result of stem cells escaping from hair follicles. They also shot a stunning time-lapse video of the process. The stem cell cycle Stem cells reside in “stem cell compartments” in various tissues. By differentiating into multiple types of cells upon demand, they contribute to tissue regeneration.... The Effects of Caloric Restriction on Stem Cells

A review published in The Malaysian Journal of Medical Sciences has outlined what effects caloric restriction (CR) has on the development and differentiation of stem cells. Stem cells and their exhaustion The reviewers began by discussing stem cell exhaustion, a hallmark of aging and a common concern of aging research that we have covered extensively.... 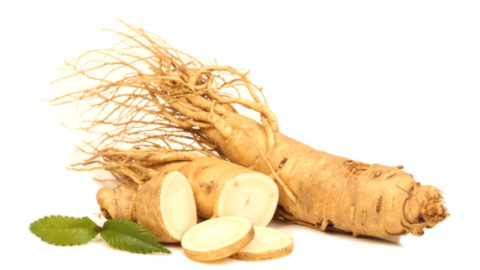 A study conducted by researchers at the University of Taipei in Taiwan has shown that the ginseng derivative Rg1 decreases the cellular senescence marker p16INK4a in fitness-trained men 24 hours after exercise. An experiment to link p16INK4a, aging, exercise, and Rg1 The cell cycle inhibitor p16INK4a, which is also a well-known biomarker of senescent cells,...