Why we Age: Epigenetic Alterations

Epigenetic alterations, as described in the Hallmarks of Aging [1], are age-related changes in gene expression that harm the fundamental functions of cells and increase the risk of cancer and other age-related diseases.

What are epigenetic alterations?

One of the proposed reasons we age is the changes to gene expression that our cells experience as we get older; these are commonly called epigenetic alterations. These alterations harm the fundamental functions of our cells and can increase the risk of cancer and other age-related diseases.

The DNA in each of our cells is the same, with only slight differences, so why do our various organs and tissues look so different, and how do cells know what to become?

Gene expression is modified by the addition of epigenetic markers to the DNA changing the pattern of gene expression in a cell, suppressing or enhancing the expression of certain genes in a cell as the situation demands.

You might think of DNA as the building blocks and epigenetics as the instruction manual that explains how to assemble those blocks to make a certain structure to suit a particular situation.

However, as we age, our cells are exposed to environmental factors and are subject to negative changes in their genome through epigenetic mechanisms. Such changes accumulate over time and have been correlated with the decline observed in aging cells.

Post-translational modifications of histones regulate gene expression by organizing the genome into active euchromatin regions, where DNA is accessible for transcription, or inactive heterochromatin regions, where DNA is compacted and less accessible for transcription. Aging causes these regions to change, which changes gene expression.

Aging also causes an increase in transcriptional noise, which is the primary cause of variance in the gene expression happening between cells [4]. Researchers compared young and old tissues from several species and identified age-related transcriptional changes in the genes encoding key components of inflammatory, mitochondrial, and lysosomal degradation pathways [5]. Finally, chromatin remodeling alters chromatin from a condensed state to a transcriptionally accessible state, allowing transcription factors and other proteins to access DNA and control gene expression.

If we can find ways to reset age-related epigenetic alterations, we can potentially improve cell function, thus improving tissue and organ health.

One potential approach is the use of reprogramming factors, which reset cells to a developmental state, thus reverting epigenetic changes. We have been doing this for over a decade to create induced pluripotent stem cells, and recent work has seen a therapy based on that technique applied to living animals to reset their epigenetic alterations [6]. This reversed a number of age-related changes, and work is now proceeding with the goal of translating this to humans.

Epigenetic alterations might be considered like a program in a computer, but in this case, it is the cell, not a computer, being given instructions. Ultimately, damage causes changes that contribute to the cell moving from an efficient “program” of youth to a dysfunctional one of old age. If we can reset that program, we can potentially address this hallmark of aging, and a number of researchers are working on that right now. Researchers have shown that age-related loss of bone maintenance is caused by changes in gene expression [1]. Perhaps most importantly, those changes can also be reversed and the bone marrow stem cells rejuvenated. Bones become weaker as we age as stem cell function declines With advancing age, it is typical for our bones to become... A study funded by the National Institutes of Health has found that excessive alcohol consumption increases the epigenetic age of non-Hispanic White women according to the GrimAge epigenetic clock. Why we Age: Epigenetic AlterationsEpigenetic alterations are age-related changes in gene expression that harm the fundamental functions of cells and increase the risk of cancer and...

An article preprint published on bioRxiv shows that a single OSKM treatment in early life provides lifelong benefits in mice. Why we Age: Epigenetic AlterationsEpigenetic alterations are age-related changes in gene expression that harm the fundamental functions of cells and increase the risk of cancer and other age-related diseases. One of the proposed reasons we... In a randomized, controlled human clinical trial, researchers have found that an eight-week program of diet, exercise, and meditation reduces epigenetic age by approximately two years in males between the ages of 50 and 72. A prescription for health For this study, the researchers used entirely conventional and widely recognized methods of improving health among... Scientists have devised a transcriptome-based aging clock that allows for precise measurement of biological age in C. elegans worms and shows promising results in humans as well [1]. The purpose of aging clocks One of the central questions of longevity research is how to measure biological age. If a pathology, genetic difference, lifestyle choice, or... 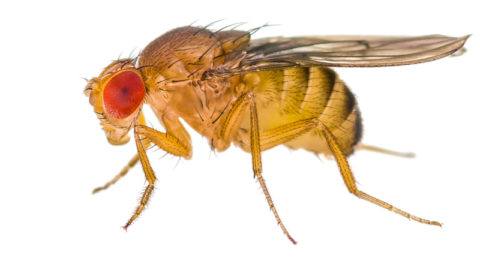 Scientists have successfully reversed the decline in cellular stress response in drosophila flies [1]. Our cells rely on epigenetic regulation to do their various jobs: while a muscle cell has the same genome as a liver cell, the difference in gene expression is what sets them apart. With age, these complex epigenetic patterns can go... 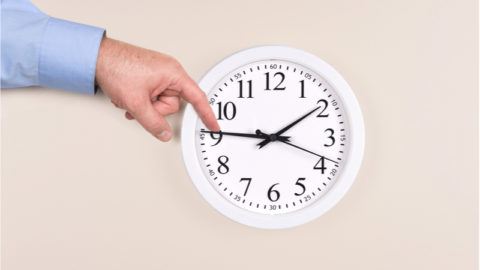 Researchers from the Reik lab at the Babraham Institute have used the four Yamanaka reprogramming factors (OSKM) in order to epigenetically rejuvenate cells by 30 years, according to one epigenetic clock. Why we Age: Epigenetic AlterationsEpigenetic alterations are age-related changes in gene expression that harm the fundamental functions of cells and increase the risk of... New Aging Clock May Be Most Accurate to Date

These days, it seems like you cannot go for a walk without tripping over another aging clock, and today is no exception. DeepMAge, a DNA methylation aging clock developed using deep learning, has recently been created by the Hong Kong-based company Deep Longevity. There are two common ways to measure age: biological and chronological. The... Researchers at the Sinclair Lab at Harvard Medical School have restored lost vision to old mice, and mice with damaged retinal nerves, using partial cellular reprogramming. The aged cells can be reset to become younger again using this approach and are better at repairing damaged tissue. The approach has huge potential in the treatment of... Dr. Steve Horvath is very well known in the field for his groundbreaking work on epigenetic clocks, which use one of the hallmarks of aging, epigenetic alterations, in order to calculate biological age. In his talk at Ending Age-Related Diseases 2020, he discussed how such clocks can be used to evaluate the effectiveness of rejuvenation... Today, we want to highlight another study that takes us a step closer to getting partial cellular reprogramming to the clinic. Yamanaka Factors and Partial Cellular ReprogrammingDrs. Takahashi and Yamanaka showed that they could use Oct4, Sox2, Klf4, and c-Myc (OSKM) to reprogram cells back to pluripotent, embryonic stem cells. While this discovery showed that cellular identity... A new analysis has revealed a core set of genes involved in aging in both humans and mice. Together with a broader set of age-related genes assembled by the study [1], this resource will serve as a launching point for further investigations of the mechanisms behind aging and age-related diseases. The heart of the matter...