Epigenetic Clocks – What are they?

by
Greg Gillispie
Share
Comments Off on Epigenetic Clocks – What are they?

Epigenetic clocks are the gold standard when it comes to measuring biological age, but what are they really?

How do we measure age?

This question is not as easy as it appears. There’s a lot of talk about clocks in aging research, which may seem unusual if you aren’t familiar with the field. Chronological age is the most common and simplest definition of aging, as it is simply how much time has passed since birth. While obviously very useful, this definition has several limitations.

The hope and promise of anti-aging interventions is to slow or even reverse biological aging. Obviously, these interventions cannot impact chronological age, rendering it useless as an outcome measure. We can use the onset of age-related morbidities or mortality as experimental endpoints, but these take many years or even decades to measure.

For these reasons, more precise measures of biological age are highly desired by the longevity field, and this is where epigenetic clocks come in.

What is an epigenetic clock?

In simple terms, an epigenetic clock is a type of biochemical test that can be used to measure biological age. It uses DNA methylation levels and measures the accumulation of methyl groups on DNA to determine the biological age of a subject.

The prefix “epi” means “over, outside of, around.” Therefore, epigenetics most often refers to processes which occur in addition to our genes, and sometimes even to molecules that literally lie on top of our DNA. Epigenetics can change how our genes are expressed without changing the underlying genetic code. These processes are extremely important to the longevity field, so much so that epigenetic alterations are considered one of the key hallmarks of aging.

The sequence of nuclear DNA is more or less the same in each of our cells, and it remains relatively constant over time. Epigenetic modifications are one way in which our cells can act very differently, depending on their tissue type or stage of life. There are various types of epigenetic changes that can be made on top of the genome. For example, DNA is made compact by winding around histones. When tightly packed, genes cannot be read, and therefore the proteins they encode are not synthesized. Certain factors can cause histones to unwind, exposing the genes to the protein synthesis machinery [1].

Another major type of epigenetic alteration is DNA methylation, where methyl groups get added to DNA. In humans, it has been found almost exclusively at CpG sites (regions of DNA where a cytosine nucleotide is followed by a guanine nucleotide) [2]. Methylation can change the activity of a gene without changing its sequence. For example, methylation will repress gene transcription when located at a gene promoter, and methylation status at CpG sites has been shown to play a critical role in tissue development and maintenance [3]. It has also proven to be one of the most useful measures of age across cell types and even different species.

You can learn more about epigenetic alterations by clicking the topic box below.

Several epigenetic clocks have been developed over the past decade. They differ from one another in their statistical methods and the starting datasets they use to develop their equations. The most well-known and well-studied of these is the pan-tissue Horvath clock published in 2013 [4].

In developing (sometimes referred to as ‘training’) this clock, thousands of healthy samples from 39 different datasets were used. These samples represented 51 different tissues and cell types and a wide range of ages. From each of these samples, 21,000 different CpG sites were considered. From this data, a penalized regression model was used to develop a weighted average of 353 CpGs whose methylation status were predictive of age in this training dataset.

The resulting “clock” was actually an equation that predicts age based on the methylation of those 353 CpG sites. This equation was then validated on similar samples from 31 different datasets. The Horvath clock was able to predict the ages of these new samples with a median error of only 3.6 years. Chronological age and predicted age correlated strongly together, with a Pearson correlation coefficient of 0.96 (out of 1). Notably, it performed well in various tissue and cell types. These results were extremely impressive at the time, especially in comparison to other, more variable, measures of age such as telomere length [5] and p16 expression [6].

Since then, the Horvath clock has been utilized and modified for a number of purposes, including comparisons between different tissues, diseases, hallmarks of aging, and species.

Hannum et al. also published a paper in 2013, training their model with the blood cells of 656 human individuals. Their penalized multivariate regression method started with 485,000 CpG sites, yielding 71 that were used to estimate chronological age. When validated using a dataset which differed from the training dataset, methylation age and chronological age were highly correlated (Pearson correlation coefficient of 0.96) and had a root mean square error of 4.9 years. Since the Hannum clock was trained using only blood samples, it could not be directly applied to samples from other tissue types. However, adjustments were calculated for breast, kidney, lung, and skin tissue leading to a similar predictive ability to that of blood samples [7].

One critique of the Horvath clock is its dependence on chronological age as the training measure. The result may be an equation which estimates chronological age very accurately but does not capture biological age. The PhenoAge clock uses a variety of clinical measures to create a composite score or “phenotypic age” to represent how old an individual presents as. This PhenoAge was used to train a similar epigenetic clock, resulting in an equation that estimates PhenoAge based on the methylation status of a DNA sample. Relative to chronological age, methylation age was predictive of aging outcomes such as all-cause mortality, cancer, physical function, and Alzheimer’s better than the previous Horvath clock [8].

The GrimAge clock developed 8 sets of CpGs, each representing a different age-related biomarker: adrenomedullin (ADM), beta-2-microglobulim (B2M), cystatin C, growth/differentiation factor 15 (GDF-15), leptin, plasminogen activator inhibitor-1 (PAI-1), tissue inhibitor metalloproteinases 1 (TIMP-1), and smoking history. A linear combination of these CpG sets with chronological age and sex was used to develop the GrimAge measure. The researchers also developed an age-adjusted measure termed “AgeAccelGrim.” This was functionally similar to the difference between predicted and actual age of other epigenetic clocks in that it is also used to quantify how much an individual’s biological age differed from that person’s chronological age.

When compared to Horvath, Hannum, and PhenoAge, GrimAge proved to be more predictive of mortality, heart disease, cancer, fatty liver/excess fat, and early age at menopause. Unlike the other epigenetic clocks, the individual CpG sets which combine to form GrimAge can also be used individually, potentially with more predictive ability depending on the application [9].

Interestingly, cells that are induced to become pluripotent stem cells (iPSCs) have their epigenetic clocks reset, and stem cells in general show a lower methylation age than their fully differentiated counterparts [4]. The methylation age of cells also increases with passaging in cell culture. This occurs even with telomerase expression, suggesting that it is independent of telomere shortening [33, 34].

Senescent cells that are induced via irradiation-related DNA damage and oncogene activation also don’t show increased age when measured by epigenetic clocks [35,36]. Furthermore, not all longevity drugs have been found to impact methylation age. Rapamycin reduces methylation age, for example, while NAD, NR, and Metformin do not [34, 36].

Many of these findings are corroborated only in certain epigenetic clocks and/or when measured in certain tissues, but it seems clear that some of the differences between chronological and methylation age can be attributed to biological aging.

Looking ahead at the future development of epigenetic clocks

One of the biggest unanswered questions surrounding these clocks is whether they are measuring a cause or an effect.  Methylation of different CpG sites does impact gene expression, but whether this change in gene expression contributes to aging is not known. Initially, the primary view was that epigenetic clocks were simply measuring the effects of aging, but studies are beginning to provide evidence it could be driving aging as well [36]. If this is the case, these could provide interesting new targets for anti-aging therapies.

Importantly, there are many other epigenetic clocks beyond the four discussed here, such as the DunedinPoAm and the DunedinPACE clocks and those developed for other species/organisms [37-40]. As interest in these clocks accelerates, they will undoubtedly continue to be improved upon. Future studies will aim to more concretely define biological aging and to further distinguish it from chronological aging. The next generation of epigenetic clocks will likely continue to become more precise, accurate, validated, and application-specific – as well as more complicated.

Beyond development, future research will also look more towards application. These clocks can be utilized to test basic theories in the biology of aging, diagnose biological age, and assess risk of age-related disease. The near future will likely see clinical trials which report changes to methylation age as exploratory outcomes [41]. Beyond longevity, these clocks also have applications in the fields of forensics, archeology, and zoology.

While much is uncertain, it seems only a matter of time until this once-niche area grows into a fully-fledged field of its own. 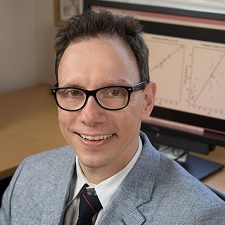 In his talk at Ending Age-Related Diseases 2021, Steve Horvath discussed a cytosine-based, pan-mammalian epigenetic clock that works across a wide variety of species. He also discussed how several of the hallmarks of aging do not seem to have any effect on epigenetic alterations. ﻿ Script Hello, thank you for your interest. My name is... Researchers have developed a biological aging clock based on movement data from wearable devices. Using their clock and the same dataset, they identified a few possibly life-prolonging nutrients and drugs [1]. I move, therefore I am Developing reliable biomarkers of aging is crucial for geroscience, since deducing the geroprotective effect of interventions from mortality alone,...

With so many health and disease outcomes connected to the biological aging processes, research into quantifying and tracking aging has surged in recent years due to the work of Steve Horvath, Morgan Levine, and others. Currently, epigenetic analysis of biological aging is thought to be the most comprehensive and accurate measurement of aging that is...
About the author