Working in Longevity with a Non-Traditional Background

You don't need formal biology training to get involved in longevity. 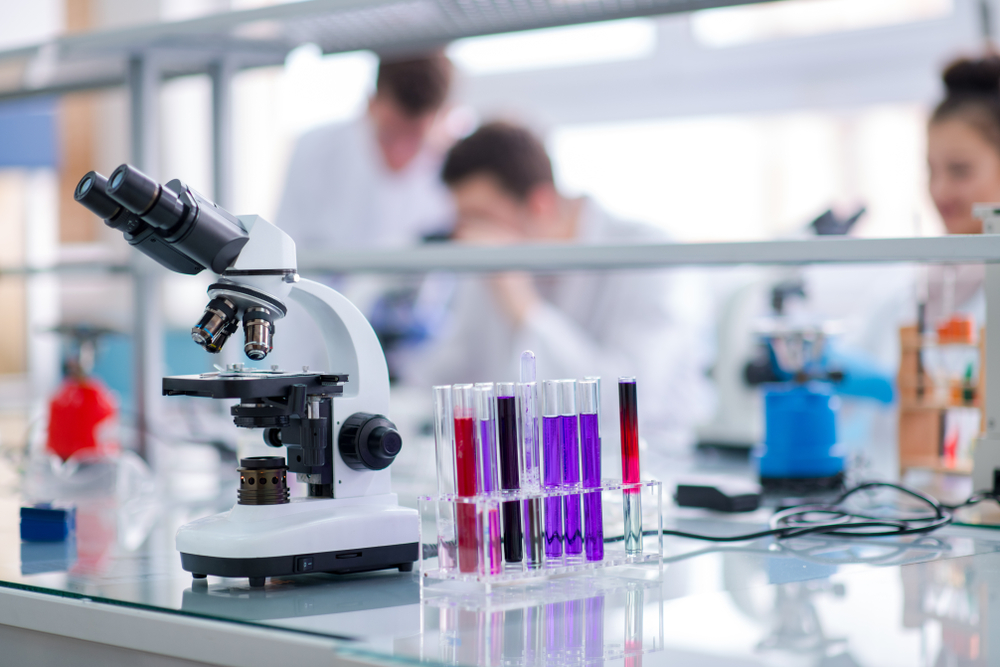 The Program Director of the On Deck Longevity Biotech Fellowship gives us some examples of leaders and founders working on aging that came from “non-traditional” backgrounds.

Many people are interested in getting involved in longevity but hesitate because they think a Ph.D. or B.S. in biology is a strict requirement.

Not everyone in longevity comes from the traditional biology track. The overarching mission of the longevity biotech industry tends to draw in highly motivated people from diverse fields — many from outside of the biological sciences.

There is a lack of founders in longevity, so encouraging those with non-traditional backgrounds increases the founder pool and diversity in ways of thinking. Historically speaking, some of the biggest advances in biology were catalyzed by those outside the field (Delbruck, Schrodinger, and Crick, for instance)

Here’s a non-exhaustive list of some of the prominent people within the longevity industry that came from backgrounds outside of the traditional biological sciences. There are also ways to get involved in the longevity industry that are specifically NOT biology or AI machine learning jobs: see LongevityList.com for job listings. A majority of the founders of longevity-focused venture funds do not come from traditional biotech.

Ben Kamens was founding engineer and VP of Engineering at Khan Academy. He earned his Bachelor’s degree in computer science and philosophy from Duke University. In a Clubhouse conversation with General Catalyst’s Katherine Boyle earlier this year, he recounted how he self-learned biology and went down the proverbial rabbit hole of aging biology.

What’s happening in the aging space is so ambitious — and so important — it can feel daunting to try to play a part.

She encouraged: “You can build and run a team. That’s what we need. And people who put careers on the line.” She’s right. https://t.co/FCLjqOLtAG

What’s happening in the aging space is so ambitious — and so important — it can feel daunting to try to play a part.

She encouraged: “You can build and run a team. That’s what we need. And people who put careers on the line.” She’s right. https://t.co/FCLjqOLtAG

In 2017, with the encouragement of Laura Deming, he founded Spring Discovery, a startup with a drug discovery platform that uses AI/ML and lab automation to develop therapies that treat aging and its diseases. Spring Discovery raised a $18M Series A in 2018.

Matt Scholz started his career in computer science and computer security. His first biotech company, Immusoft, was envisioned as the first app store for the human body. Scholz started the company after he spent a couple of years self-learning biology by reading biomedical papers and inundating academic researchers with questions.

Currently, Matt is running two biotech companies, OncoSenX and Oisin Biotechnologies — gene therapy companies in oncology and aging, respectively. He has repeatedly stated that his north star belief for these companies is that “the essence of life is information”.

Reason has been writing about aging biology since 2002 at his blog fightaging.org — one of the best resources in longevity and aging biology. He has received Master’s degrees in Space Physics and Astrophysics.

In 2018, he founded Repair Biotechnologies alongside Bill Cherman (who also does not come from the traditional biology track). The company is developing a gene therapy to degrade cholesterol plaques in order to treat atherosclerosis. 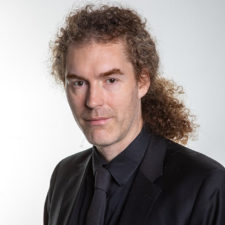 Joe Betts-LaCroix’s background is multi-disciplinary to the extreme. He earned a Bachelor’s degree in earth sciences and a Master’s degree in robotics at MIT, and he did biophysics research at Caltech. He has experience founding DNA sequencing and electronics companies, built the world’s smallest personal computer at the time, and was also a co-founder of Vium, a digital vivarium company.

He is currently a co-founder of Retro Biosciences, a startup that uses high-throughput, high-dimensional approaches to develop therapies for diseases driven by the biology of aging. Daniel Oliver received a degree in Mechanical Engineering from Caltech and an MBA from Harvard Business School. He met his future co-founder and CSO of Rejuvenate Bio, Noah Davidsohn, as an undergrad at Caltech.

Rejuvenate Bio is a George Church lab spinout that is developing a combination gene therapy to reverse aging in dogs. In an interview on the Longevity Biotech Show, Oliver shared his views on how he views his role as CEO:

Your job as a business person or a CEO is trying to remove as many barriers to the science making progress as possible because at the end of the day, that’s what moves the needle. And so anything I could do to take something off [my co-founder] Noah’s plate to allow him to push the science forward or find ways of expediting any of those experiments or things like that — I think that’s the most meaningful thing. Cause that’s the thing that takes the longest.

Jonah Sinick received his Ph.D. in Mathematics at the University of Illinois (focus on number theory and hyperbolic geometry). He was formerly head of Data Science at Kristen Fortney’s BioAge Labs before he became CEO of Equator Therapeutics — a Y Combinator startup that is developing a mitochondrial uncoupler drug.

Peter Fedichev is a theoretical physicist and biotechnology founder. He received his Master’s in Physics at Moscow State University and his Ph.D at Amsterdam University. He was an assistant professor of physics at the University of Innsbruck.

Fedichev’s LinkedIn profile reads: “Сuring the uncurable with Landau Lifshitz book and a bit of AI”. Landau and Lifshitz is a legendary tome on theoretical physics. Aubrey de Grey is considered one of the most influential leaders of the anti-aging field. He is most known for popularizing the idea of damage repair with the seven SENS categories of aging damage — very similar to the mainstream nine Hallmarks of Aging that would come several years later. His popular book, Ending Aging, inspired countless numbers of people to get involved in solving the problem of biological aging.

Despite being one of the founders of the anti-aging space, he has no formal biology training. Aubrey de Grey received a Bachelor’s degree in computer science from Cambridge and worked as an artificial intelligence researcher at Sinclair Research. He learned biology on his own from reading papers and attending conferences. He proposed a theory of aging, the Mitochondrial Free Radical Theory of Aging, in his book of the same name published in 1999. For this publication, he was awarded a Ph.D. from Cambridge.

In 2011, Laura Deming, a Thiel Fellow and former protege of Cynthia Kenyon, founded the first longevity-focussed venture fund at the age of 17. Although she did some C. elegans biology work in Kenyon’s lab when she was 14, she actually went on to study physics at MIT. Laura Deming would later drop out after being awarded a Thiel Fellowship. The rest is history.

Laura Deming’s style of thought is heavily influenced by physics (She livestreams Gedanken experiments on Twitch, has a fondness for bionumbers, first principles thinking, etc). Her fund, The Longevity Fund, invests in companies that often have an unusual aging angle.

Are you interested in doing something about aging by getting involved in longevity startups? The On Deck Longevity Biotech Fellowship is a community of founders, operators, experts, and investors all focussed on building revolutionary longevity biotech startups. We are currently accepting applications till August 31st for the next cohort that kicks off September 12th.

This article originally appeared on Longevity Market Cap, but Nathan suggested we republish it for the interest of our readers. Nathan Cheng is the Program Director of the On Deck Longevity Biotech Fellowship, General Partner at Healthspan Capital, and founder of Longevity Marketcap, the most widely read newsletter on investing in longevity biotechnology. He is also the founder of Longevity List and the host of The Longevity Biotech Show podcast. Nathan obtained his Master’s degree in Physics from the University of Toronto. He was awarded both CGS-Masters and CGS-Doctoral graduate scholarships from the Natural Sciences and Engineering Research Council of Canada.

A New Generation of Epigenetic Aging Clock
0 Comments
With so many health and disease outcomes connected to the biological aging processes, research into quantifying and tracking aging has surged in recent years due to […]
Posted in: News, Op-Ed
Tags: Clock, DunedinPACE, Epigenetic Alterations, TruDiagnostic 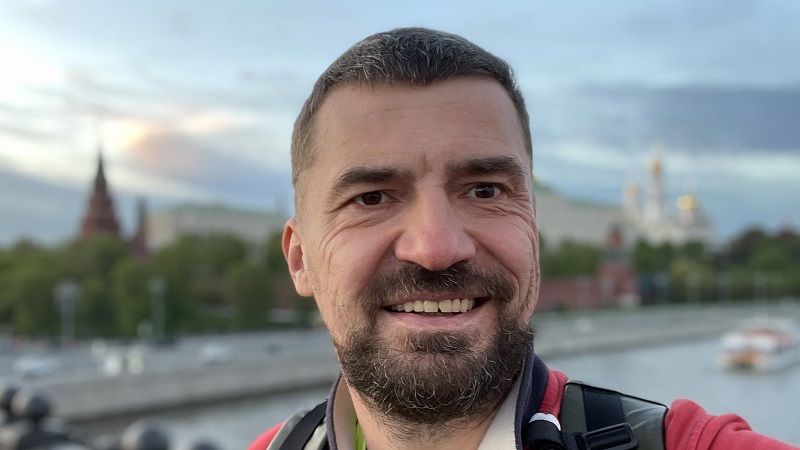 Building Support for the War Against Aging
2 Comments
The life extension community has a number of long serving people in its ranks, and one of the longest-active of those in Russia is Mikhail Batin. His […]
Posted in: Interviews, News, Op-Ed
Tags: Mikhail Batin, Open Longevity, Policy Why Your Voice Matters for Longevity
2 Comments
Do members of Congress actually listen to the concerns of their constituents? Are the letters and emails you send read, or are they discarded into the physical or virtual trash? If they are read, does it […]
Posted in: Advocacy, News, Op-Ed
Tags: Advocacy, Op-Ed, Policy, Public Opinion
Stay Connected