Whether adropin might be useful for humans is still undetermined. 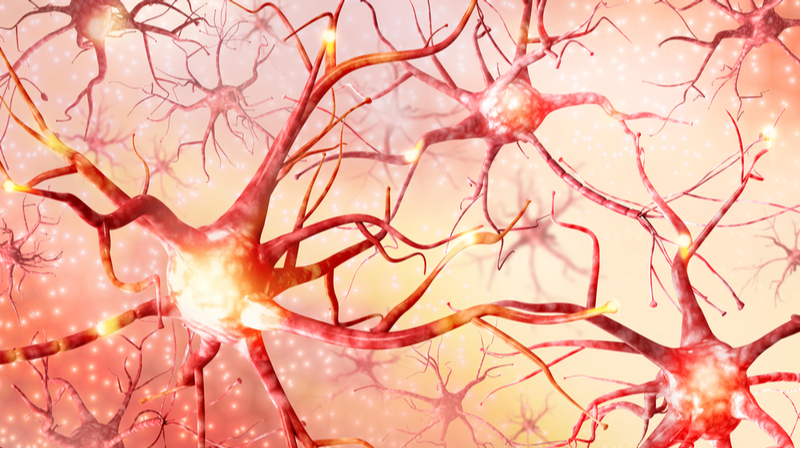 Cognitive decline and neurological aging may involve a peptide known as adropin, according to new research. The identification of this link offers a new perspective on the aging brain and points to novel potential therapies.

The adropin protein is encoded by the Energy Homeostasis Associated (ENHO) gene, and as the name suggests, it has been implicated in metabolic processes. However, ENHO expression is higher in the brain than in non-neural tissues, and other observations also suggest that adropin serves as a neuropeptide. Adropin levels in plasma decline with age, and expression levels in rat brains correlate with markers of oxidative stress.

An international collaboration led by researchers at the Saint Louis University School of Medicine built on this background by investigating the relationship between adropin levels and cognitive decline [1]. The researchers used a combination of open access sequence data and experiments in mouse models to show that adropin levels are linked with cognitive decline and that adjusting them may prove to be a fruitful therapy.

Expression of the ENHO gene correlated with processes related to redox reactions and mitochondrial activity, consistent with the notion that adropin is a metabolic peptide. Expression levels were also highest in the brain, underscoring its role in neurobiology.

Adropin levels also peak early in life – during the first decade in humans – and mice lacking adropin had defects in synapse formation, decreased locomotor activity, and impaired motor coordination. In cultures, adropin enhances the growth and activity of neurons. Altogether, these data suggest that adropin plays an important role in neurodevelopment, probably one that involves the energy metabolism of the brain.

The researchers used open access transcriptomic data to assess the levels of adropin in individuals of different ages as well as people with and without dementia. In people with dementia, adropin expression was correlated with genes involved in mitochondrial activity, while in people over 75 without dementia, its expression was correlated with gene networks involved in morphogenesis and synaptic function.

However, the researchers stress that this may be a consequence of survivorship bias rather than reflecting any beneficial effects of adropin. In other words, the changes in adropin could be a consequence of better gene regulatory control, which allows people to live longer and healthier.

That said, the researchers provide further evidence for the benefits of adropin via experiments with mouse models of cognitive decline. They showed that increasing adropin levels (whether through genetic manipulation or directly via injection) improved their performance on cognitive function tests compared to untreated mice. Adropin improved cognitive performance even when it was administered to older mice, suggesting that it can reverse age-related cognitive impairment instead of only preventing it.

The neural functions of adropin, a secreted peptide highly expressed in the brain, have not been investigated. In humans, adropin is highly expressed in astrocytes and peaks during critical postnatal periods of brain development. Gene enrichment analysis of transcripts correlating with adropin expression suggests processes relevant to aging-related neurodegenerative diseases that vary with age and dementia state, possibly indicating survivor bias. In people aged <40 y and ‘old-old’ (>75 y) diagnosed with dementia, adropin correlates positively with genes involved in mitochondrial processes. In the ‘old-old’ without dementia adropin expression correlates positively with morphogenesis and synapse function. Potent neurotrophic responses in primary cultured neurons are consistent with adropin supporting the development and function of neural networks. Adropin expression in the ‘old-old’ also correlates positively with protein markers of tau-related neuropathologies and inflammation, particularly in those without dementia. How variation in brain adropin expression affects neurological aging was investigated using old (18-month) C57BL/6J mice. In mice adropin is expressed in neurons, oligodendrocyte progenitor cells, oligodendrocytes, and microglia and shows correlative relationships with groups of genes involved in neurodegeneration and cellular metabolism. Increasing adropin expression using transgenesis improved spatial learning and memory, novel object recognition, resilience to exposure to new environments, and reduced mRNA markers of inflammation in old mice. Treatment with synthetic adropin peptide also reversed age-related declines in cognitive functions and affected expression of genes involved in morphogenesis and cellular metabolism. Collectively, these results establish a link between adropin expression and neural energy metabolism and indicate a potential therapy against neurological aging.

These findings present a lot of new questions for researchers to follow up on. Does adropin expression correlate with lifespan? What are the mechanisms linking adropin with neurobiology? Do they involve metabolic regulation, and does that change with age? How does adropin respond to nutrient perception mechanisms? What is the potential of adropin as a therapeutic tool for maintaining brain health? Clarifying these issues will help us understand the link between age, energy metabolism, and cognitive health, and we look forward to covering that research as it unfolds.