Why The Skin of Naked Mole Rats Ages Slowly

An increase in thickness seems to be the only physical difference. 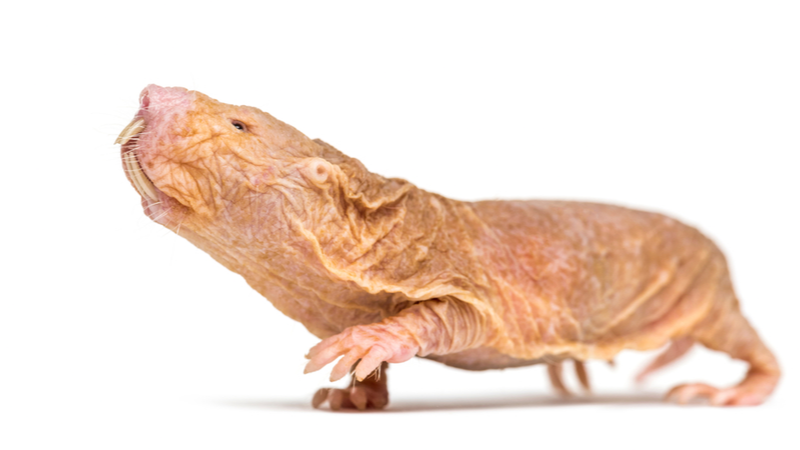 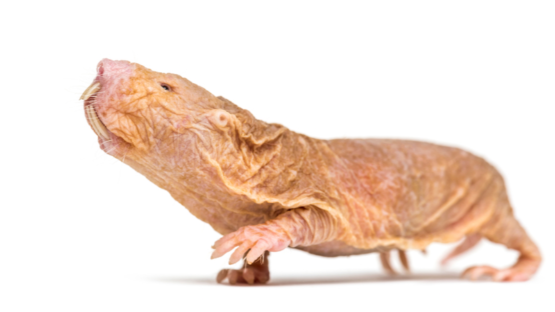 A study published in Aging has shown that the skin of the naked mole rat retains nearly all of its physical and biochemical properties as these animals chronologically age, providing new insight into how and why these animals live so long.

With a wrinkly, largely hairless body, the naked mole rat is well-known for having an “old man” appearance, but this is pure anthropomorphism; even young naked mole rats look like this. Naked mole rats do not live as long as people; they have been reported to live 37 years in captivity and roughly half that long in the wild. However, this mouse-sized animal has also not been reported to increase in mortality with aging, which sets them apart from nearly all other animals and makes them a gerontological curiosity [1].

This lack of conventional aging has been shown in the skin. In this study, the researchers show that standard biological changes of the skin do not occur with aging. Staining for multiple compounds that normally change with age in mammalian skin, including the senescence marker p16, revealed no differences between young and old animals.

The only significant difference was the increased thickness of the epidermis, the outer layer of the skin, with age; the inner layer, the dermis, was not significantly affected. However, this layer stops thickening after middle age, and the researchers have noted the existence of a sixth sub-layer that appears in middle age and does not exist in youth.

Wound healing, which is normally slower in aged animals, was not slower in naked mole rats. In fact, wounds to the skin of middle-aged naked mole rats seemed to disappear slightly, but not significantly, more quickly than their youthful counterparts.

The researchers then examined cells from middle-aged and young animals to determine the differences between their cells. Aggregate differences in gene expression between young and old animals were statistically insignificant. Cell types were almost completely identical, and cell layer markers were barely distinguishable.

Youthful animals seemed to be more biased towards the corneal layers, while older animals had more basal expression, which matches the results found in the physical examination. Going through cellular progression over time, the researchers found no fundamental differences between young and middle-aged animals. Genes related to reactive oxygen species, which normally increase with age in other species, were not found to increase in naked mole rats.

One of the few notable differences the researchers found was a four-fold increase in lgfbp3 expression in one specific gene cluster of basal cells. This gene modulates the homeostasis of epidermal tissue and is predominantly expressed by stem cells. Five genes related to immune expression were also found to be significantly upregulated.

With its focus on cellular gene expression, this study provides novel and potentially useful insights into how these animals do and do not age. The extra sub-layer of skin may reflect a programmed process rather than damage over time.

One potential flaw of this study is that neither cross-linked collagen nor advanced glycation end-products were mentioned; further investigation may reveal that these compounds contribute to the increased thickness in epidermis, but this might not be the case.