Our Immune Cells Damage Our Brains During Aging 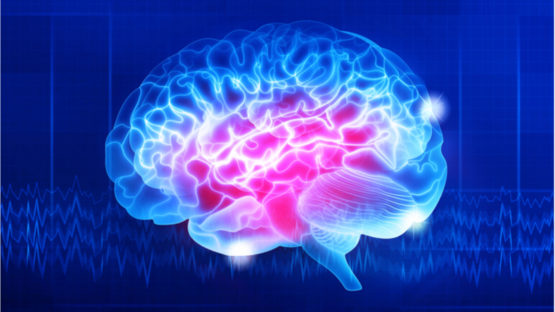 New research suggests that the very immune cells that protect our brain can eventually start attacking it due to chronic systemic inflammation, something that is typically present in older people.

The blood-brain barrier (BBB) surrounds most of the blood vessels in the brain and forms a protective barrier between the bloodstream and the brain. This barrier is highly selective, which means it only allows certain substances to pass through into the brain and vice versa. This serves to protect the brain from harmful toxins, pathogens, and other harmful molecules that could damage the tissues of the brain.

The microglia are specialized brain tissue-resident macrophages that help to control the permeability of the blood-brain barrier in response to systemic inflammation levels. A research team led by Prof. Hiroaki Wake of Nagoya University Graduate School of Medicine shows that during systemic inflammation, microglia first act in a protective way to maintain the barrier’s integrity, but the new study shows that, over the long term, that behavior can also be reversed, reducing the barrier’s integrity [1].

During aging, systemic inflammation typically becomes a permanent feature, and older people tend to have a persistent low-grade background of smoldering inflammation pretty much all the time. The sources of this chronic inflammation are varied and include inflammatory signals secreted by accumulating senescent cells, cell debris, cellular waste building up, and dysfunctional immune cells triggering inappropriate inflammation.

The researchers knew that the microglia become activated during systemic inflammation, but they wanted to explore exactly how the microglia regulate permeability of the BBB. Using fluorescent labeling to mark proteins within the mouse microglia, the research team was able to use a technique known as two-photon imaging to observe the interactions between the microglia and the BBB.

The mice were also given fluorescent molecules that are normally too large to pass through the BBB but can do so if its permeability is reduced enough. This allowed the researchers to study how the microglia influenced the permeability of the BBB under different conditions.

This study really highlights just how significant chronic inflammation is to aging. Indeed, many researchers describe this smoldering background of inflammation as “inflammaging”, and with good reason. Given enough inflammation, even the very cells of our immune system, which are there to protect and defend us, become damaged and dysfunctional and ultimately contribute to aging.

The researchers’ next steps will be to identify therapeutic targets within the microglia that regulate BBB permeability. There is plenty of evidence supporting the idea that chronic inflammation and inappropriate inflammatory responses in the brain can lead to cognitive decline and support the onset of neurodegenerative conditions. If researchers can successfully target inflammation and prevent microglia from attacking the BBB, such a therapy may be a basis for treating neurodegenerative conditions.