This was the finding of a large population study. 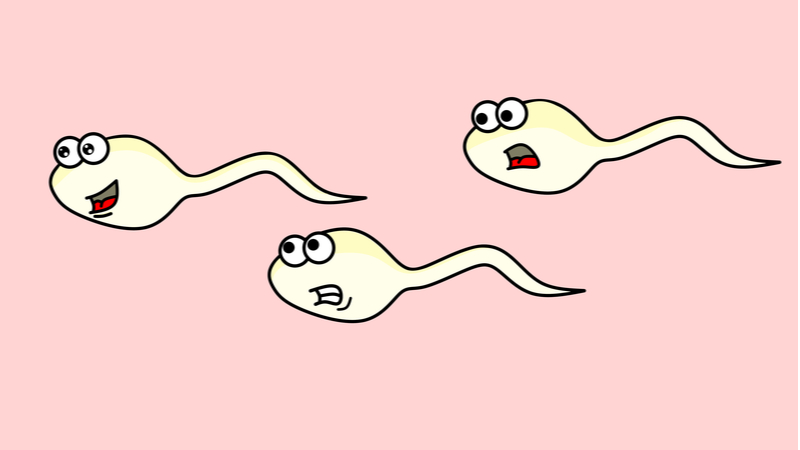 A large-cohort population study from Denmark has linked metformin to a 40% increase in the risk of birth defects when taken by fathers during the spermatozoa development period [1].

A drug linked to longevity

Metformin is an anti-diabetes drug that drew geroscientists’ attention after studies had shown that it reduces all-cause mortality and alleviates diseases of aging [2, 3]. One crucial study even found that diabetic patients who took metformin had a lower risk of all-cause mortality than healthy people who were not on metformin [4].

Another study showed that metformin extends life in mice [5]. Surprisingly, metformin flopped in Intervention Testing Program (ITP) trials, which are extremely robust mouse trials of candidate geroprotective drugs. However, it was shown to enhance the life-prolonging effect of rapamycin [6].

Many geroscientists think there is a considerable chance that metformin can extend lifespan in humans. Currently, metformin is the subject of TAME (Targeting Aging with Metformin), the first large-scale human trial of a potentially life-extending drug.

The results of this new study might pour some cold water on the metformin craze. By analyzing a large cohort of Danes, the scientists detected an increased prevalence of birth defects in children whose fathers were on metformin prior to conception.

Drawing from a giant health database, the researchers identified diabetic fathers who had a history of taking one or more of the anti-diabetes medications insulin, metformin, and sulfonylurea. Of more than one million offspring, 3.3% had major birth defects, but metformin-exposed children – those of fathers who took metformin during the spermatozoa development period (three months prior to conception) – were 40% more likely to have birth defects. The correlation waned with time: if the father stopped taking metformin one year or more prior to conception, the drug had no effect on the prevalence of birth defects.

Genital defects that appeared solely in boys constituted a disproportional amount of birth defects in metformin-exposed children. In another important finding, unexposed siblings of exposed offspring did not have an increased risk of birth defects. Insulin showed no correlation with birth defects, and while sulfonylurea did show some correlation, the results were not statistically significant.

The authors went to considerable lengths to ensure the robustness of the study. Diabetic mothers and even mothers with diagnosed hypertension were excluded to minimize the effect of the mother’s health. The analysis was also restricted to a maternal age at birth of 35 and a paternal age at birth of 40, since parental age strongly affects the prevalence of birth defects, and this variable was accounted for in the study.

Several other potentially confounding variables, such as parental education, income levels, and maternal smoking status during pregnancy, were also accounted for. The researchers had no access to other potentially relevant parameters such as obesity or diet, which can hint at how well glucose is controlled.

The study had some additional limitations. For instance, the researchers only knew whether the father received and redeemed a prescription for metformin but not whether he was actually taking the drug as prescribed.

For the main result of the study, the P-value (the probability that the result was obtained purely due to chance) was 0.012. This is well inside the commonly used boundary of 0.05 but not overly impressive. This probably has a lot to do with the overall low prevalence of birth defects: even in a million-strong cohort, the number of children with birth defects born to parents with a history of anti-diabetic drugs was too small to provide for a more robust statistical analysis.

However, the weight of the evidence is hard to ignore. The prevalence of male birth defects is consistent with a recent study that referred to metformin as a contaminant of emerging concern with anti-androgenic properties [7]. The fact that unexposed offspring of the same fathers had a normal risk of birth defects also points to metformin.

How serious are the implications? First, no population study can establish a causal relationship, and we should wait for the results to be replicated in other large-scale studies or for scientists to find a mechanistic explanation for the correlation. Second, since birth defects are rare, even after a 40% increase, the risk is still low. It is up to the individual diabetic whether or not to switch to a different drug several months before a planned conception.

In the context of metformin and life extension, we probably have even less to worry about. As the lead scientist of the TAME study, Nir Barzilai, pointed out in our interview with him, it would probably be useless to start taking metformin as a life-prolonging intervention before the age of 50 (of course, people over 50 have children too, but less often).

It is worth noting that, overall, metformin has a great safety record and has been included in the WHO’s list of essential medicines.

Though this study raises important questions about metformin’s safety, it does not establish a causal relationship between the drug and the prevalence of birth defects. Like all population studies, it has various limitations and should be taken with a grain of salt. We will be monitoring the situation closely as new studies are published.