David Sinclair: Epigenetic Info Loss Is a Cause of Aging 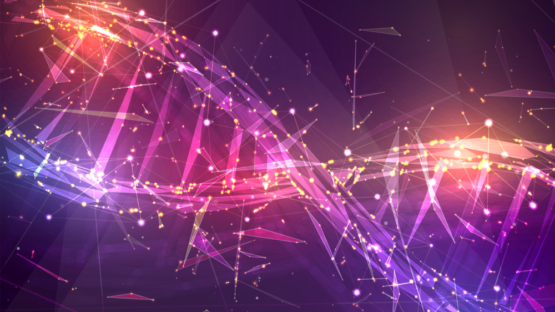 Published in Cell, a new paper by David Sinclair and his team argues that epigenetic dysregulation in the form of information loss is a major driver of aging, but it can be reversed in vivo by partial cellular reprogramming.

Both genomic instability and epigenetic alterations are included in the Hallmarks of Aging [1], and both have been linked to numerous age-related pathologies. However, some geroscientists, such as the renowned Harvard professor David Sinclair, assign more blame to the latter. Sinclair has developed the “Information Theory of Aging” which postulates that “aging in eukaryotes is due to the loss of transcriptional networks and epigenetic information over time”. The twist is that this epigenetic dysregulation is a byproduct of the cell’s constant attempts to repair DNA damage, so the two hallmarks are interlinked.

According to this “relocalization of chromatin modifiers” (RCM) hypothesis, certain elements of the double strand break (DSB) repair mechanism, such as Sir2, are also in charge of keeping the chromatin structure in order, which is the key to maintaining the cell’s function and identity. When summoned to repair a DSB, those elements leave their usual posts. Sometimes, they fail to return to their initial positions after the repair is completed, especially when there’s a lot of DSBs. This causes gradual dysregulation in chromatin structure and transcription. In addition to several scientific papers [2], the RCM hypothesis is described in detail in Sinclair’s 2019 book “Lifespan: Why We Age, and Why We Don’t Have To”.

DSBs cause aging in the absence of mutations

In this new study, Sinclair’s group tested this hypothesis in a new, ingenious way. The researchers created a model of mild increase in DSB load for use in vitro and in vivo. As opposed to “blunt instruments” such as radiation or chemical damage, which induce too many DSBs and cause serious loss of function, this new model strains the cell’s DSB repair mechanisms without overwhelming them. It does so by conditionally expressing I-PpoI endonuclease (an enzyme that cleaves DNA), which recognizes a specific nucleotide sequence found in some non-essential DNA loci outside of protein-coding genes.

For their in vitro experiments, the researchers used mouse embryonic fibroblasts (MEFs). DSB markers increased four-fold after the system was turned on, but this did not cause changes in cell-cycle profile, apoptosis, or senescence; the cells did not seem to suffer any significant damage. However, the cells became about 1.5-fold epigenetically older than controls, as measured at 89 methylation sites. The cells exhibited several more signs of aging, such as increased sensitivity to DNA-damaging agents and elevated senescence markers. Importantly, no change in mutation frequency was observed, showing that the DSB repair process was faithful and still led to accelerated cellular aging.

The researchers then induced whole-body I-PpoI expression in 4- to 6-month-old mice for 3 weeks. While during the treatment and shortly after, there was no difference in fitness between the study group and controls, subtle differences such as alopecia began appearing one month after the treatment. At the ten-month mark, the treated mice were noticeably less fit, with frailty indices on par with two-year-old mice along with kyphosis and decreased bone density. Various symptoms of brain, muscle, skin, and liver aging were observed as well. The treated mice also showed accelerated epigenetic aging. While no change in mutation frequency was observed one month after the treatment ended, it significantly altered the epigenetic landscape in an aging-like manner.

The researchers then established that intensified DSB repair led to erosion of the epigenetic landscape, disruption of developmental genes, and altered spatial organization of chromatin, which controls gene expression and cellular identity. The paper calls this “the first evidence that faithful DNA repair alters multiple layers of epigenetic information”.

If the treatment indeed weakens cellular identity, it should be easier to nudge the treated cells towards differentiation into other cell types, such as neurons. Using an established cellular reprogramming protocol, the researchers showed that the treated cells were much more susceptible to such redifferentiation than controls. In treated mice, the epigenetic signature of the muscle was shifted towards that of immune cells, which is also what happens during aging.

In a study from 2020 [3], Sinclair’s group showed that partial in vivo reprogramming using Yamanaka factors can reverse epigenetic age and gene expression patterns in old neurons. The researchers interpret this as cells possessing “a back-up copy of youthful epigenetic information that can restore cell identity”. In this study, partial cellular reprogramming did the trick again, rolling back the epigenetic age of cells in vitro and markers of epigenetic aging in vivo.

The authors suggest that the epigenetic dysregulation caused by the normal activity of DSB-repairing machinery drives aging even when the repair is faithful and no mutations occur. Some previous findings seem to support this hypothesis. For instance, epigenetic signatures change significantly with age in most animals but not in long-lived bats.

The researchers also mention successful cloning of animals from old cells (their accumulated mutations get passed to the progeny, but not their aged epigenome). On the other hand, one recent study showed a strong correlation between the rate of somatic mutations and aging across numerous species.

If the researchers are right, this opens the door to reversing aging through partial cellular reprogramming, which is a technique actively pursued by numerous scientists and longevity biotech companies.