Mice with poor gut flora did not find exercise rewarding. 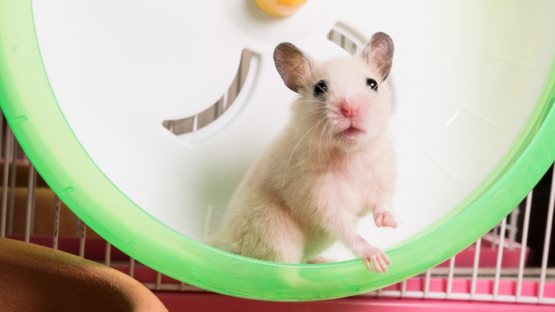 Scientists publishing in Nature have found that compounds produced by some types of gut bacteria can influence dopamine levels in the brain and, as a result, might influence motivation to go on a morning run [1].

We tend to think of ourselves as single organisms, but every human body serves as a home to trillions of other living things: bacteria of various species. Until recently, those microscopic squatters were not getting the attention they deserved. During recent years, there has been a boom in microbiome studies, linking the inhabitants of our guts to neurodegenerative [2] and cardiovascular diseases [3], cancer [4], and inflammaging [5]. We now know that microbiome composition differs significantly among individuals, contributing to the variability in health risks and fitness [6].

Exercise is one of the most potent anti-aging interventions known to humans. Most people know they should exercise, and many do, but motivation remains a serious issue. What’s easy for some is daunting for others. The reasons for this variability in motivation are poorly understood and usually catalogued under the vague label of “personality traits”. However, this study suggests that those differences might have a lot to do with the microbiome.

Do you have the guts to go on?

The researchers started with genetically diverse mice and meticulously phenotyped them, accumulating thousands of data points per animal. They learned that genetic differences played only a minor role in the variability in both voluntary and forced exercise capacity. They then used machine learning to identify variables that were strongly predictive of this capacity. Interestingly, the results of 16s rDNA analysis, which is commonly used to identify bacterial strains in the microbiome, were among the most well-correlated with endurance.

The researchers then performed a series of microbiome depletion and transplantation experiments. Sweeping microbiotal ablation with broad-spectrum antibiotics led to a decrease in exercise capacity. When microbiota was transplanted from donor mice to germ-free mice, the performance levels were highly correlated between the donor and the recipient.

The scientists then continued to experiment on genetically identical B6 mice to exclude factors other than microbiome composition. They tried various narrowly acting antibiotics and found that only neomycin had not impaired physical performance. The researchers again turned to 16s rDNA sequencing and identified several members of the Erysipelotrichaceae and Lachnospiraceae families as possible drivers of exercise performance.

However, muscle function and oxygen consumption turned out to be largely similar in microbiome-depleted mice and in controls, so the researchers decided to investigate the motivational pathway.

They found that in striatal neurons (the striatum is a part of the brain central to movement control), levels of dopamine, a major regulator of the drive for physical activity, were elevated by exercise in mice with intact microbiota, but not in antibiotic-treated mice – except those treated with neomycin. Those post-exercise spikes in striatal dopamine levels were restored by the same microbiotal transplants that had improved exercise performance, but not by other types of bacteria. Inhibition of dopamine by other means recapitulated the effects of microbiome depletion.

How exactly did the gut communicate with the brain? Experiments ruled out the possibility that this communication was carried out by metabolites in blood, so the researchers turned their attention to nerves. Their results suggest that fatty acid amides (FAAs) produced by some types of bacteria trigger neuronal signaling that ultimately results in increased dopamine levels in the striatum. FAA-fed mice with depleted microbiomes showed improved exercise ability.

Moreover, the researchers were able to engineer an FAA-producing string of E. coli. Mono-colonizing mice’s guts with this strain (but not with regular E. coli) rescued their exercise performance. The bottom line is that when there are few FAA-producing bacteria in the gut, this seems to blunt the exercise-associated dopamine surge, leading to diminished motivation to exercise.

This study increases our understanding of the diversity of microbiota and their importance for human health and fitness. If the researchers are correct and if these results translate to human beings, people might soon be able to increase their motivation to exercise by consuming specific strains of bacteria or FAAs directly.