What would happen to the economy if people didn't suffer from age-related diseases? 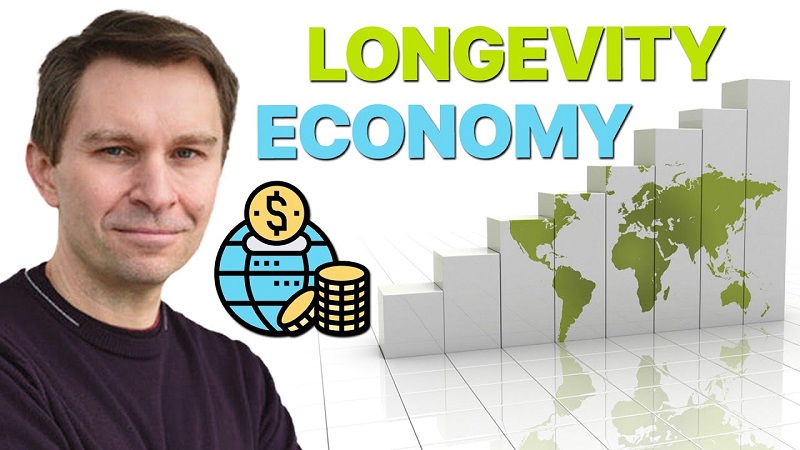 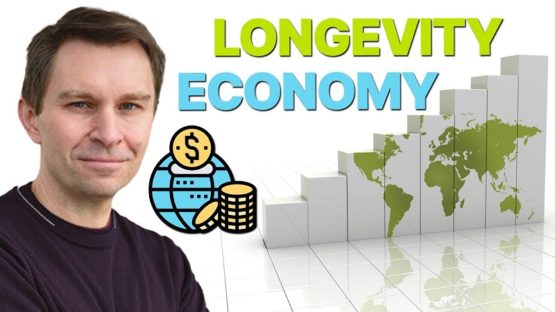 On this episode of Lifespan News, we discuss what would happen to our economy if we were to slow or halt aging in various ways.

We usually discuss the science of aging on Lifespan News. But what are the economic benefits of slowing, stopping or even reversing human aging? Stick around to find out, and be sure to watch to the end of this video to get my take on this paper and learn what you can do to help make human aging old news.

A trio of prominent scientists have argued that slowing aging can bring gargantuan economic benefits – an order of magnitude bigger than many people previously thought. The paper was published in Nature Aging on July 5th 2021 and uses a powerful economic model to investigate the financial aspects of increased longevity.

Co-authored by one of the leaders in geroscience, David Sinclair, and two prominent economists, Andrew J. Scott of the London Business School and Martin Ellison of the University of Oxford, the paper is built around a model known as the Value of Statistical Life, or VSL. While this question had been raised before by the proponents of the Longevity Dividend, or LD theory, such as Jay Olshansky, the new paper employs a different methodology and arrives at different results, albeit reinforcing LD’s point. The authors offer four scenarios corresponding to four different hypothetical ways in which life expectancy can be increased, cleverly naming the scenarios after famous fictional characters.

The first one is named after Struldbruggs, one of the many strange peoples Jonathan Swift’s Gulliver encounters during his travels. The name Struldbrugg is given to those humans in the nation of Luggnagg who are born seemingly normal, but are in fact immortal. Just one minor detail though, Struldbruggs have discovered the secret of eternal life but not of eternal youth or health. Therefore, Struldbruggs’ health diminishes indefinitely as they age, making them miserable and longing for death. This first scenario is about extending the human maximal lifespan without a similar effect on healthspan. The authors then analyze the economic value of this particular type of life extension according to VSL.

The second is the “Dorian Grey scenario”, named after Oscar Wilde’s character who retained good health and youthful looks until his timely death. This scenario corresponds to increasing healthspan without noticeably affecting lifespan.

The third scenario is named after Peter Pan – a character who ages, albeit very slowly. In this scenario, both healthspan and lifespan are increased, which corresponds to slowing aging. This scenario is the preferred one in terms of VSL and is precisely what geroscience is all about.

The authors apply their model to an actual intervention that most probably works according to the Peter Pan scenario: metformin. According to the paper, if metformin, a cheap, safe, and readily available drug, lives up to current estimates, its use as an anti-aging drug can bring enormous economic benefits. The authors have calculated that just one year of average lifespan extension done by the “Peter Pan way” – i.e., by slowing aging – will bring the US economy a benefit of 38 trillion US dollars, and a 10-year gain would be a staggering 370 trillion US dollars. This is an order of magnitude larger than the previous estimates done by LD theorists.

The main reason for the difference is a positive feedback loop: when we slow aging, older people stay healthier for longer, which means they value the next extension of their healthy lifespan even more. Andrew Scott said to Lifespan.io, “We consider the economic value of various improvements in health and show that whilst longer lives are valuable, most valuable of all is making sure that both healthspan and lifespan increase”.

If you want to learn more about this paper, then check out Lifespan.io’s article by Arkadi Mazin and read the paper; both links are in the video description. Arkadi’s article includes a few extra questions about the paper that co-author, Andrew Scott, answers. Philanthropic and governmental resources are both limited and distributed among many different social and economic programs. Causes compete for finances and attention, and this important paper aims to place fighting aging high on that list by arguing that fighting aging brings along enormous economic benefits.

Honestly guys, the general conclusions of this paper have been painfully obvious to me for many years which is why I’m so obsessed with solving the human aging problem ASAP. So we hope you’ll consider sharing this video on social media and or with somebody who’s not yet interested in healthy life extension so we’re not just preaching to the choir in our longevity bubble. Sharing is caring and it really can help. Thanks and we’ll see ya in the next video.