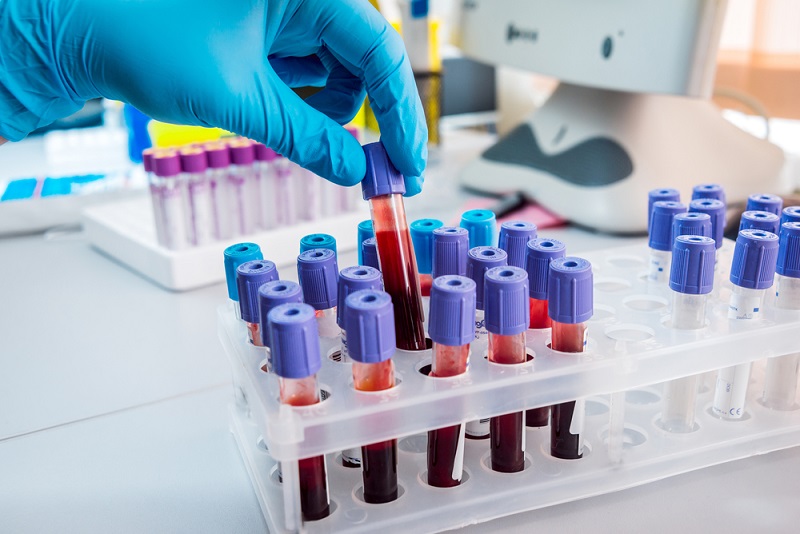 A new palm-sized testing system has been developed to measure the levels of aging biomarkers circulating in the body.

The new biomarker system, called Click-A+Chip, was developed by Sarah Balderston and Mandeep Sandhu, who are part of the Keck Graduate Institute team led by Assistant Professor of Medical Diagnostics and Therapeutics Kiana Aran. This miniature lab on a chip can measure the decline of tissue health and function by examining changes to certain blood proteins that are known to be significant in aging [1].

Traditionally, researchers have used blood samples to measure these age-related changes, though this can be costly, challenging, and slow. The new system promises to eliminate this, as it can rapidly, directly, and accurately assess levels of blood proteins. Such a system also has the potential to save money and cost less to use, as there would no longer be any need to send samples for analysis; it could all be done in-house, with data available almost instantly.

Studies of heterochronic parabiosis, where two animals of different ages are joined surgically, provided proof-of-principle results that systemic proteins have broad age-specific effects on tissue health and repair. In an effort to identify these systemic proteins, we previously developed a method to selectively label the proteome of only one animal joined in parabiosis utilizing bio-orthogonal non-canonical amino acid tagging (BONCAT), which can metabolically label proteins during their de novo synthesis by incorporating a methionine substitute, azido-nor-leucine (ANL), in cells expressing a mutant methionyl-tRNA synthetase (MetRSL274G). Once labeled, we can selectively identify the proteins produced by the MetRSL274G transgenic mouse in the setting of heterochronic parabiosis. This approach enabled the detection of several rejuvenating protein candidates from the young parabiont, which were transferred to the old mammalian tissue through their shared circulation. Although BONCAT is a very powerful technology, the challenges associated with its complexity including large starting material requirements and cost of ANL-labeled protein detection, such as modified antibody arrays and mass spectrometry, limit its application. Herein, we propose a lab-on-a-chip technology, termed Click-A+Chip for facile and rapid digital detection of ANL-labeled proteomes present in minute amount of sample, to replace conventional assays. Click-A+Chip is a graphene-based field effect biosensor (gFEB) which utilizes novel on-chip click-chemistry to specifically bind to ANL-labeled biomolecules. In this study, Click-A+Chip is utilized for the capture of ANL-labeled proteins transferred from young to old parabiotic mouse partners. Moreover, we were able to identify the young-derived ANL-labeled Lif-1 and leptin in parabiotic systemic milieu, confirming previous data as well as providing novel findings on the relative levels of these factors in young versus old parabionts. Summarily, our results demonstrate that Click-A+Chip can be used for rapid detection and identification of ANL-labeled proteins, significantly reducing the sample size, complexity, cost and time associated with BONCAT analysis.

We note that Irina and Michael Conboy are listed among the authors of the paper. They are well known for their extensive work on pro-aging factors in blood and are currently working on a next-generation plasmapheresis system to filter aged blood back to a younger state. A system such as Click-A+Chip could make the calibration of blood factors plausible and would likely be very useful for developing and testing their new approach.

Having what is effectively a lab on a chip to measure multiple circulating biomarkers is exactly what the field needs and could replace conventional assays. Near-instant blood analysis opens the door for all kinds of disease analysis as well as aging research, and it could cost significantly less than traditional methods of analysis. This is superb news for the field, and we will be watching how Click-A+Chip develops with keen interest.