This approach is successful when applied in a cyclic "on-off" manner. 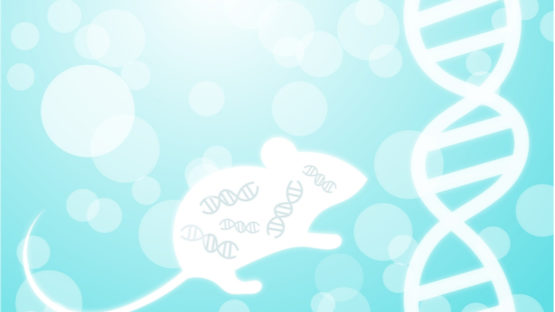 In a new study published in Nature Aging, researchers have shown that inducing a truncated FOXM1 gene extends lifespan in both progeric and naturally aging mice [1].

Forkhead box (FOX) genes are transcription factors: genes that drive the expression of other genes and are known to play an important role in cell proliferation and longevity. Forkhead box Os (FOXOs) are particularly famous, as they have been shown to promote autophagy, suppress inflammation and tumor progression, and maintain the stem cell pool [2]. A specific member of this gene family, FOXO3, is directly associated with human longevity [3].

FOXM1 is another forkhead box gene that has gained the attention of aging researchers as an important oxidative stress response regulator and one of the major players in tumorigenesis [4,5].

Previous studies have shown that FOXM1 is decreased in the cells of older healthy people as well as people whose aging is accelerated by Hutchinson-Gilford progeria syndrome, which is caused by a mutation in the LMNA gene. Inducing FOXM1 expression delays senescence in these cells [6].

In this study, the researchers set out to check if it’s possible to delay aging by increasing the expression of FOXM1 in progeroid and naturally aged mice. However, instead of inducing the fully functioning FOXM1, a modified gene that did not contain an N-terminal part was chosen.

The C-terminal side of FOXM1 plays an important role in transcriptional activity, and the N-terminal side plays a role in the regulation of intracellular processes, such as controlling the segregation of genetic material during cell division. The N-terminal side was also shown to have an autoinhibitory function repressing the activity of the protein at specific cell cycle stages [7]. Truncating the N-terminal allowed for the constant expression of this protein.

FOXM1 delays aging in a mouse model of accelerated aging

First, the researchers generated a progeric mouse model that expressed truncated FOXM1 in the presence of doxycycline. They then collected adult mouse fibroblasts and induced the expression of FOXM1 in vitro over a short period. They observed decreased DNA damage and nuclear abnormalities, increased cell proliferation, and ultimately reduced senescence and a rejuvenated epigenetic state.

In the next part of the experiment, FOXM1 was induced in the cell culture in a cyclic, on-off manner: 4 days on, 5 days off, 4 days on. This scheme proved efficient in delaying senescence.

Following the success achieved in vitro, the researchers employed the truncated FOXM1 cyclic induction in young progeric mice to see if the progeroid phenotype could be prevented. The mice followed a 3-day-on, 4-day-off cyclic scheme for 12 weeks. Impressively, they showed not only reduced skeletal defects and growth retardation but also improved cardiac function, which led to ~25% lifespan extension in these mice compared to their untreated progeric counterparts.

Next, the researchers assessed cyclic FOXM1 induction in middle-aged progeric mice. As expected, the treatment brought down the expression of senescence-associated biomarkers in several tissues to the wild-type level. Moreover, skin homeostasis, aortic wall thickening, and bone density and volume were all improved.

Although promising, the results from the experiments in progeroid mice might not translate into naturally aging animals. Therefore, the researchers applied truncated FOXM1, again using a 3-day-on and 4-day-off scheme, for 80 weeks to 8-week-old naturally aging mice.

The researchers observed reduced muscle atrophy and a higher number of muscle stem cells, along with increased muscle strength. In addition, decreased aortic fibrosis and wall thickening, as well as increased subcutaneous fat, were demonstrated.

Next, the researchers conducted transcriptomic analysis of the aortic and calf muscle tissues to see which pathways are affected by FOXM1 induction. In both tissues, FOXM1 primarily altered the expression of genes involved in metabolism and inflammation. Moreover, in the aorta, pro-inflammatory and apoptotic pathways, as well as pathways related to senescence and the SASP, were downregulated.

Finally, the authors showed that FOXM1 induction causes gene expression changes similar to those achieved with rapamycin and other lifespan-extending interventions.

Importantly, throughout the study, the authors observed that the truncated FOXM1 induction increases the expression of the full-length endogenous FOXM1, thus leading to the organismal rejuvenation effect brought on by the gene’s transcriptional and non-transcriptional activity. This turned out to be particularly important for tumor prevention via the functioning N-terminal of the endogenous gene.

This study highlights the importance of a specific gene and the deleterious effects of its repression in a model of accelerated aging along with natural aging. Although aging is a complex process with multiple pathways, targeted approaches like this one often bring impressive results in extending healthspan and lifespan, at least in model organisms. As we can see, this requires careful planning and a thorough understanding of the target gene’s function.