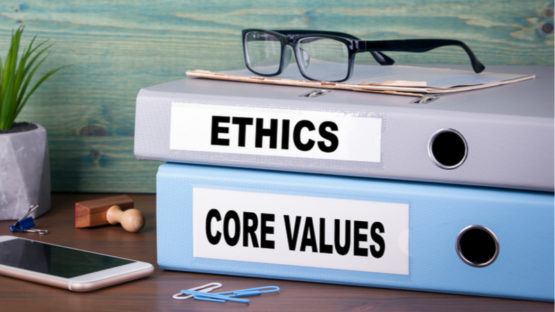 When Lifespan.io was started in 2014 as a crowdfunding platform, we didn’t really know that we would become a news outlet covering longevity research. We didn’t plan to be one. However, after running our first crowdfunding campaign, we realized that public awareness of aging research is extremely low, and if we want to direct more funds into aging research, this has to change. This is how our journey as a news outlet begun.

Our goal was, and continues to be, to publicly share our dream of healthy longevity and the promise that rejuvenation biotechnology holds. We want to give the public an opportunity to witness the biotechnological revolution and become part of the decision-making process related to the clinical implementation of longevity therapies. To do so requires a lot of work and a systemic approach.

When we started our news outlet in 2016, there was a strong internal understanding that whenever we discuss healthy longevity, we should create fact-based articles that explain the science as accurately as possible so as not to mislead the public and avoid overpromising. It became our very first rule to fact-check, stay neutral, and provide a link to the original scientific publication whenever we use data from it.

As we grew, our readers became our best coaches. Whenever a conclusion was too optimistic, or the assumption too far-fetched, we did our homework to improve the material. Whenever an article was hard to parse, and people complained about too much heavy science, we worked on our skills of science popularization.

Sticking with the principles of education

Very early on, the analysis of sociological studies focused on the public perception of longevity research and life extension led us to formulate our next rule: telling each story in the right way. Most people probably don’t remember their biology classes at school, and they may not know how science explains aging and the connection between aging, the root mechanisms of damage accumulation, and age-related diseases. Without those basics, it is hard to understand the potential of therapies that target the hallmarks of aging in order to reverse biological age and restore youthful rigor.

A link between longevity and frailty, however, is a common belief, as the only examples of extreme longevity that we currently have are supercentenarians. The problem is that nobody can yet become a supercentenarian and still look like a 30-year-old, so extreme old age is not attractive. People want to live longer only if they keep their health and independence and can live full lives, and we have to always underline that this is exactly what longevity researchers are working on. This is how the soft messaging rule was developed: we explain aging and the concept of rejuvenation biotechnology first, and then we show people that life extension is a beneficial side-effect of improved health. Luckily for us, by 2016, animal studies provided proofs-of-concept in abundance.

As the field progressed, more and more biotechnology companies were founded. Being essentially an advocacy group, we celebrated such news, and we really wanted to give them as much exposure as possible. It led to another serious question: how do we maintain the balance between newsmaking and promotion? By default, newsmaking must be independent and free from biases. In response to many requests for free promotion, and to keep editorial decisions free from external influences, we introduced our advertisement policy and started to use disclaimers to make it easier for the reader to take into account the partnerships that stand behind some types of content.

Later on, a new challenge emerged: the rise of biohackers. People around the world started using experimental treatments on themselves and talking about their experiences. During a number of public events in which our team members mentioned self-experimentation with supplements and drugs that potentially have anti-aging effects, we realized that, in practice, people get so excited about interventions against aging that they buy and start using everything that is available on the market without any sort of medical advice or control. Despite the fact that we consider self-experimentation an important part of scientific research, when unprepared people do it, it may be risky, and we don’t want someone to get hurt. Therefore, we decided to always put warnings on our materials about supplements and drugs, advising people to be cautious, get proper diagnostics, and consult with medical advisors before conducting any kind of intervention.

2018-2019 appeared to be a turning point. A lot of large media publications started writing about aging research, often in a positive way. However, there was a worrying trend: mass media didn’t really draw a line between animal and human trials. Titles like “The first case of aging reversal” or “Biological immortality is close” were often introducing articles about modification of aging in worms and mice. We at Lifespan.io have been avoiding sensationalism and clickbait from the beginning, but we realized that explaining the pyramid of evidence and underlining the limitations of animal data is useful, since the vast majority of interventions in animals do not translate directly to humans.

The latest, biggest challenge came together with the progress of the open-access approach. The open-access movement advocates for making the results of research available to the public without any paywalls and as fast as possible. This way, even organizations and individuals in the least developed and poorest countries can get access to valuable data to improve human life. The pre-prints (early, raw versions of scientific articles) started to get published online, often in public depositories not associated with any scientific publications, which increased the workload on the people performing fact-checking. To evaluate the scientific accuracy of each article and the cohesion between its findings and existing knowledge, a new level of scientific expertise became essential for accurate news reporting. In response, we created an internal process to improve fact-checking, and we have started to involve writers with strong research backgrounds.

After five years of writing news, we came to the conclusion that longevity journalism demands its own code of ethics. Telling people about rejuvenation biotechnology is too important and too complicated, and the rules that we first developed for ourselves can help set standards for the industry. I wrote the first draft, and over several iterations, we updated it to include the situations that our team of writers consistently faces. Today, we present the Lifespan.io Ethics Code of Longevity Journalism in order to help our fellow journalists navigate the field with more confidence.

New challenges will emerge that will require an even more sophisticated approach on our part in order to remain a credible source of information for the longevity community and the world. Therefore, we welcome everyone who is involved in professional journalism to share suggestions and constructive criticism of this Code with us. There is no ceiling to perfection, and we welcome your input.

Elena has been a longevity activist and advocate since 2013, when she first started to organize educational events to make new evidence-based methods of healthy life extension more popular. The last few years have seen Elena leading some successful projects in Russia, aimed at spreading the idea of healthy longevity among decision makers as well as the general public. Several years of lobbying resulted in the inclusion of her propositions in the strategic program documents of the Russian Federation related to the problems of the elderly. She is a co-author of the book “Aging Prevention for All”, where, among other topics, she is sharing how to facilitate the adoption of the healthy lifestyle to promote the period of good health. In 2015, Elena helped to shape and coordinate the successful crowdfunding campaign of the Major Mouse Testing Program – a study of Senolytic drug combinations on mouse lifespan. In 2017 at LEAF, Elena led a successful advocacy project to include the problems of the elderly into the WHO’s 13th Programme of Work . Previously Elena has worked as a project manager in the pharmaceutical and advertisement industries, helping to promote new drugs and therapies. This experience helped her to realize that the existing therapies were not 100% effective and could not completely stop age-related diseases – which has ignited an interest for the development of innovative therapies. Elena graduated with a bachelor’s in both psychology and foreign languages and is now working to earn her MBA at the oldest Russian business school MIRBIS. Elena left her Board and staff position at LEAF in January 2022 to pursue other endeavours.