Autophagy is the ultimate recycling system of the cell. The word comes from ancient Greek and means “eating of self” [1]. Although its name might sound harmful, it appears to have longevity-promoting effects [2].

Autophagy is the way cells break down unwanted or dysfunctional organelles and proteins in the cell [1-2]. It can consume organelles, such as mitochondria, peroxisomes, and the endoplasmic reticulum [1].

Mitochondria are the power plants of your cells that convert nutrients into cellular energy. Peroxisomes are small, membrane-enclosed organelles that contain enzymes involved in various metabolic reactions. The endoplasmic reticulum is a network of membranous tubules in the cytoplasm. It acts as a transportation system in the cell, and has many other important functions such as protein folding.  It usually has ribosomes attached and is involved in protein and lipid synthesis.

Aberrant proteins and organelles, if left unchecked, could damage the cell. At the very least, they can fail to perform their needed functions [1]. One good example of this is dysfunctional mitochondria. Autophagy can selectively remove dysfunctional mitochondria that have no membrane potential. If not removed, these mitochondria can release reactive oxygen species, which can promote death by apoptosis [2]. Mitochondrial dysfunction is thought to be one of the nine reasons we age.

Autophagy is also one way our cells deal with energy shortages [2]. For example, after a period of fasting, a body’s cells will respond by breaking down some of their organelles and proteins for energy.

How does autophagy work?

If a cell has a misfolded protein, before it can be broken down it needs to be separated from everything else. If not, the proteases (proteins that break down other proteins) would damage the cell by breaking down useful parts too.

A membrane called the isolation membrane (or phagophore) separates the target protein from everything else [2] . This double membrane wraps around the protein to form an autophagosome. From there, this bubble (the autophagosome) makes its way to a lysosome. The autophagosome fuses with a nearby lysosome to form the autolysosome [1].

What are Lysosomes? The Garbage Disposal System of the Cell
A lysosome is a membrane-bound organelle, a subcellular structure that performs one or more tasks within the cell, much like an organ does in the body. They are part of the overall machinery of our cells along with other important cell organelles, which include the nuclei, the mitochondria, and ribosomes. Lysosomes are the garbage disposal units of our cells, roaming around digesting cellular waste with their specialized enzymes and recycling excess or worn-out cell parts.
Read More

In the most basic terms, a small bubble forms around the protein (autophagosome). Then, it fuses with another bubble (a lysosome) to form a new one (an autolysosome). There, the protein breaks into smaller pieces. Other proteins aid in transporting these pieces elsewhere so that they can be used for building new structures.

Is autophagy good or bad?

It functions as a survival mechanism when energy gets low. It aids the development of several simple organisms, including yeast, drosophila, and C. elegans [1]. In mouse models, it seems to aid cytosol changes during embryonic and postnatal development [4].

It alleviates the issue of aggregated or misfolded proteins. It rids the cell of some types of damaged organelles [1], and it serves as an innate immune system defense against both viral and bacterial pathogens [5].

Despite its noxious-sounding name, it serves more of a protective role than a harmful one. This was observed in studies in which rodents were subjected to damage of the heart, nervous system, liver, and kidney [2].

It also seems to help protect against neurodegeneration, cancer, diabetes, heart, liver, and autoimmune disease [1]. Autophagy can recycle aberrant mitochondria and can reduce unnecessary cell death in cells after they divide [2].

Autophagy and aging seem to be intimately connected. When the genes that cause autophagy are blocked in mammalian cells, we observe degeneration. Much of this degeneration resembles the degeneration we see in aging. In fact, aging is typically accompanied by a reduced level of autophagy. When we boost autophagy, it seems to mitigate aging. Conversely, when we reduce it, we speed up aging [2].

The many strategies for slowing aging in model organisms also often trigger autophagy. This begs the question of whether these interventions work because they cause autophagy, and this might be the case. When we prevent autophagy during some approaches known to increase lifespan (such as caloric restriction, insulin growth factor pathway inhibition, spermidine, resveratrol, or rapamycin), it reduces the anti-aging effects [2].

Researchers bred mice to have enhanced autophagy via increasing the expression of a gene called TFEB.  The change seemed to have a protective effect against atherosclerosis caused by a Western diet. Furthermore, they showed that trehalose, a naturally occurring sugar, enhances autophagy. It reduced the signs of atherosclerosis when it was injected into the body cavities of mice [3].

Autophagy is an important maintenance and repair mechanism, especially in the context of aging. A number of research efforts are working on triggering or increasing its activity in cells. The laboratory of Viktor Korolchuk, Professor of Molecular Cell at Newcastle University, has received funding to research autophagy activators and ways in which they can help prevent age-related diseases. Visit the VitaDAO website to learn how you can get involved. Defective autophagy inhibits the function of cells, such as DNA repair and metabolic processes, and... Researchers publishing in Aging have found that the anti-malarial drug chloroquine increases lifespan in male NRMI mice. The NRMI, like the Black 6, is a standard breed widely used in research, and these mice were not directly genetically modified. Substantial positive lifespan effects We have previously reported a study showing that choloroquine increases longevity in... In a preprint paper, scientists have shown that treating drosophila flies and mice with rapamycin for a relatively brief period in early life mostly recapitulates the effects of a lifelong treatment, including lifespan extension in flies [1]. Rapamycin is considered one of the most promising geroprotective drugs. It belongs to a handful of molecules that... We take a look at rapamycin and why some researchers think it could be useful in combating aging. What is rapamycin? Rapamycin is a macrolide, a class of antibiotic that includes erythromycin, roxithromycin, azithromycin, and clarithromycin. Rapamycin exhibits potent antitumor and immunosuppressive activity. Where is rapamycin found? Rapamycin was first discovered in 1972 in the... Probably best known for its presence in grapes and wine, this popular dietary supplement may have a few tricks up its sleeve. What is resveratrol? Resveratrol is a stilbenoid, a type of natural phenol. It is a phytoalexin, a growth-inhibiting substance created by plant tissues in response to injury or contact with pathogens such as... In a study published in Aging, Chinese researchers have described how they used computer modeling in order to create a new rapalog that is designed to reduce the long-term impact of stroke. Reperfusion injury, autophagy, and mTORC1 Stroke and other ischemic events, such as heart attack, occur when a blockage causes blood to stop flowing... Found in grapefruit, spermidine is one of the more interesting polyamines. Some research suggests that spermidine may slow down aging and promote healthy longevity. What is spermidine? Spermidine is a polyamine, meaning it has two or more primary amino groups. It is naturally occurring and is widely encountered in ribosomes and living tissues. It plays a... 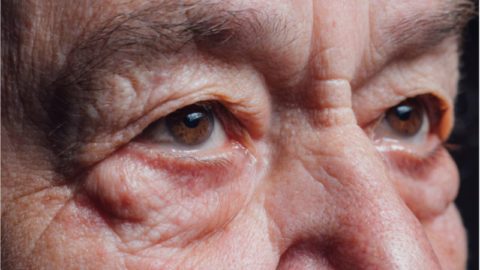 In a new paper published in Aging, researchers have determined that directly improving autophagy through flubendazole (FLBZ) is potentially useful in treating dry age-related macular degeneration (AMD), a disease that causes vision loss. An accumulation of lipids Dry AMD shares a surprising commonality with atherosclerosis. As our macrophages attack the fatty (lipid) deposits in our... Spermidine for Cognitive Function in Flies, Mice, and Humans

Recently published research in Cell Reports provides a detailed account of dietary spermidine improving cognition and mitochondrial function in flies and mice, with some prospective human data to top it off. Spermidine and longevity Spermidine is known to decline with aging, and treatment with spermidine extends lifespan across various species. While it has a myriad...