This study does not refer to future rejuvenation biotechnology. 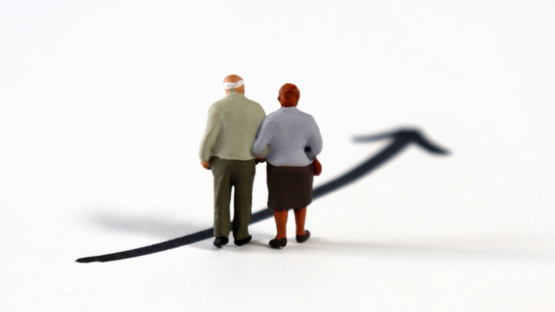 According to new research, it may be possible for humans to live 130 years or perhaps longer, but the chances of reaching that age are slim.

For many years now, just how long a human being can live has been the focus of heated debate. Some researchers suggest that it could be 150 years, and others argue that there is no theoretical limit.

The new study, published in the Royal Society Open Science journal, examined new data on people who are 105 or more years old. The researchers analyzed the data and based on their findings suggest that their risk of death ceases to rise beyond a point and plateaus at around 50-50.

This means that beyond 110, the risk of someone dying with each passing year is essentially a coin toss. The researchers suggest that, based on this new data, humans could live to at least 130 if they were lucky with the coin toss every year after 110. However, extrapolating from their findings, they also suggest that there is no actual limit to human lifespan.

The first of the new datasets that the researchers studied came from the International Database on Longevity. This extensive database includes information on over 1100 supercentenarians, people who live over 110, from multiple countries.

A second set of data came from Italy and includes information on every person there who was 105 between the years 2009 and 2015.

Chances are slim to reach 130, but it is theoretically possible

The researchers suggest that if there was a limit to human lifespan below 130 years, they should have been able to spot it using the new datasets, but there were no such indications that this was so.

That said, even if it is theoretically possible that humans can reach 130, the odds are very much against it. The chances of making it to such an advanced age, even taking the 50-50 plateau into consideration, are really quite small.

This is why the world is not overrun by super-agers living to 130 or more. Even if someone achieves the exceptional feat of reaching 100 years old, that person’s chances of reaching 130 are roughly a million to one.

The oldest person on record is Frenchwoman Jeanne Calment who lived to 122 if records are to be believed, although this has more recently been contested by some researchers who allege that her daughter took her place, making this record fraudulent.

This woman passed away in 1997, which leaves Japan’s Kane Tanaka as the oldest confirmed living person in the world at 118 years old.

We use a combination of extreme value statistics, survival analysis and computer-intensive methods to analyse the mortality of Italian and French semi-supercentenarians. After accounting for the effects of the sampling frame, extreme-value modelling leads to the conclusion that constant force of mortality beyond 108 years describes the data well and there is no evidence of differences between countries and cohorts. These findings are consistent with use of a Gompertz model and with previous analysis of the International Database on Longevity and suggest that any physical upper bound for the human lifespan is so large that it is unlikely to be approached. Power calculations make it implausible that there is an upper bound below 130 years. There is no evidence of differences in survival between women and men after age 108 in the Italian data and the International Database on Longevity, but survival is lower for men in the French data.

So, the debate continues for now. We would not be surprised to see a counter publication once again insisting that there is a hard limit to lifespan, but, for now, these findings make for interesting reading.

The number of people living to 100 and beyond is actually increasing, so perhaps we may see someone beating those one-in-a-million odds to reach 130 this century. The study authors even note that without major medical advances the human race is unlikely to go beyond 130.

This is yet another reason why developing the technologies to bring aging under medical control is the most important thing that humanity can do with its currently limited time. A world where rejuvenation biotechnology existed would be a world where the horrors and suffering of age-related diseases were brought to an end. Perhaps, when society gets behind the defeat of aging and the pursuit of healthy life, longevity we will see more people living in good health to 130 and beyond!