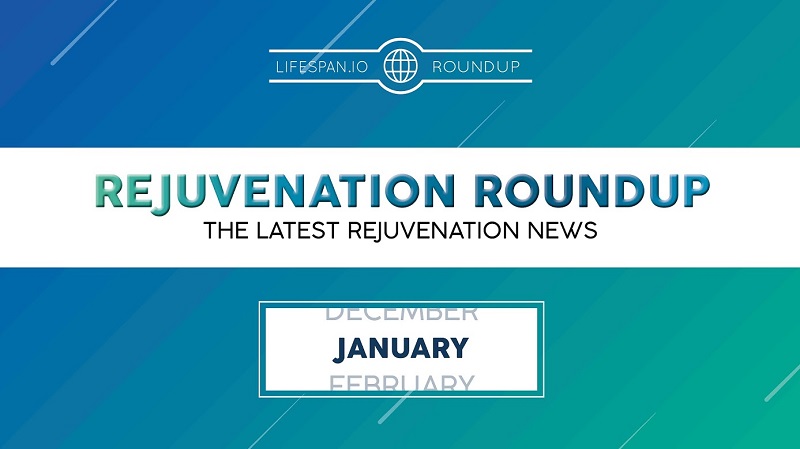 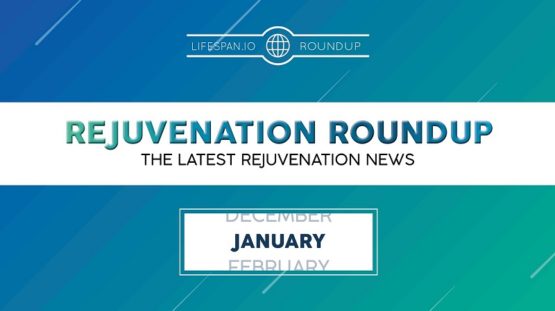 2020 has been a common year to define the beginning of “the future”, so now’s a great time to discover just how close real biotechnology has come to popular expectations. To kick off the first month of the new year, we have plenty of research to talk about, along with announcements, three X10 episodes, and one more video from last year’s EARD conference.

Living Up to Our Potential: The Quest for Human Life Extension: In this interview on the Medium blog Predict, LEAF Outreach Director Elena Milova discusses her thoughts on the challenges, potential, and future of life extension. Amutha Boominathan on the MitoMouse at EARD2019: Yes, that’s right – another EARD2019 video in 2020! As this in-depth and highly informative talk contained previously unpublished research, we could not release it as a video until now. (If you want to see EARD2020’s talks as soon as possible, the best method is, of course, to be there yourself.)

Brian Kennedy Joins the LEAF Scientific Advisory Board: Professor Kennedy, a Distinguished Professor in the Department of Biochemistry and Physiology at the University of Singapore, offers his insight and expertise as part of our SAB. Stem Cells With Naz: On this episode, Nazli Eskici of the University of Helsinki brings her knowledge of stem cells to the show. This episode starts out simple but later gets into informative, in-depth concepts.

Stem Cell Trivia: Join Nicola and Giuliano in discovering how well (or poorly) they do in answering five tricky multiple-choice questions related to stem cells.

Will Life Extension Kill the Pension System?: There’s no way around the fact that much longer lives will change the way pension systems work around the world, and Giuliano discusses what might happen to them in a world with partial, or total, rejuvenation.

A Human Trial for Skin Aging: Rapamycin is a common research topic for aging researchers, and this month, Oliver hosted a discussion on a human trial of its effects on skin aging,

Treating Glaucoma With Senolytics: In an animal model of glaucoma, ganglion cell death was halved by removing the inflammation caused by the senescence-associated secretory phenotype (SASP) – which required the removal of senescent cells.

Fisetin: This explanatory article offers a broad look at this common supplement, identifying its sources, effectiveness as a senolytic, and clinical studies. Genomic Instability and Downstream Effects: An open-access review shows the origins and effects of genomic instability, describing cells’ attempts at repairing it and the effects it has on other hallmarks of aging.

Towards Rejuvenation of the Brain: By boosting stem cells in the brains of older mice, a team of researchers has reverted their cognition to be more like that of young mice, restoring their ability to build mental maps.

Your Ageotype Shows How You Age: While all of us are affected by all aspects of aging, some people age faster and slower in different ways; the way in which any given person is ging the most is known as that person’s ageotype, a category that offers potentially useful information on what sorts of things that person should engage in and avoid.

Screening for Compounds to Protect Brain Cell Mitochondria: A new screening platform allows researchers to discover compounds that specifically protect mitochondria in the brain against the stresses of neurodegenerative diseases.

Reviewing Age-Related Gut Microbiome Changes: This review shows how the populations of gut microbiota vary with age – surpisingly, some bacterial populations spike at older ages yet decline in the following decade. Reversing Age-Related Visual Decline by Boosting a Single Gene: By demethylating a single gene in old mice, researchers have restored levels of a critical protein and correspondingly restored eye function.

Mitochondria Found Independently Living in Blood: This insightful study shows mitochondria living in independent structures outside of cells. Why these mitochondria are there, and what purpose they serve for the body, are facts not yet discovered. A Nanoparticle Trojan Horse Approach to Atherosclerosis: In attempting to stop atherosclerosis, macrophages contribute to it; this new nanoparticle approach is being designed to defend against this phenomenon.

Dasatinib plus quercetin prevents uterine age-related dysfunction and fibrosis in mice: Dasatinib and quercetin are a well-known combination of senolytics, and this study shows that they remove the senescent cells that are responsible for uterine problems in older mice.

Depletion of senescent astrocytes protects cognitive function in mice: Radiotherapies for cancer cause brain aging, but this study shows that senolytics reverse some of this damage in mice.

Good diets: In line with previous research on the subject, three separate studies show that the Mediterranean diet and caloric restriction are connected with healthy longevity.

Exercise: Again entirely unexpectedly, researchers have documented how exercise can extend healthy lifespan, whether that exercise involves marathons or sprints.

An extended keto diet leads to obesity in mice: An unrestricted diet in which most calories are from fat rather than carbohydrates causes obesity and harms metabolic health in this mouse study.

CRISPR/Cas9 discovers the secret of regeneration in the axolotl: This is a small salamander with a large genome, and researchers have used modern gene editing technologies to discover why it can regenerate.

Well-maintained splicing may cause negiglible senescence in mole rats: This study has found that naked mole rats control their DNA splicing more effectively than in other species, preventing adverse events.

NAD+ supplementation prevents hearing loss in prematurely aged mice: In a mouse model of Cockayne syndrome, a condition that causes premature aging and hearing loss, nicotinamide riboside (NR), a source of NAD+, was shown to be effective.

Dill extract produces elastin fibers in the ascending aortae of aged mice: After ingesting dill extract for three months in drinking water, aged mice have been shown to produce elastin fibers that restore the function of their critical arteries. Revel Pharma to Develop Glucosepane Breakers: Starting with research funded by Yale Lab with the cooperation of SENS Research Foundation, the biotechnology company Revel Pharma has begun to develop a method of removing glucosepane, the principal source of dangerous age-related collagen crosslinks in human beings.

Highlights from the David Sinclair AMA: Dr. David Sinclair answered the questions of people on Reddit, discussing both common rejuvenation topics and particular issues related to his work. Building an Atlas of Senescent Cells: A team of researchers led by Prof. Judy Campisi has created an atlas that describes senescenent cells and the proteins they produce as part of the senescence-associated secretory phenotype (SASP).

Coronavirus in China and Life Extension: Planning on living longer means planning on dealing with more problems, such as epidemics. Elena Milova advises life extensionists on what to do about infectious disease.