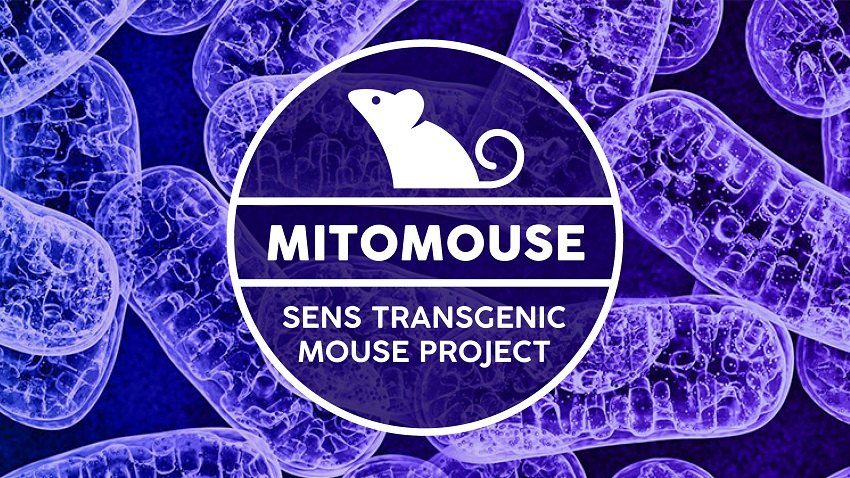 Today, we have launched the MitoMouse project on our fundraising platform Lifespan.io. This project aims to reverse the damage that aging does to the mitochondrial DNA and to restore energy production in our cells with the goal of preventing age-related ill health.

The power stations of the cell

However, mitochondria do even more than just simply producing energy. They also create chemicals that our cells need for other functions, break down waste products to make them less harmful, and recycle some of those waste products to save energy.

Our mitochondria are actually not originally part of us; they were once ancient bacteria that infiltrated our cells as stowaways, and they were co-opted by our distant ancestors’ cells due to their ability to produce energy much more efficiently. This partnership is ideal, especially for supporting complex animals including us, as bigger brains need more energy.

As we age, the mitochondria become increasingly damaged and dysfunctional, and this is thought to be a major reason why we age and develop age-related diseases. The primary reason for this is that they produce free radicals during energy production. These free radicals are a natural byproduct of that process, but, as we age, the amounts of free radicals produced rises, and as they are released and bounce around inside our cells, they can strike and damage the remaining mtDNA, which is not protected inside the cell nucleus as our own DNA is.

But what if we could repair the mitochondria to restore energy production for healthy longevity?

The MitoSENS program, which is being developed by the SENS Research Foundation, is aiming to see if such a feat is possible in animals by developing therapies that are able to repair aged and damaged mitochondria; this is the basis of the MitoMouse project.

The first step in doing this will be to demonstrate the reversal of mitochondrial DNA damage in a specially engineered mouse strain. The project will move mitochondrial gene ATP8 into the cell nucleus, where it will be protected from damage; in other words, finishing the job that nature has already done with the other 1000 or so mitochondrial genes.

The migrated ATP8 gene, once located in the cell nucleus, should then continue to express its protein, allowing the mitochondria to function as normal but keeping the gene protected by the nucleus wall safe from damage by free radicals. If this is successful, it will be the first animal proof of concept that this therapy can work in mammals and the first step towards translating it to people.

To help make MitoMouse a success, we need your help to fund and test this exciting and unique approach to mitochondrial damage. Head over to the MitoMouse project page at Lifespan.io to learn more about this exciting initiative and see how you can contribute to the project today!

Wishing You a Happy Holiday and a Healthy New Year!

While our team is taking some well earned rest and relaxation over Christmas (very important for health and longevity) we...

Raising Awareness that Aging is a Problem Worth Solving

There has been plenty going on here at Lifespan.io, so we thought it was time to give you a...

Leading the Movement for Longer and Healthier Lives

As a non-profit organization, our goal is to engage and educate the public about the potential of rejuvenation and a...
CategoryEditorial, News