The functional MRI is a promising aging clock. 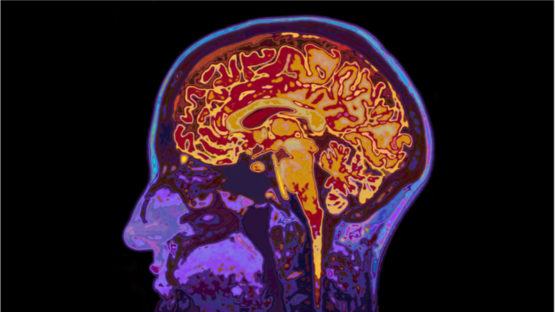 Recent data published in Neuropsychopharmacology has looked at changes in brain connectivity across lifespan and in patients with major depressive disorder.

Recent research at Weill Cornell Medical in New York City has taken both of these approaches in a brain MRI study of 710 healthy individuals from 18-89 years of age [1]. The researchers used resting state functional MRI to study the connectivity of different brain regions, finding decreased connectivity in older age, particularly in the executive/attention control, default mode, and sensorimotor networks of the brain. They then created a model from the fMRI connectivity data to predict age using a support vector regression machine learning technique. The model was somewhat robust, with a correlation coefficient of 0.7 (a measure that can range from -1 to 1, with both extremes indicating a perfect correlation). However, the variability between predicted and actual age was wide, with a standard deviation of about 13 years.

The researchers applied their model to 109 patients being treated for major depressive disorder (MDD). MDD is associated with accelerated aging both on a behavioral and cellular/molecular level, but it has not been previously looked at in a resting state functional connectivity study such as this one. The model, which was trained on healthy individuals, predicted patients with MDD to be 2.1 years older than their actual ages. This difference was mild but considerably significant from a statistical standpoint.

The researchers also looked specifically at the difference between predicted and chronological age, considering individuals with higher predicted ages, according to their model, to have undergone accelerated brain aging. This variable was related to depressive symptom severity and financial impulsivity in men; however, this did not apply to women, nor was it related to several other cognitive variables. Furthermore, the data used in this study came from a clinical trial on repetitive transcranial magnetic stimulation (rTMS). Because advanced age is related to treatment non-responsiveness across medical disciplines, including psychiatry, the researchers hypothesized that accelerated brain aging may also predict treatment non-responsiveness to rTMS. However, no association was found.

Biological clocks for brain tissue have been shown to be more predictive of neurodegeneration and mortality than chronological age. It is interesting to see data that identifies common manifestations between aging and a condition not typically thought of as age-related, such as depression. As we learn more about the biomarkers of aging, such as reduced resting state functional connectivity in the brain, we will be able to better study the mechanisms of aging and the impacts of aging interventions. Non-invasive measures, particularly fMRI, are valuable for their practical human use. It is also conceivable that a biological clock, such as a modified version of the one used in this study, can reduce the time required to conduct clinical trials. However, much is still unknown about this model and others like it. Further studies will be needed before such clocks can be used as surrogate endpoints for morbidity and mortality.