A Clinical Trial of Hyperbaric Oxygen Therapy for Skin Aging

The results showed rejuvenative effects according to multiple biomarkers. 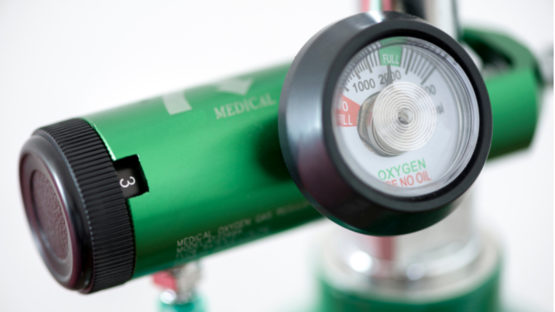 Skin
Skin, as the most readily visible organ of the human body, is one of the first to let us know that we are getting older. Our skin goes beyond appearance; it protects our internal organs from bacteria, fungus, viruses, toxic chemicals, and various other harmful agents. It prevents us from excessive loss of water, insulates us from the cold, and sweats to cool us down when we are hot. Blood vessels in the skin expand and contract to help us release and conserve, respectively, the heat within our b...
Read More

In HBOT, patients are exposed to higher concentrations and higher pressures of oxygen than what they experience in everyday air. Pressures are commonly twice as high as air pressure at sea level and made up of 100% oxygen. In comparison, oxygen makes up only about 21% of Earth’s atmosphere.

This rush of oxygen increases the amount that gets delivered to tissues throughout the body. A single HBOT treatment increases oxidative stress, a known contributor to aging, but repeated exposures actually decrease oxidative stress as the body acclimates [1]. In fact, it can induce many of the same beneficial effects of decreased access to oxygen, also known as hypoxia [2,3]. These beneficial effects include improvements in aging factors such as mitochondrial function, stem cell proliferation and migration, reduced telomere shortening, and reduced cellular senescence [1,4].

The FDA has approved HBOT for the treatment of necrotizing infections, decompression sickness, non-healing diabetes-related wounds, and even radiation burns [5]. It has been shown to increase angiogenesis (the formation of new blood vessels) by stimulating the expression of HIF-1a, HIF-2a, and VEGF. Recent evidence also suggests that it may reduce cognitive decline, and a study in 2020 showing that it reduced senescence and telomere shortening has gone viral in the media.

Although it has been tied to mechanisms of aging and is used most frequently to treat skin diseases, there have been few studies examining the effects of HBOT on skin aging. Researchers at Shamir Medical Center in Israel, many of whom also conducted the studies on cognitive decline, senescence, and telomere shortening, recently investigated HBOT’s effects on skin in an aged, non-pathological population [6].

13 male participants, aged 68 with a standard deviation of 2.5 years, were enrolled in the study. To be eligible, they could not display pathological cognitive decline or have experienced a stroke, heart attack, cancer, severe renal failure, uncontrolled diabetes, or pulmonary disease in the year prior to enrollment. They also could not be taking immunosuppressants, have a BMI greater than 35, or be smokers.

Skin biopsies were taken at baseline, after a three-month control period (no treatment), and again after three months of HBOT. Participants received 90-minute sessions, five times per week. Each session consisted of exposure to 100% oxygen at twice atmospheric pressure with 5-minute breaks every 20 minutes.

Several measurements of skin aging are improved after HBOT

Analysis of the participants’ skin biopsies revealed no statistically significant differences between baseline and the no-treatment controls in any of the measurements. However, follow-up after HBOT treatment revealed several changes. Elastic fibers in the skin increased in length and had reduced fragmentation after HBOT, although they did not change in their density or thickness. Collagen fibers increased in density, and the papillary layer thickness was decreased after HBOT. Collagen fiber thickness in the papillary and reticular layers did not change, nor did the thickness of the epidermis layer.

The number of both endothelial cells (CD31 positive) and blood vessels increased after HBOT. Meanwhile, senescent cells as measured by Sudan Black staining decreased. Among the measures that changed, each changed in the opposite direction that is typically observed with aging, suggesting that the participants’ skin was more youthful after the intervention.

In summary, for the first time in humans, our study indicates that HBOT can significantly modulate the pathophysiological aging effects on the skin of healthy aging adults. The demonstrated mechanisms include angiogenesis and clearance of senescent cells.

It is always exciting to see a longevity treatment have beneficial effects in a human study. In these experiments, the magnitude of the differences after HBOT was quite impressive. However, the most notable limitations were the small number of participants (n=13) and the lack of a placebo control. No group went through the same procedure or thought that they might be receiving the treatment without actually receiving HBOT. Therefore, we cannot say with certainty that the placebo effect did not contribute to the differences seen after HBOT.

Several of the authors also work for an HBOT company. The researchers were blinded during their analysis, and it is highly unlikely that anything nefarious occurred. However, subtle and subconscious bias can slip into experiments even with the best of intentions. Additionally, much of the previous work on HBOT in humans has also been done by this same group. Similar experiments ultimately will need to be repeated in larger, placebo-controlled studies by other researchers before we can have full conviction in these results.

The treatment proposed is also very onerous to participants, requiring expensive equipment and 7.5 hours per week. Whether the same results can be achieved with a shorter dose, improved upon with a different regimen, or replicated with a HBOT-mimicking therapy provides interesting lines of future research. Despite these drawbacks, promising non-pharmacological treatments are underrepresented in biomedical research, and HBOT may provide an opportunity as a geroscience-motivated intervention moving forward.