What is Nicotinamide Mononucleotide? A Summary of NMN

NMN is a naturally occurring molecule and a popular dietary supplement marketed as a NAD+ booster.

NMN is short for nicotinamide mononucleotide, a naturally occurring molecule present in all species. On the molecular level, it is a ribonucleotide, a basic structural unit of the nucleic acid RNA. It consists of a nicotinamide group, a ribose, and a phosphate group.

NMN is a precursor of nicotinamide adenine dinucleotide (NAD+), a molecule that may be useful in slowing down some aspects of aging. NAD+ serves many critical functions in our cells, such as electron transport, cell signaling, and DNA repair.

Accumulating evidence suggests that as we age, our levels of NAD+ decline, increasing our risk of age-related diseases.

This is where the NAD+ precursor NMN comes in. Some researchers believe that if we can restore that lost NAD+, we could not only slow down aging but also delay various age-related diseases. Whether or not restoring NAD+ metabolism in humans will slow down aging or support healthy longevity is still an unanswered question, though the animal data is promising.

NMN can be found naturally in foods such as avocado, broccoli, cabbage, cucumber, and edamame. Here is how much NMN is found in some common foods.

While these kinds of foods are an excellent source of nutrition, dietary NMN supplements are also available. These supplements typically come in doses of between 100 – 500 mg, although an optimal dose has yet to be determined in people.

Fasting and caloric restriction also appear to increase NAD+ levels and boost the activity of sirtuins, aka the longevity genes. It is suggested that their activity relies on the presence of NAD+. In mice, fasting boosted NAD+ levels and sirtuin activity, and it appears to slow down aging.

NMN is one of multiple NAD+ precursors

Other NAD+ precursors include nicotinamide riboside (NR) and nicotinic acid (niacin). This diagram shows how these precursors lead to the creation of NAD+.

More recently, reduced nicotinamide mononucleotide (NMNH) has emerged as a possible contender for the most efficient NAD+ boosting precursor molecule [1]. However, NMNH is not currently a commonly available dietary supplement, and more research is needed before that happens.

How was NMN discovered?

Back in 1963, Chambon, Weill, and Mandel discovered that NMN provided the cellular energy needed to activate an important nuclear enzyme [2]. This led to the discovery of poly (ADP-ribose) polymerases (PARPs). These are a family of proteins involved in a number of cellular processes, such as DNA repair, genomic stability, and programmed cell death. PARPs and their activity are also linked to changes in lifespan in different species.

In 2014, a team of researchers led by Dr. David Sinclair demonstrated that NMN can extend the lifespan of mice [3]. In 2017, researchers used NMN to reverse DNA damage in mice by increasing NAD+ levels [4].

In 2020, researchers used NMN to improve blood flow and neurovascular health in aged mice [5]. It also appeared to reverse some age-related changes to gene expression. From a total of 590 genes that are different between young and old animals, treatment with NMN reversed 204 of those genes back towards youthful expression levels.

Also in 2020, a group of researchers demonstrated that treatment with NMN restores neurovascular coupling (NVC) in aged mice [6]. NVC deficiency appears to be a major factor in the age-related decline of cognitive and motor functions.

How is NMN created?

NMN is created in the human body with B vitamins as precursors. The enzyme that makes NMN is known as nicotinamide phosphoribosyltransferase (NAMPT). NAMPT attaches  a form of vitamin B3 called nicotinamide to the sugar phosphate 5’-phosphoribosyl-1-pyrophosphate (PRPP).

NAMPT is the rate-limiting enzyme in the production of NAD+, which means that lower levels of NAMPT mean decreased NMN production and thus decreased NAD+ levels. This also means that by administering additional NMN, the rate of NAD+ production can be increased to somewhat address this shortfall.

It is also possible for NMN to be created from NR by the addition of a phosphate group. Some researchers suggested that NMN could not enter the cell without first becoming NR. However, in 2019, a new NMN transporter channel was identified, showing that it can [7].

The study found that the Slc12a8 gene encodes a specific NMN transporter that allows the molecule to enter cells without being converted to NR first. This discovery certainly came as an unpleasant surprise to the manufacturers and distributors of NR supplements.

The bulk of studies on NMN have been carried out on mice and rats. These have shown positive effects on metabolism, liver, skin, muscle, and brain function as well as improved bone structure, vascular health, reproduction, immune system function, and lifespan. Human studies on people taking NMN are in their early days, but there is some limited data of interest.

In 2020, a Japanese lab conducted a human clinical trial of NMN, which showed that it is well tolerated when given as a single dose [8]. The results of a 2021 study suggested that NMN enhances aerobic capacity in amateur runners [9]. While the study did have some limitations, there were limited but measurable improvements.

In May 2022, the data from a multicenter NMN clinical trial was published with some modest but interesting results [11]. The data suggested that NMN was increasing energy levels and could be interpreted as an anti-aging effect, albeit it relatively small in this case. That said, NAD+ levels also increased in the placebo participants not taking NMN. These results require futher investigation and a larger study, as this one was fairly small at only 66 people.

The future of NMN research

There is currently fairly limited human data, but that has not stopped NMN from being enthusiastically marketed as a dietary supplement and a NAD+ booster. It has proven popular with people who are confident of its usefulness as an anti-aging compound despite the lack of strong human evidence.

However, the high cost may be prohibitive to some people seeking the fountain of youth. It could be that more cost-effective precursors such as NMNH or other methods may replace it.

After all, to be truly effective in slowing down aging, a supplement not only needs to work, it also needs to be affordable. Currently, the price of NMN and NR is beyond the reach of the average person, and that is a problem that needs to be solved.

However, we have not yet been able to firmly conclude that NMN supplements actually work to slow down aging. Fortunately, there are more human trials underway that will hopefully tell us just how useful NMN is in this respect.

While the data for long term administration of NMN in humans is scarce, large numbers of people take it as a dietary supplement with few negative reports. However, more studies focused on long-term safety and efficacy should be conducted.

Obviously, if you do decide to become an early adopter and take an NMN supplement, you should bear in mind that you are essentially self experimenting. You should cease using it immediately if you experience any adverse side effects and consult your doctor.

This article is only a brief summary and is not intended as an exhaustive guide. The article is based on the interpretation of research data, which is speculative by nature. This article is not a substitute for consulting your physician about which supplements may or may not be right for you. We do not endorse supplement use nor any product or supplement vendor, and all discussion here is for scientific interest. A new paper published in Nutrients shows that the well-known NAD+ precursor NMN alleviates lung injury caused by silicate inhalation in wild-type mice. An antioxidant approach to a common problem What is Nicotinamide Mononucleotide? A Summary of NMNNicotinamide mononucleotide (NMN) is a precursor of the coenzyme NAD+, which serves critical functions in our cells. The... A new study suggests that NMN supplementation elevates NAD+ levels and increases walking distance in healthy participants, with 600 mg/day being the optimal dose [1]. NAD+ and its precursors What is Nicotinamide Mononucleotide? A Summary of NMNNicotinamide mononucleotide (NMN) is a precursor of the coenzyme NAD+, which serves critical functions in our cells. The decline... The data from a multicenter NMN clinical trial have been published with some very modest but still interesting results [1]. What is NMN? NMN is short for nicotinamide mononucleotide, a naturally occurring molecule present in all species. It is a precursor of nicotinamide adenine dinucleotide (NAD+), a molecule that may be useful in slowing down... A Link Between NAD+, AMPK, and Alzheimer’s

Researchers publishing in Aging have discovered that an energy metabolism compound is associated with a protein that suppresses amyloid beta in a mouse model of Alzheimer's. The compounds involved The researchers describe nicotinamide mononucleotide adenylyltransferase 2 (Nmnat2) as a key co-factor for energy metabolism. This compound is involved in creating NAD+, which is essential in... 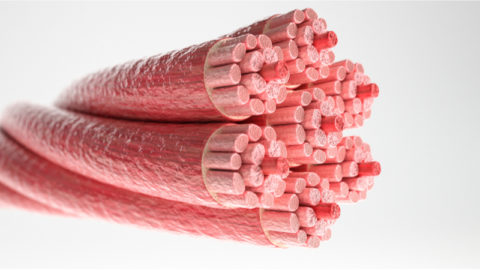 In recent years, there has been considerable interest in the naturally occurring molecule and dietary supplement nicotinamide mononucleotide (NMN) and its potential influence on aging. While there have been numerous animal studies suggesting that it may be useful in combating some age-related decline, there has been a lack of human data until now. In previous... New research in the journal ACS Nano describes a method to improve the efficiency of NMN and metformin in the liver by using a novel nanoparticle delivery method. Nanotechnology in drug delivery  Nanotechnology is a broad field that utilizes the unique properties of extraordinarily small materials. In medicine, it has been applied in drug delivery... According to new research, mutations accumulate in the mitochondrial DNA of egg cells, leading to changes in cellular metabolism, which result in reduced fertility. The study also showed that NMN treatment can restore the metabolic balance in aging mouse oocytes, rescuing fertility. Defective eggs Although malfunctioning of mitochondria and the accumulation of mutations in mitochondrial... Why NAD+ Declines During Aging – Part 2 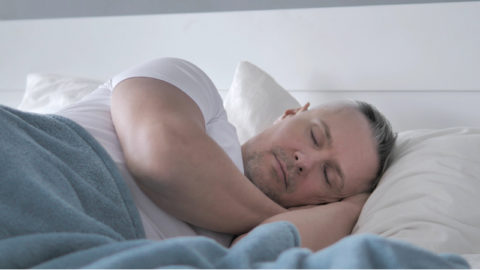 NAD+ and the Circadian Rhythm

A new study may shed some light on how aging and circadian rhythms may be linked by discovering a role for nicotinamide adenine dinucleotide (NAD+) in preventing the age-related disruption of circadian rhythms in mice. A circadian rhythm is an automatic process that regulates a cycle of behavioral changes and repeats roughly every 24 hours.... A new study suggests that we can actively fight back against age-related decline with resistance training to restore our levels of NAD+, a critical molecule used by the mitochondria in our cells to produce energy. NAD+ and mitochondria The mitochondria are the powerhouses of the cell, and they use the nutrients we consume in order... A group of researchers has demonstrated that treatment with NMN, a precursor of NAD+, restores neurovascular coupling (NVC) in aged mice [1]. Since NVC deficiency seems to be a major factor in the age-related decline of cognitive and motor functions, this discovery presents exciting new possibilities for longevity research. Neurovascular coupling While the human brain...