Leading researchers discuss "selling the science" to the public The Longevity Dialogues, a new web series from Seeking Delphi, features various notable figures in the aging research and futurist community as they discuss the implications of increased healthy longevity through science.

Hosted by Mark Sackler, this episode features Dr. Aubrey de Grey, Dr. Nir Barzilai and Lifespan President Keith Comito. This time, the discussion is focused on how to get the government and the general public on board with the idea of targeting aging directly to prevent age-related diseases.

This discussion highlights that while the idea of reversing biological age is becoming increasingly accepted in the field of geroscience, beyond that, getting the idea to take root is a challenge. Even among the scientific community, there is a tendency towards siloing, a practice in which researchers in adjacent fields remain focused on their small areas of science, such as cancer, Alzheimer’s, and diabetes research, and avoid openly admitting that aging is the uniting factor and that targeting aging could be a viable approach to treating these diseases.

Nir Barzilai discussed his experience of launching the TAME metformin trial and how in the NIH, there was a silo mentality and essentially a belief system that nothing could target aging despite the scientific evidence that Nir and his team had. This belief system in academia is strange, given that this is the scientific community, which is supposed to be led by the data. The struggle to break through the silo mentality is very real, and there is much work ahead to change hearts and minds.

Is aging a disease or not?

Another point raised by Nir is that of classifying aging as a disease or not. Policymakers in general do not care about the field’s debate on this matter, and the FDA, AFAR, and the Gerontological Society of America do not want to call it a disease either.

He suggests that we should forget trying to push the disease angle, as it is politically unpopular and has strong pushback. Instead of worrying about that, we should instead focus on showing that a cluster of diseases can be addressed by targeting the aging processes; our field can call it aging, and the FDA can call it whatever they like, because it is irrelevant and only the outcome matters. We would have to agree with him on this matter and do not think that not classifying aging as a disease is going to be a problem for progress.

That said, as a fun, thought-provoking exercise, as it is currently classified, aging could be considered a syndrome, more specifically a comorbid syndrome. This describes aging perfectly; it is a group of symptoms that consistently occur together and a condition characterized by a set of associated symptoms. Essentially, aging is an umbrella term that describes a variety of pathological changes. While it may struggle to be accepted as a disease, both from the regulatory and social points of view, it already qualifies as a syndrome.

However, whether aging is or is not a disease is largely irrelevant and semantic in nature, and instead the focus should be on the outcome as Nir suggests. If we can delay or even reverse multiple age-related diseases using interventions that we consider to be targeting aging, it does not matter as long as the outcome is achieved.

The good news is that many governments are starting to shift the emphasis of healthcare to prevention rather than cure, and the concept of healthspan is also taking hold. With many countries starting to experience rapidly aging societies, in which the elderly will soon outnumber younger generations, it is becoming increasingly important to find ways to help older people remain healthy and productive.

This is the ideal time to bring rejuvenation biotechnologies to the clinic, ultimately giving government and healthcare systems the tools to really prevent age-related diseases in a much more substantial way than the standard exercise and diet approaches that are typically considered prevention, though these do indeed have a valid place.

The low hanging fruit at this point includes therapies such as senolytics, which purge harmful inflammatory senescent cells from the body and, in animal studies, have been shown to increase healthy lifespan. Another near-future possibility would be therapies that are aimed at rejuvenating the immune system, making it work like it did when it was younger and so could keep older people safe. Thymic rejuvenation is one such example of how the immune system could be made stronger in older people and could help them remain healthier for longer.

Now is the ideal time to plant the seed of rejuvenation biotech and healthy longevity, and now is the time for the longevity dividend, as doing so would save society a substantial amount of money in healthcare costs and provide the individual benefits of continued good health.

Getting the public on board

A key part of making rejuvenation biotechnology a reality is going to be wide public support. Policy and societal change is typically led by public opinion, so engaging the public and getting them on board with the idea of targeting aging to prevent age-related diseases is crucial.

As Keith mentions during the discussion, this is a core reason why we created Lifespan.io, to reach out and engage the public about the possibility of doing something about aging and to show the exciting science happening in the labs now. In the past, the flow of information between labs, researchers, and the public has not been as good as it should be, and this is where we as an organization stepped in to address this shortfall.

A problem that the discussion touches upon in relation to the public is the amount of snake oil, which harms public perception and damages the credibility of the legitimate research that is happening. We suffer from the problem of having two industries in one field, and it is a real struggle to separate the credible science that we support from the snake oil being peddled by the hucksters that infest our field.

On top of that, there is also the problem of poor journalism, which is doing a bad job of covering our field. Many well-known journalists insist on using words like immortality and anti-aging, which have negative connotations and discredit our field.

At Lifespan.io, we are working hard to try to improve the standard of coverage of the field and are currently developing a code of ethics for longevity research journalism to help guide other journalists on how best to cover the field. We have, in the past, been involved in a school for longevity journalism, which has a similar goal of improving coverage, as well as arranging for journalists to attend credible aging research conferences, such as Undoing Aging and Ending Age-Related Diseases.

We have a lot of work to do as an organization to drive things forward, but the tide is turning for the field. If you would like to support our work, then find out how you can help. 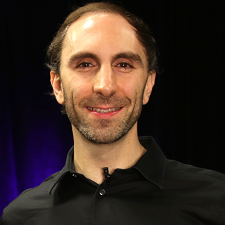 [email protected]
About the author