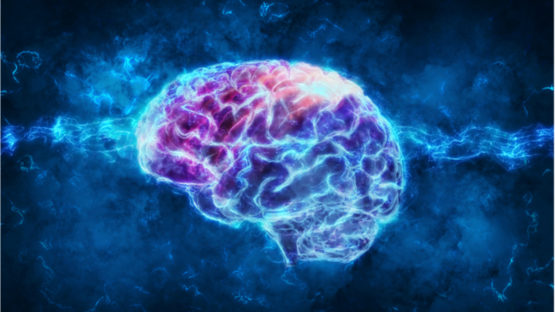 There has been a great deal of interest in the last few years in the potential regenerative properties of blood factors. This has led to two broad schools of thought: one in which there are regenerative factors in young blood that can be isolated, and another in which aged blood contains regenerative factors that cannot function due to an oversupply of pro-aging factors.

Today, we have yet another study from the Conboy Lab at UC Berkeley that supports the idea that aged blood can support rejuvenation if properly calibrated or, in this case, simply diluted so that its pro-aging factors cease to interfere with the rejuvenation process [1].

Similar to the lab’s previous study, which showed that factors in young blood were not responsible or required for the systemic rejuvenation of various tissues in aged animals, this study again establishes that rejuvenation is possible simply via the dilution of old blood [2].

This data shows an improvement in short-term memory, a reduction of activated microglia and hence less neuroinflammation, and an increase in proteins that are associated with healthy brain function and repair in both mice and humans.

One popular idea as to why this phenomena spurs rejuvenation is that the dilution of the senescence-associated secretory phenotype (SASP), which comes from inflammatory senescent cells, allows it to occur.

However, this data, for the most part, dismisses this proposal, as the researchers tested both dilution via a neutral blood exchange and the senolytic drug ABT-263, also known as Navitoclax. ABT-263 is one of the earliest senolytic drugs to have been identified, and it targets the BCL-2 family of proteins, which some senescent cells use to evade apoptosis, a self-destruct process that cells initiate when damaged or worn out.

The researchers found that the neutral blood exchange and the senolytic treatment outside the brain had some considerable difference in effect. The blood exchange diluted the aged blood and spurred neurogenesis in the hippocampus, a region of the brain, and reduced neuroinflammation. On the other hand, the senolytic drug had a lesser influence on neuroinflammation and did not produce any neurogenesis in the hippocampus at all.

That said, both treatments did reduce the presence of the SASP-associated biomarker SA-βGal in the brains of aged animals. This strongly suggests that peripheral senescence in the body crosses the blood-brain barrier and spreads to the brain.

However, as the neutral blood exchange did produce significantly greater levels of rejuvenation than the senolytic, it shows that the resulting rejuvenation was not simply caused by the reduction of SASP signals given off from senescent cells, nor was it caused by the destruction of those cells.

The dilution of old plasma is more effective for brain rejuvenation than the senolytic ABT 263, even though both act in the periphery – not in the brain. We interpret it as attenuation of blood to brain transfer of the age-elevated factors; and that the senescent cell secretome does not encompass all or the most negative effects of the aged circulation.

Our recent study has established that young blood factors are not causal, nor necessary, for the systemic rejuvenation of mammalian tissues. Instead, a procedure referred to as neutral blood exchange (NBE) that resets signaling milieu to a pro-regenerative state through dilution of old plasma, enhanced the health and repair of the muscle and liver, and promoted better hippocampal neurogenesis in 2-year-old mice (Mehdipour et al., Aging 12:8790–8819, 2020). Here we expand the rejuvenative phenotypes of NBE, focusing on the brain. Namely, our results demonstrate that old mice perform much better in novel object and novel texture (whisker discrimination) tests after a single NBE, which is accompanied by reduced neuroinflammation (less-activated CD68+ microglia). Evidence against attenuation/dilution of peripheral senescence-associated secretory phenotype (SASP) as the main mechanism behind NBE was that the senolytic ABT 263 had limited effects on neuroinflammation and did not enhance hippocampal neurogenesis in the old mice. Interestingly, peripherally acting ABT 263 and NBE both diminished SA-βGal signal in the old brain, demonstrating that peripheral senescence propagates to the brain, but NBE was more robustly rejuvenative than ABT 263, suggesting that rejuvenation was not simply by reducing senescence. Explaining the mechanism of the positive effects of NBE on the brain, our comparative proteomics analysis demonstrated that dilution of old blood plasma yields an increase in the determinants of brain maintenance and repair in mice and in people. These findings confirm the paradigm of rejuvenation through dilution of age-elevated systemic factors and extrapolate it to brain health and function.

This is yet another piece of the puzzle of the steadily evolving picture that we have of how blood factors play a central role in aging. We have said before, and will no doubt say again in the future, that the work the Conboys are doing is absolutely the low-hanging fruit of aging and rejuvenation.

We are particularly enthusiastic about the approach used here, given that it is something that could be done using already approved technology and would be easy enough to adapt to human use. We look forward to the day when human trials can begin.

You may also be interested in reading the interview we did earlier this year with Drs. Irina and Michael Conboy about their research.

UC Berkeley Research
About the author