Quantum computers are the ideal solution for quantum chemistry problems. With a new announcement from IBM and Germany’s Fraunhofer Institute, the era of quantum computing has finally arrived in Europe. Can its advance speed up the discovery of new drugs?

Despite being a research and manufacturing powerhouse, Germany, like Europe as a whole, has been lagging behind in what is probably the next tech revolution: quantum computing. Now, IBM, one of the world leaders in quantum computing, has announced a collaboration with the revered Fraunhofer Institute, which includes operating what the company says is Europe’s most powerful quantum computer to date.

The new computer belongs to the IBM Q System One class – the first-ever line of commercially available quantum computers. Despite its relatively modest 20 quantum bit (qubit) capacity, it may still greatly benefit German industry, according to some potential clients. BMW, for instance, touted the computer’s ability to help industrial robots find the most efficient way to seal seams on a car.

While we all would love to see even more solidly built German cars, what does all this have to do with longevity? It turns out that quantum computers can greatly speed up drug discovery, including new geroprotective drugs.

What makes quantum computing special? In a nutshell, quantum computers utilize the unique characteristics of quantum states. Contrary to regular bits, which can only assume the states 0 or 1, a qubit can be in an indeterminate superposition, with certain probabilities of ending up as 0 or 1 when measured.

Other quantum properties that are used in quantum computing are interference (the ability of two superpositions to cancel or amplify each other in a wave-like fashion) and entanglement (the ability of quantum systems to be correlated without being connected). A quantum computing algorithm utilizes all these qualities to suppress the probability that the system will arrive at a wrong answer and to enhance the probability of the correct answer.

Quantum computers are especially suitable for solving certain kinds of problems, such as optimization problems. On the other hand, it is extremely hard to maintain the qubits in the pristine state that they need to operate properly, which is why today’s quantum computers are bulky and weird-looking. 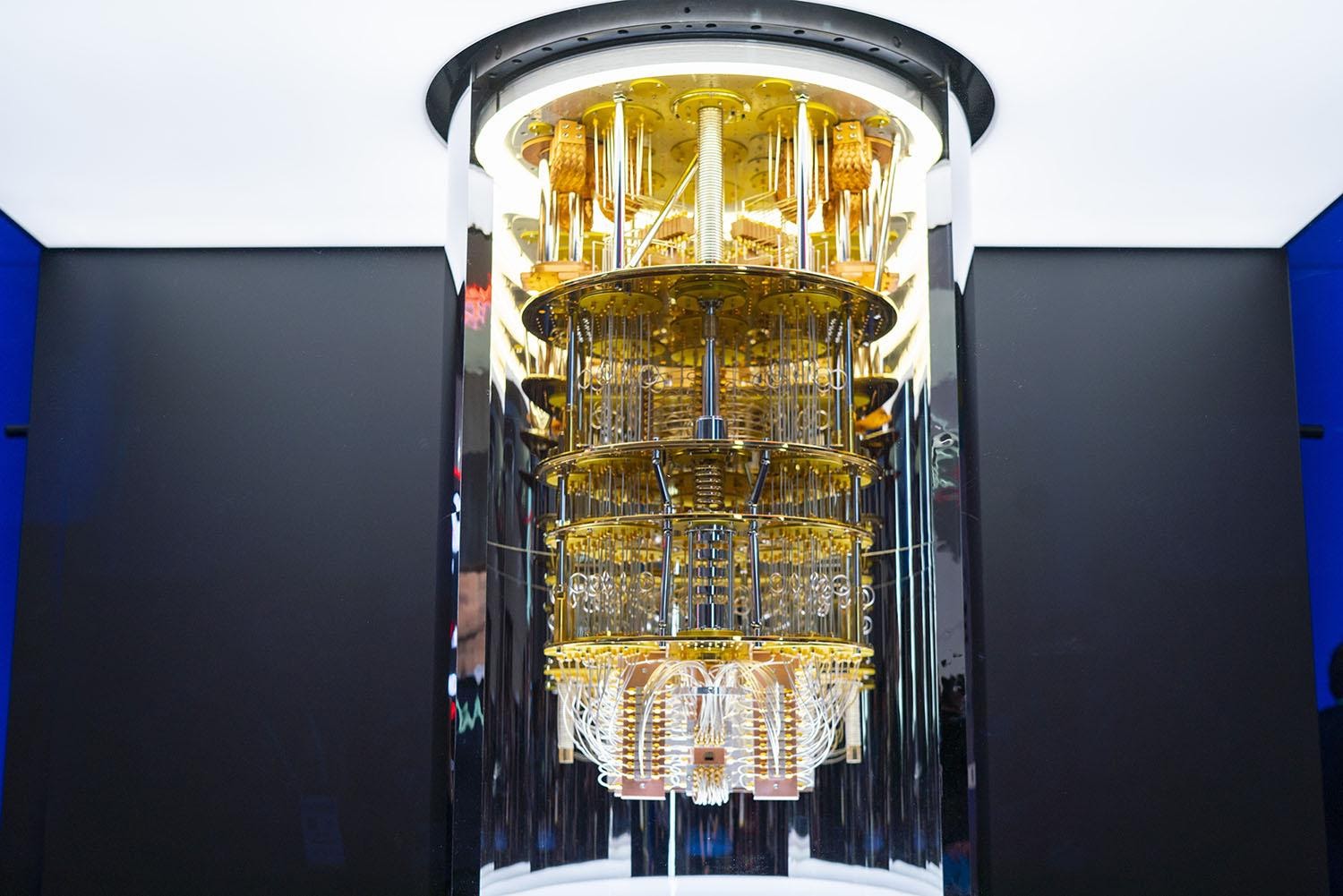 What is important for our field, though, is that quantum computing is built on the principles of quantum mechanics: the same ones that form the basis of physics and chemistry. When looking for new drugs, researchers must be able to reliably predict the way in which a candidate molecule will interact with its target, usually a protein, and with other proteins. On such a tiny scale, quantum effects come into play.

According to a paper published by IBM researchers, “quantum computers can perform certain important quantum chemistry tasks in ways that are beyond the ability of classical computers” [1]. Another paper notes that “computing the full electronic wavefunction of an average drug molecule numerically is expected to take longer than the age of the universe on any current supercomputer, while even a modestly sized quantum computer may be able to solve this in a timescale of days” [2]. To summarize, quantum computers can both figure out the properties of a molecule and shuffle through large libraries of candidate molecules much faster than regular computers can [3].

Researchers have been working to incorporate quantum mechanics into drug discovery for years, with dozens of startups operating in the field. Many of these companies design algorithms that take quantum effects into account but can still run on regular computers. While such an approach has already proved its worth, to kick off the quantum revolution in drug discovery, quantum algorithms may need to be run on quantum computers with 300-1000 qubits.

Are we there yet?

Though China and the US hold the lion’s share of patents in quantum computing, Europe can soon emerge as a worthy contender, with many startups and research institutions having been doing important work under the radar. Let us not forget that Angela Merkel, Germany’s soon-to-retire chancellor, has a PhD in quantum chemistry, though she probably does not do research anymore.

Quantum computing is one of the few technologies that has a potential to revolutionize the field of geroscience in the near future, so we should watch its advance closely. As the physicist Richard Feynman famously said: “Nature isn’t classical, dammit, and if you want to make a simulation of nature, you better make it quantum mechanical, and by golly, it’s a wonderful problem because it doesn’t look so easy”.