The Rejuvenation Market in Singapore 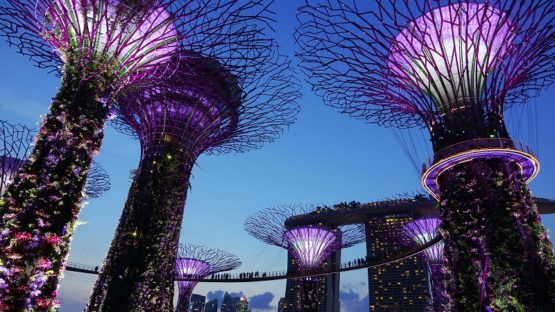 Singapore has one of the fastest-aging populations in the world. Senior citizens 65 years old or older are expected to make up almost half of Singapore’s population by 2050. Unfortunately, this swelling population is spending more time living with sickness, even though they live longer. While average lifespans have been extended, healthspans have not. [1] Singaporeans have an impressive average life expectancy of 84.8 years, but an average Singaporean born in 2017 is predicted to spend the last ten and a half years in sickness, compared to how a Singaporean born in 1999 is likely to spend only nine twilight years in deteriorating health.

In under a decade, Singapore’s healthcare budget more than doubled from S$4 billion in 2010 to S$10 billion in 2017. [2] Among the developed nations of the world, Singapore has a reputation for being one of the most fiscally conservative; there’s a socio-political stigma against the term “welfare state” in Singapore. Since its unprecedented independence in 1965, Singapore has had a general zeitgeist of “every man for himself,” as we are a nation with no natural resources. Our highly-educated workforce, along with our strategic geographical location, is the primary resource undergirding our knowledge-based economy.

However, the overwhelming majority of Singaporeans tend to balk at the suggestion of life extension, even the most liberal youngsters of my generation. The idea of life extension is still associated with speculative science fiction or fantastic, magical thinking. 84.6% of Singaporeans are religious, and religious conservatism still holds a degree of sway over Singapore’s mainstream socio-political zeitgeist. The thought of curing aging is seen as going against the natural order of things and makes most of the public squeamish.

Dr. Jan Gruber has personally sat on board discussions with the executives of Singapore’s Ministry of Health. As he anticipated, the response from the rest of the board was dismissive. At an annual budget meeting, the majority of the suggestions offered pertained to managing symptoms of aging through such means as hiring more foreign nurses or employing AI nurses. However, Dr. Gruber was the only one present to suggest actually tackling the problem at its core by treating biological aging itself. [3]

In spite of this, one of the Singaporean government’s current short-term goals is to encourage our senior citizens to remain in the workforce for as long as possible. Singapore has recently extended its official retirement age from 62 to 67. Our government has also begun to offer more incentives for employers who hire workers over the age of 54. For workers who are 55 or older earning up to S$4,000 a month, the government will provide wage offsets. [1]

Singapore’s stance towards curing biological aging can appear to be somewhat schizophrenic. Healthcare officials appear to openly reject it on the grounds of tradition and conservatism while still flirting with the idea that curing the hallmarks of aging is crucial to slashing its healthcare costs and maintaining its productivity. Singapore currently sits on this knife’s edge, but as its window of opportunity shrinks, it is becoming increasingly open to embracing biological cures for the hallmarks of aging.

Primed for the rejuvenation market

While there is a pervasive international stereotype that Singapore’s conservative political environment makes it inhospitable to cutting-edge medical therapies, Elena Milova begs to differ. The crux of Singapore’s willingness to embrace rejuvenative therapies is how these therapies are marketed. As the director of the Lifespan Extension Advocacy Foundation (LEAF), Elena is well-versed in the importance of framing cutting-edge radical medical therapies in the least provocative way possible. She is of the opinion that Singapore’s political conservatism is not analogous with medical conservatism. An article from a mainstream Singaporean newspaper, TODAY, states, “there is a need to increase life expectancy while simultaneously cutting down the amount of time people spend in poor health.” [1] This is entirely consistent with LEAF’s goal of making life extension therapies medically viable and publicly available.

In his most recent interview with Adam Ford on Science, Future, and Technology, the esteemed Aubrey de Grey gave a shout out to Brian Kennedy: “I want to give a real shout out here to Singapore, who have made the extremely smart move of hiring my good friend Brian Kennedy to run this very promising, prestigious centre for healthy life extension. I believe that’s going to be a massive global player in this area right now. Singapore is going to lead Asia into actually becoming a true partner in the crusade against aging.” [4] This is certainly a note for optimism, indeed.

In 2017, Professor Kennedy was featured in an article in The Straits Times, Singapore’s top newspaper. The article explicitly stated that Kennedy’s research was centered on “delaying aging.” Kennedy aims to establish a clinical approach to human aging in his lab at NUS, focusing on “compressed morbidity.” [5] Compression of morbidity refers to the reduction of the percentage of time that people spend in ill health due to aging by increasing their healthspans to make up a greater portion of their increasing lifespans. Kennedy is now working on bringing Singaporean clinicians and researchers together to begin human clinical trials. Kennedy himself has called the Singaporean government “progressive-minded” and “capable of thinking 10 years ahead.” “This island could be a testing ground for intervention to try to keep people healthy.”

Hopefully, this trend will perpetuate itself in the decades to come. As a self-sufficient knowledge-driven economy, Singapore must tackle its aging problem or risk losing its cherished competitive edge. Singapore has been ranked as the “most competitive economy in the world” in 2019 by IMD, outstripping both the US and Hong Kong. In IMD’s own words of praise, Singapore’s rise to this position can be accredited to its “advanced technological infrastructure, the availability of skilled labor, favorable immigration laws, and efficient ways to set up new businesses.” [6] All of these, save for our “favorable immigration laws”, are heavily dependent upon maintaining a highly educated working population with sharp cognitive capabilities.

The opportunity for Singapore to become a thriving regional market for rejuvenative therapies now seems to be growing ever-riper, and Kennedy is hoping that more of the coming generation of gerontologists will join him there soon. Sarah Lim is a 4th year political science undergraduate at the National University of Singapore. She is fascinated by the exceptional advancements that life extension and artificial intelligence research are currently making. She is also a climate action advocate and Rohingya refugee advocate. She can be found at Sarah Chowhugger on FaceBook (her profile picture is a chow chow dog).
No Comments