Why we Age: Loss of Proteostasis

Proteins are large, complex molecules that regulate almost everything in your body, either directly or indirectly. They do the majority of the work in cells and are critical for the function, regulation, and structure of tissues and organs. Proteins are made up of hundreds or even thousands of smaller parts called amino acids, which are linked together in long chains. There are a total of 20 amino acids that can be combined in many different ways to create a protein.

We have created a video about the loss of proteostasis as a good introduction to this complex topic and for additional context.

The order in which the amino acids are connected determines the unique structure of a protein and how it functions. Proteins can be categorized according to their function:

How proteins are made

The proteostasis network begins with a ribosome that translates messenger RNA into a protein. The RNA sequence dictates the order of amino acids on the chain, which is the primary structure of the protein.

These secondary structures also interact with each other in much the same way that amino acids do, causing the polypeptide to form the 3D folds that create the tertiary structure.

Sometimes, the protein may be guided via a chaperone, which causes it to take a different shape from what it would naturally form. Finally, the tertiary may function alone, or it can join other polypeptides, such as hemoglobin, which has a total of four polypeptides of two kinds. In such cases, this is the quaternary structure of a protein.

Unfortunately, this network is not perfect, and sometimes it fails; when this happens, it can result in too few or too many proteins. It can even lead to misfolded proteins that are bent out of shape and cannot perform their jobs or, worse, cause aberrant behavior in the cell by giving the wrong instructions.

Because these errors in the protein production system accumulate over time, the loss of proteostasis is considered to be a primary reason why we age and why we develop certain age-related diseases [1].

Misfolded proteins typically accumulate and form aggregates, which are clumps of the same or similar proteins that bond to each other. These aggregates play a key role in age-related diseases, such as Alzheimer’s and Parkinson’s, in which they destroy the neurons.

These misfolds happen for many reasons, and environmental stress is one of them. Changes to pH or oxidation can create aberrant protein changes, allowing them to make unwanted bonds with other proteins. Extreme cold or heat can also disrupt the non-covalent interactions between the amino acids, leading to a loss of correct structure.

DNA mutations and transcription errors can both create RNA that codes for the wrong amino acid. The same situation can occur if the wrong amino acid is added to a polypeptide. If the amino acid is structurally important, a mutation can weaken the protein and cause it to become more fragile. A recent example of a gene mutation leading to fragile protein production and an elevated risk of Alzheimer’s is the APOE4 mutation [2].

A loss of chaperones can occur due to a failure to transcribe the correct DNA, and, sometimes, the chaperones get bogged down in protein aggregations and cannot move. This trapping of chaperones is linked to Alzheimer’s, Parkinson’s, and amyotrophic lateral sclerosis.

The loss of degradation can also cause protein aggregation. In an ideal situation, unwanted and misfolded proteins are degraded by the cellular machinery responsible for recycling, but aggregations make this harder to achieve. Aggregates form clumps that protect the interior proteins from being broken down and recycled.

Finally, contagious aggregations can lead to problems. Once clumps of stubborn misfolded protein aggregates are in situ, other proteins that would have been easily broken down and recycled also bond to the aggregate and avoid destruction. Prions are good examples of such proteins and are implicated in a number of diseases, including Creutzfeldt-Jakob disease (CJD).

There are a number of potential approaches in development to address the loss of proteostasis, including chaperone and stabilizer replacement, increasing DNA repair, genome repair, rapamycin, and proteostasis-regulating drugs. 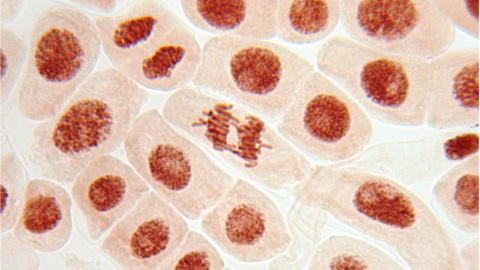 A preprint published in bioRxiv has shown the mechanisms by which cancer handles the protein dysfunction brought about by its own mutational load and how these mechanisms are different from ordinary proteostasis machinery. A highly variable burden Previous research has shown that tumors vary widely in their numbers of mutations. Some cells in a single... A team of researchers publishing in Nature Communications has described nanobodies that can destroy the α-synuclein aggregates that characterize Lewy bodies, which are associated with dementia and Parkinson's disease [1]. What are nanobodies? Traditional antibody therapies, while promising in some studies, are too large to enter cells in order to affect the aggregates there [2].... An in-depth preprint published in bioRxiv has thoroughly described how separate tissues lose proteostasis in different ways. Why we Age: Loss of ProteostasisThe loss of proteostasis is the failure of the protein building machinery of the cell and the accumulation of misfolded proteins, which is one of the root causes of age-related diseases, including Alzheimer's... A Common Amyloid Between Brain Diseases

Research funded by the National Institutes of Health and published in Cell has thoroughly described a little-known amyloid aggregate that accumulates in the brains of people suffering from multiple proteostasis-related neurological disorders. Three classes of pathology, one protein fragment The authors of this study list three different classes of neurodegenerative protein disorders: TDP-43 proteinopathies, such... Researchers publishing in Cell Stem Cell have identified a protein that helps hematopoietic stem cells (HSCs) both in ex vivo cultures and in aging tissues. The problem with culturing cells Why we Age: Loss of ProteostasisThe loss of proteostasis is the failure of the protein building machinery of the cell and the accumulation of misfolded... A recent study, led by the University of Cincinnati in collaboration with the Karolinska Institute in Sweden, challenges the popular amyloid hypothesis that has dominated Alzheimer’s research for decades. Amyloid accumulation may be the consequence, not the cause Over 100 years ago, Alois Alzheimer originally identified amyloid-beta plaques in the brains of people with the... A new review published in the American Journal of Respiratory Cell and Molecular Biology discusses the causes of, and potential treatments for, idiopathic pulmonary fibrosis (IPF). Fibrosis, but not focused on fibroblasts In the lungs, the trachea (airway) breaks out into a tree-like system of nodes. Each branch ends in alveoli, which are responsible for... A new study conducted by researchers from Germany and the UK has shown that accumulation of medin, an amyloid of the protein MFG-E8, leads to cerebrovascular (brain blood vessel) disease in wild-type mice [1]. Why we Age: Loss of ProteostasisThe loss of proteostasis is the failure of the protein building machinery of the cell and...