Autophagy and How it Aids Longevity 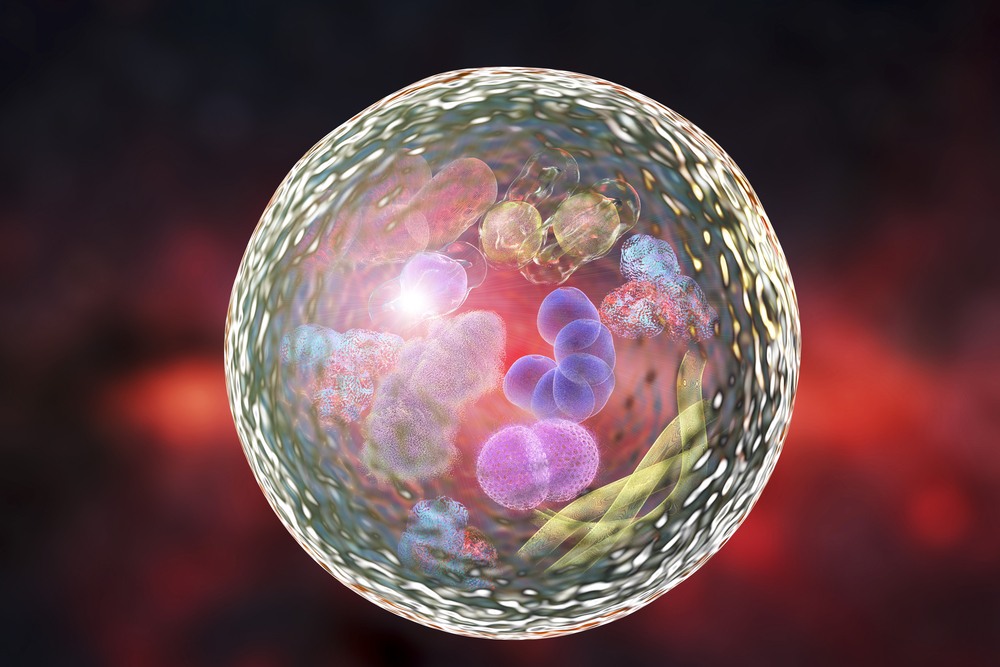 Autophagy means “eating of self” (from Ancient Greek “autó”= self;  and “phagein” = to devour) [1]. Although its name might sound harmful, autophagy appears to have longevity-promoting effects [2]. Here we will explain what autophagy is, how it works, its benefits, and how it plays a role in aging.

Autophagy is the way cells break down misbehaving or nonfunctional organelles and proteins in the cell[1,2]. This means autophagy can consume organelles, such as mitochondria, peroxisomes, and the endoplasmic reticulum[1].

Mitochondria are the power plants of your cells that convert nutrients into cellular energy. Peroxisomes are small, membrane-enclosed organelles that contain enzymes involved in various metabolic reactions, including aspects of energy metabolism. The endoplasmic reticulum is a network of membranous tubules within the cytoplasm of a eukaryotic cell, continuous with the nuclear membrane. It usually has ribosomes attached and is involved in protein and lipid synthesis.

Aberrant proteins and organelles, if left unchecked, could potentially damage the cell. At the very least, they can fail to perform their needed functions[1]. One good example of this is dysfunctional mitochondria. Autophagy can selectively remove aberrant mitochondria that have no membrane potential. If not removed, these mitochondria can release reactive oxygen species which can promote apoptosis (destruction of the cell)[2].

Autophagy is also one way our cells deal with energy shortages[2]. For example, after a period of fasting, a body’s cells will respond by breaking down some of their organelles and proteins for energy.

Summed up, autophagy does the following things:

How Does Autophagy Work?

Say a cell has a misfolded protein. Before it can be broken down or digested, it needs to be separated off from everything else. If this wasn’t the case, the proteases (proteins that break down other proteins) would sabotage the cell by breaking down both healthy and dysfunctional parts haphazardly.

A membrane called a phagophore, also known as the isolation membrane[2], separates the aberrant protein from everything else[1]. This double membrane wraps around the protein to form what is called an autophagosome. From there, this bubble (the autophagosome) makes its way to a lysosome[1].

The lysosome is a protease packed vesicle organelle that breaks down unwanted parts of the cell. Think of it as a membrane-bound sack of digestive proteins ready to break down anything the cell doesn’t want anymore. One useful metaphor for the lysosome is, if the cell was a city, the lysosome would be the dump and recycling center[3]. The autophagosome fuses with a nearby lysosome to form the autolysosome[1].

If you had to teach a young child how autophagy works, you’d explain that a small bubble forms around the protein (autophagosome). Then, it fuses with another bubble (a lysosome) to form a new one (an autolysosome). There, the protein breaks into smaller pieces. Other proteins aid in transporting these pieces elsewhere so that they can be used for building new structures.

In summary, the main steps of autophagy are:

Why is it beneficial?

As previously mentioned, autophagy functions as a survival mechanism when energy gets low, and it aids the development of several lower-model organisms, including yeast, Drosophila, and C. elegans[1]. In mouse models, autophagy seems to aid cytosol changes during embryonic and postnatal development[5]. It alleviates the issue of aggregated or misfolded proteins. It also rids the cell of some types of damaged organelles[1], and it serves as an innate immune system defense against both viral and bacterial pathogens[6].

Despite its noxious-sounding name, autophagy serves more of a protective role than a harmful one. This was observed in studies in which rodents were subjected to damage of the heart, nervous system, liver, and kidney[2]. It also seems to help protect against neurodegeneration, cancer, diabetes, and heart, liver, and autoimmune disease[1]. Autophagy can recycle aberrant mitochondria and can reduce unnecessary cell death in cells after they divide[2].

Autophagy and aging seem to be intimately connected. When the genes that cause autophagy are inhibited in mammalian cells, we observe degeneration. Much of this degeneration resembles the degeneration we see in aging. Aging itself often comes with reduced autophagy. When we stimulate autophagy, we seem to mitigate aging. Conversely, when we curtail it, we exacerbate aging[2].

The numerous strategies for slowing aging in model organisms also often cause autophagy to occur. This begs the question of whether these interventions work because they cause autophagy, and this might be the case. When we inhibit autophagy during some lifespan-extending therapies (such as calorie restriction, insulin growth factor pathway inhibition, spermidine, resveratrol, or rapamycin), it erodes the anti-aging effects[2].

Autophagy shows promise as an important maintenance and repair mechanism, especially in the context of aging. A number of research efforts are working on increasing the level of autophagy in cells in order to make the body work more efficiently.

[7] Atherosclerosis: What role does it play? Retrieved August 17, 2017, from https://www.heart.org/HEARTORG/Conditions/Cholesterol/WhyCholesterolMatters/Atherosclerosis_UCM_305564_Article.jsp Ariah received a bachelor's in Biomolecular Engineering from the University of California in Santa Cruz in 2016. Her career interests are in regenerative medicine for aging, teaching,computational biology, genomics, and bioinformatics

Cellvie Raises $5 Million to Develop Mitochondrial Therapeutics
0 Comments
The mitochondria are an important target in aging, as their age-related dysfunction is thought to be a reason we age. These tiny power […]
Posted in: News
Tags: Cellvie, Mitochondrial Dysfunction, Mitochondrial Transfer

Age-related Decline in Cellular Stress Response Alleviated
0 Comments
Scientists have successfully reversed the decline in cellular stress response in drosophila flies [1]. Our cells rely on epigenetic regulation to do their various jobs: while a […]
Posted in: News
Tags: Drosophila, Exercise, NRF2

Senolytics Alleviate Age‐Related Cognitive Decline
0 Comments
A new study by a team of researchers, including Dr. Kirkland of Mayo Clinic, shows the effect of whole-body senolytic treatment on the health and function of the brain. This […]
Posted in: News
Tags: Brain, Cellular Senescence, James Kirkland, Mayo Clinic, Senolytics

LifeXtenShow – Cellular Libraries
0 Comments
On this episode of LifeXtenShow, Sedeer explains histones in the context of epigenetic alterations, one of the hallmarks of aging, using a library of books as an analogy. […]
Posted in: LifeXtenShow, News
Tags: Epigenetic Alterations, Histones, LifeXtenShow