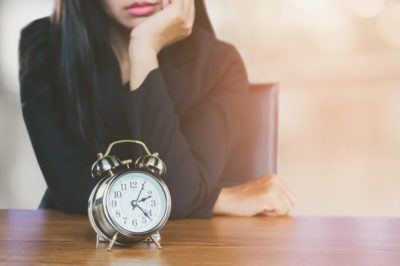 One of the most frequent questions we get from the general public is “When will rejuvenation therapies arrive?” While young people might be able to wait for a few more decades, middle-aged people are much more concerned.

The development of new drugs and therapies takes 17 years on average, but this only begins when the underlying mechanisms are investigated well enough, which cannot be said about the mechanisms of aging. We have made great progress in understanding aging in the last decade thanks to the march of technology.

There are now a number of approaches that target the aging processes poised to enter human trials in the near-future. This is, of course, fantastic news, but progress is still too slow.

So, what is holding back the pace of the research on aging, and what we can do to foster progress?

Research on aging began a long time ago. Back in the 1900s, the pioneer immunologist Elie Metchnikoff, vice president of the Pasteur Institute in Paris, wrote, “Aging is a disease and it should be treated like any other.” His work helped to shape interest in aging as a manageable problem.

The first attempts to extend healthy life in animals by evidence-based medical means were undertaken in the middle of the 20th century. The most remarkable progress, however, has been made in the last 20 years, when the field of genetics finally blossomed. However, the solutions that might prevent or significantly postpone age-related diseases are not available yet.

Some people think that this is due to a conspiracy, but the true explanation is far simpler: there are many factors that are holding back progress. These bottlenecks are not easy to address; they are surprisingly persistent, and they are the main reason why we are still suffering from age-related diseases such as Alzheimer’s, type 2 diabetes, stroke, cancer, and osteoarthritis.

Academics and various advocacy groups have noted these bottlenecks and proposed solutions.

We have made huge strides in the last decade or so, and we know a great deal about the processes and damages that aging causes, but, sadly, this does not mean that we know enough. There is much more to be learned in order to develop effective interventions and therapies to address these processes, and this is where basic science comes in. These types of studies are high-risk; they are intended to find out what works and what doesn’t, so some negative results are unavoidable.

Even if a scientific group is lucky enough to get a positive result, these studies are usually done in cells or animals – never in humans. There is no final product to immediately start selling after the study, which is why business is not very keen to fund this type of research; technically, this is a donation, not an investment.

Here is the dilemma: the knowledge gained from these studies is crucial for therapies to progress to the drug development stage, but there are not many people who aspire to become philanthropists and save the day for the whole of humanity, including themselves.

Solution: Educating people regarding the role of basic science in drug development and how it affects development time

If you add 17 years to your current age and don’t like the resulting number and its relation to the onset of age-related diseases, then ask yourself this: is supporting basic research on aging currently in your interest? You may not be very excited about life extension in mice, but remember, no results in mice equals no translation to humans.

Normally, it is the government that finances basic science, but breakthrough projects have less chance to get support It is true that the government funds research institutions and awards research grants. However, the idea of preventing age-related diseases by addressing its underlying mechanisms is relatively new.

There are not many experts among the decisionmakers in the grant system who can assess the breakthrough projects aimed at the hallmarks of aging and truly understand their potential.

This is why these kinds of projects have less support from the government than the mainstream studies of a single disease, such as Alzheimer’s or cancer.

At LEAF, we know this for a fact, because the researchers of aging are actually complaining about this barrier. Without appreciation from the government and support from business, the field of aging research can only rely on one funding source: the general public.

In the case of government funding, the money goes from the taxpayer to the government treasury, where its future allocation is decided, and then to specific research institutions whose plan of research falls within the mainstream priorities.

This makes it very hard for our community to influence the direction of research, which is a serious limitation indeed. Crowdfunding does not have this limitation, because it allows the public to connect directly with researchers and support only the projects that they believe are important.

The amount of money collected during a crowdfunding campaign can be as much as a government grant (often even more), and there is no need for the excessive paperwork typical for a government grant. This means that the researchers can focus on what they do best of all: their studies. At the end of the day, the question is simple: do you trust government officials more than researchers to identify a problem and actually develop a solution?

We put our trust in the people who have dedicated their lives to bringing the aging processes under medical control to treat age-related diseases and make us healthy. This is why we have created Lifespan.io.

Most people still believe that there is nothing we can do about biological aging, and so they see these studies as researchers simply feeding their scientific curiosity. Education regarding the plausibility and desirability to defeat aging takes time, patience, and a lot of effort.

It cannot be done by the scientists themselves (as their job is to work in the lab, not to make shows), so this is where advocacy groups and science popularizers should step in.

However, people tend to forget that the best results can only be achieved if a group is well-organized and disciplined and if it uses evidence-based practices in its activities, including planning, management, crowdfunding, educating, and lobbying. Steady progress requires a mindful and responsible approach from everyone in an advocacy group – which is sadly rarely seen.

Solution: To implement best practices as much as possible

There is a significant amount of instructive literature about every activity conducted by an advocacy group. Reading books like “Influencer: The New Science of Leading Change“, “Crucial Conversations“, “Getting things done“, and “Tribal Leadership” as well as books on fundraising, marketing, public speaking, and lobbying can significantly improve a promotion’s results. Science is equally as helpful in advocacy as it is in drug development, so let’s rely on it more. We cannot afford inefficiency or unreasonable delays; we are aging, and so are the people we love.

If it is not the lack of hard-working activists that is holding progress back, then it is poor messaging Many members of our community prefer to profess their desire for indefinite lifespans directly, shocking the public and making the whole movement appear to consist of radicals, daydreamers, and windbags.

There are a number of sociological studies (below, we offer some suggested reading material) that show just how important it is to properly explain the connection between aging and age-related diseases along with the causal relationship between aging prevention, health improvement, and longevity – longevity being a side effect of better health.

Being patient and addressing the concerns people may have in relation to longer lives, including overpopulation, unequal access, boredom, and other things is another important job that is rarely done properly with enough supporting data at hand.

Despite the fact that most of the sociological studies on public attitudes regarding life extension are available to read and have even been summarized by different members of the community, many people still refuse to explain the basics or insist on using counterproductive, radical messages, provoking additional skepticism and closing doors that would otherwise be open.

Before starting a conversation with someone who is not familiar with the idea of healthy life extension, it would be useful to take a look at the existing data regarding how to make such conversations productive. Do we want a positive result (more people sharing our views and more people supporting research on aging), or are we only after an entertaining fight?

Of course, preparation can take time; you will need to read at least several papers by researchers such as Brad Partridge, Mair Underwood, Nick Dragojlovic, and their colleagues in addition to familiarizing yourself with some demographic and economic data.

However, consider this: after you learn the best approaches, you will become an effective advocate whose direct and indirect impact can help to bring thousands of dollars to the most valuable research projects and help defeat age-related diseases forever. A few months of learning is a small cost for the opportunity to help get rejuvenation therapies developed more rapidly. We believe so, at least; this is why we are always learning and improving.

Sometimes, people ask me: “How have you at LEAF got that far by doing what you are doing?” Well, it is not because we are more talented, or smarter, or have more connections than average longevity supporters. We all started from scratch; we all passed the stage of ignorance and fallacies.

We are where we are because we believe that a serious problem like aging deserves a serious approach and because we are seeking, finding, and implementing best practices to help us be more productive.

We are incredibly grateful to all the people who have worked hard (and keep working) to pave the way for us by creating these tools, testing different approaches, and doing surveys and studies that have assisted our decision making. Yes, full medical control over aging is still probably decades away, but each study, each new book, and each expert discussion that takes place is a step forward.

The list of aging researchers includes thousands of names. Looking at how much has already been done by these like-minded people makes us believe in humanity and believe that no matter how complex the problem of aging is, we can solve it together. The sooner, the better.

Special thanks to Danila Medvedev and Valerija Pride, the leaders of the Russian Transhumanist Movement and the directors of Russian cryocompany KrioRus, for sharing their wisdom and giving me invaluable advice related to project management and promotion of breakthrough ideas.

Underwood, M. (2014). What reassurances do the community need regarding life extension? Evidence from studies of community attitudes and an analysis of film portrayals.Rejuvenation research, 17(2), 105-115.