Political goals, biotech investment, and plenty of research this month. We’ve all aged another month, but we’re another month closer to discovering how to reverse it. Here’s what we’ve learned about aging in the month of April.

Promising to connect biotech innovators and investors, researchers and policymakers, the Longevity Leaders World Congress will start tomorrow and continue through Friday. It will focus on aging science, aging well, and financing of longevity. Content access will be free; 1:1 partnering will be available for different levels of paid registration.

The All-Party Parliamentary Group on UK Healthcare Equality: The APPG’s new initiative aims to close the life expectancy gap, address health inequality in the UK, and foster a preventative approach to healthcare to support healthy longevity.

EU Green Paper on Aging Falls Short of the Mark: Steve Hill explains that, similar to the situation in the United States, this green paper makes no mention of the potential of therapies that seek to target the aging processes directly.

Intermittent Fasting: This episode of X10 is on intermittent fasting: what it is, how it differs from caloric restriction, whether or not it can make you live longer or healthier, and the methods of going about it.

Overpopulation 101: Focusing on demographics and the trends of world population, Nicola describes the commonly cited challenge of overpopulation and why it isn’t the problem that many people think it is.

Turning Genes Off and On Again with CRISPRoff: This month, we have taken a look at a new paper and technique for the gene editing tool CRISPRcas9.

AI for Longevity Drugs: A new company using AI and deep learning for longevity drug development, the regrowth of missing teeth in mice, and to grow human muscle tissue in pig embryos. We also discussed a new means of stopping colorectal cancer from proliferating.

Depression and Aging: The GrimAge clock showing that major depression accelerates aging, the NIH’s project to study senescent cells, research on the pace of aging, brain cells and DNA repair, and selenium supplementation’s effects on obesity in mice.

CRISPR Epigenetic Breakthrough: A new CRISPR breakthrough, the creation of new neurons from astrocytes in vivo, the Dog Aging Project on Science to Save the World, serum albumin increasing lifespan in a mouse study, and the effects of hypoxia on the SASP.

Meditation, Part 2: We dive further into mindfulness and look at Loving Kindness Meditation, its effects on the brain, and how these effects could ripple out to affect larger change on difficult global issues.

Dog Aging Project, Part 1 and Part 2: The Dog Aging Project aims to understand how genes, lifestyle, and environment influence aging so that dogs and their humans can live longer and healthier lives. Some Animals Don’t Age; We May Do Likewise: Some marine species are negligibly senescent: they do not noticeably deteriorate over time.

The “Not in my Lifetime” Argument: It used to be completely impossible, but rejuvenation biotechnology has grown from a fictional dream into a quickly growing field Increased Longevity and Lost Motivation: The idea that healthy longevity would deprive us of motivation in life is incredibly bizarre.

Increased Longevity and Cultural Stagnation: Try explaining to your grandfather that he has to put up with heart disease because we’re afraid that people his age may all become troublemakers if allowed access to life-extending technologies. 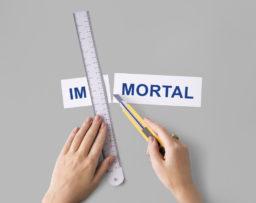 Rejuvenation is Not Immortality: The most intuitive, commonly accepted meaning of “immortality” is that it describes someone who cannot die at all.

Increased Longevity and Overpopulation: Since the 1960s, both birth rate and population growth have been gradually falling. Are There More Urgent Issues Than Aging?: Whether or not we think there are more urgent problems than aging doesn’t change the fact that rejuvenation research is nothing more and nothing less than medical research.

Some People Worry that Longer Lives Mean Longer Decrepitude: This concern is based on the ancient Greek myth of Tithonus, which might be thought of as a cautionary tale of the alleged inherent dangers of indefinite longevity.

A Summary of Apigenin: Found in chamomile, this flavonoid has traditional uses that can be biochemically explained.

A Summary of Niacin (Nicotinic acid): Recent human trials have shed new light on its possible role of niacin in addressing mitochondrial dysfunction and aging.

The Blood-Brain Barrier’s Role in Brain Aging: As Nina Khera explains, research suggests that the degradation of the blood-brain barrier over time is a factor in the development of brain diseases.

Selenium Supplements Protect Against Obesity in Mice: A recent study has shown that mice given selenium supplements were protected against the effects of a high-fat diet, similar to mice with a restricted methonine intake.

A Non-Invasive Biomarker to Track Cellular Senescence: A lipid metabolite could serve as a novel biomarker to test the performance of senolytics, according to a new study. Such a biomarker can be detected from blood or urine.

Researchers Claim Serum Albumin Increases Mouse Lifespan: Researchers behind a new manuscript claim that the lifespans of middle-aged mice can be increased up to 20% with a treatment of recombinant serum albumin every 3 weeks.

Hypoxia Reduces SASP Without Reducing Senescent Cell Burden: A new study in Molecular Cell has shown that the benefits of hypoxia may be derived from a suppression of the inflammatory SASP.

Diet, Exercise Reduce Epigenetic Age in Human Clinical Trial: Researchers have found that an eight-week program of diet, exercise, and meditation reduces epigenetic age by approximately two years in males between the ages of 50 and 72.

B-cell Depletion Ameliorates Alzheimer’s in Mice: According to a new study, Alzheimer’s disease is connected to inflammaging, which causes B-cells to change their phenotype and hamper amyloid-ß removal.

GrimAge Links Aging and Major Depression: People with major depressive disorder may have biological ages that are two years over their chronological ages.

Qigong Attenuates Age-Related Cognitive Decline in Trial: This traditional practice was found to have substantial physical benefits for the brain.

Smelling Food Undermines Dietary Restriction in Nematodes: Experiments by researchers in China and the US have shown that the smell of food is enough to reduce the lifespan gains caused by dietary restriction in nematodes.

Drug Allows Healing Without Scars in Mice: Researchers have been trying to find out how to stop the formation of scars for decades, and now, thanks to a new mouse study, they are one step closer.

Rapamycin Added to Diet in Late Mid-Life Delays Age-Related Hearing Loss in UMHET4 Mice: The results show that a later life addition of rapamycin can decrease age-related hearing loss in the mouse model, however, it also suggests that this decrease is a delay/deceleration rather than a complete prevention.

Rapamycin restores brain vasculature, metabolism, and blood-brain barrier in an inflammaging model: These results indicate that rapamycin may play an important therapeutic role in inhibiting neuroinflammation by normalizing brain vascularity, BBB, and some brain metabolites, and it has a high translational capability.

No evidence of physiological declines with age in an extremely long-lived fish: Bigmouth buffalo may be negligibly senescent.

The COVID-19 Pandemic Appears to Have Increased Longevity in Japanese Centenarians: The protective measures put in place also protected these elderly people against other viruses.

50 years of the “war on cancer”: lessons for public health and geroscience: The year 2021 marks the 50th anniversary of the National Cancer Act of 1971 and President Richard Nixon’s declaration of a “war on cancer”.

VitaDAO to Launch Longevity Biotech by Democracy: VitaDAO will aim to fund longevity research, give its members ownership of the resulting IP, and allow members to vote on the direction of the organization.

SenNet: The NIH Large-Scale Cellular Senescence Initiative: The National Institute of Health is going all-in on cellular senescence with its recently announced SenNet program. We asked two of the leading experts in aging research to weigh in on this initiative.

Jim Mellon’s Funding of Longevity Projects: How does an idea that is too unconventional for mainstream channels get funded? Often, even venture capitalist firms are too risk-averse, and government funding agencies are too entrenched in the status quo.

FDA-Approved Drug Is a Candidate for Dry AMD Treatment: Researchers have determined that directly improving autophagy through flubendazole is potentially useful in treating dry age-related macular degeneration, a disease that causes vision loss.

BioAge Off to a Rapid Start in 2021: BioAge Labs is off to a fast start in 2021, with two drugs in its pipeline now undergoing clinical trials and a third planned to start in the near future.