Being able to test the efficacy of senolytics through urine would make clinical trials easier. A lipid metabolite could serve as a novel biomarker to test the performance of senolytics, according to a new study [1]. Such a biomarker can be detected from blood or urine, allowing for non-invasive testing, and experiments have shown that it plays a functional role in cellular senescence.

Slowing down to stay safe

Cellular senescence is a response to damage or stress in which cells stop dividing and undergo a range of other changes. Senescent cells also secrete a cocktail known as the senescence-associated secretory phenotype (SASP), which includes inflammatory factors such as cytokines as well as growth hormones, proteases, and other molecules. The SASP has a variety of local and systemic effects, and it is involved in both wound healing and chronic inflammation. It is known to maintain senescence in senescent cells and to signal for senescent cell clearance by the immune system.

The fact that senescent cells become more common with age led researchers to begin developing drugs to target them; these drugs are known as senolytics. In the past couple of years, some senolytic drugs have entered early clinical trials. “While the field has never been more promising, the lack of a simple biomarker to measure and track efficacy of these treatments has been a hindrance to progress,” said Judith Campisi, the study’s senior author, in a press release. “We are excited to bring this new biomarker to the field and look forward to it being used in the clinic.”

The new study began by surveying the lipids in quiescent, proliferating, and senescent human cells. To date, the SASP has been primarily studied from the perspective of its protein composition, though some lipids have also been characterized. The researchers wanted to find out if changes in lipid metabolism associated with the SASP might lead to changes in the cellular lipid profile.

They detected a striking increase in the level of a class of lipids known as oxylipins. A variety of oxylipins were more abundant, but the most elevated one proved to be the most important; this molecule is known as 1a,1b-dihomo-15-deoxy-D12,14-prostaglandin J2, or dihomo-15d-PGJ2.

The researchers also showed that dihomo-15d-PGJ2 is specific to senescence. They treated mice with a chemical that induces senescence and then with a senolytic drug. They could detect the biomarker in blood and urine from the senescence-induced mice but not those that also received the senolytic.

Finally, the team showed that dihomo-15d-PGJ2 is not only a marker of senescence but plays an active role in promoting it. Interfering with the synthesis of dihomo-15d-PGJ2 resulted in a fraction of the cells not becoming senescent, and treating non-senescent cells with dihomo-15d-PGJ2 induced senescence. They were even able to demonstrate that this occurs via activation of the RAS pathway.

“The fact that one of these lipids ends up being a simple non-invasive biomarker for tracking the efficacy of treatments is a huge plus for those of us working to stem the ravages of age-related disease,” said Dr. Judith Campisi.

Cellular senescence is a stress or damage response that causes a permanent proliferative arrest and secretion of numerous factors with potent biological activities. This senescence-associated secretory phenotype (SASP) has been characterized largely for secreted proteins that participate in embryogenesis, wound healing, inflammation, and many age-related pathologies. By contrast, lipid components of the SASP are under-studied. We show that senescent cells activate the biosynthesis of several oxylipins that promote segments of the SASP and reinforce the proliferative arrest.

The ability to easily monitor the efficacy of senolytics will be invaluable in clinical trials. This biomarker could prove useful in senescence research more broadly by providing both a straightforward way to detect senescence and a novel molecular angle from which to investigate it. Further work on the other lipids that were elevated by senescence may uncover other players and help fill out our understanding of this complex, multi-faceted, and important process. 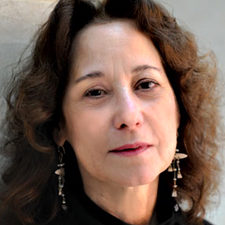