The effects of these supplements are related to methonine restriction. 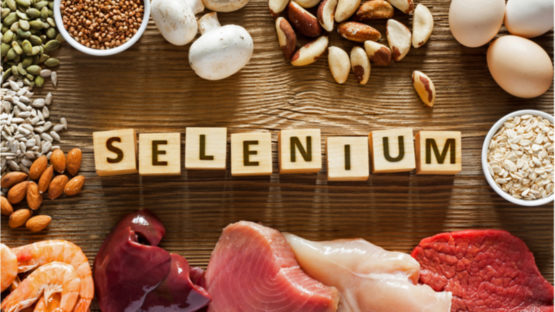 A recent study has shown that mice given selenium supplements were protected against the effects of a high-fat diet, similar to mice with a restricted methonine intake.

It is well known among the longevity community that restricting calories leads to health benefits, and the practice of caloric restriction (CR) is something that we have discussed extensively. Methonine restriction (MR) is less well-known, and its biochemical mechanisms of action are still being investigated [1]. The mechanisms of MR and CR are related, and it has been shown that many of the positive results of CR may be replicated with an MR diet [2].

One of the key benefits of MR, as shown by a mouse model, is that it provides protection against obesity [3]. Mice on an MR diet were protected against the obesity caused by a high-fat diet and did not suffer from insulin resistance. However, the mice in that experiment suffered from low bone density due to MR.

In this study, MR was shown to increase FGF21, which has been shown to have positive effects on longevity, and decrease IGF-1, a well-known hormone that has been shown to have contradictory effects in human beings. However, these effects were surprisingly sex-specific. In male mice, FGF21 spiked strongly under an MR diet, but male mice fed a selenium-supplemented diet did not produce nearly as much of this protein. Female mice administered an MR diet showed reduced effects of FGF21, while selenium supplements were notably more effective in this regard after 8 weeks of administration. The researchers point to other data suggesting that FGF21, despite this spike, might not be the true mechanism of action for MR and MR-like interventions [4].

Most importantly, leptin and insulin concentrations, as well as total body mass, were much higher in male and female mice fed a high-fat control diet without any MR or selenium supplementation. In this respect, both MR and selenium performed very well. The researchers concur with the authors of a previous paper [5] that selenium may be an ‘insulin mimetic’, and they also suggest that there is a mechanism of action related to the mTOR pathway that is caused by depressing IGF-1.

Methionine restriction (MR) dramatically extends the healthspan of several organisms. Methionine-restricted rodents have less age-related pathology and increased longevity as compared with controls, and recent studies suggest that humans might benefit similarly. Mechanistically, it is likely that the decreased IGF-1 signaling that results from MR underlies the benefits of this regimen. Thus, we hypothesized that interventions that decrease IGF-1 signaling would also produce MR-like healthspan benefits. Selenium supplementation inhibits IGF-1 signaling in rats and has been studied for its putative healthspan benefits. Indeed, we show that feeding mice a diet supplemented with sodium selenite results in an MR-like phenotype, marked by protection against diet-induced obesity, as well as altered plasma levels of IGF-1, FGF-21, adiponectin, and leptin. Selenomethionine supplementation results in a similar, albeit less robust response, and also extends budding yeast lifespan. Our results indicate that selenium supplementation is sufficient to produce MR-like healthspan benefits for yeast and mammals.

It is normal to give warnings about supplements that have been not tested in human beings for specific conditions, but such warnings are especially true for selenium, which is a micronutrient at low concentrations [6] and a well-known poison at higher concentrations. While this mouse research is promising, these selenium supplementation effects on obesity and insulin resistance may or may not apply to humans.