Some people worry that increasing human longevity will reduce motivation. Of all the concerns and objections that I’ve bumped into as a rejuvenation advocate, saying that healthy longevity would deprive us of motivation in life is by far the most bizarre. I have a hard time believing this concern is so widespread that it needs discussing, but it sometimes comes up, so for completeness’ sake, let’s do it anyway.

The argument in a nutshell

It’s very simple: if aging were completely defeated, then there wouldn’t be a definite upper limit to the duration of our lives. Depending on your luck and our ability to minimise risks from other causes of death, in principle, you might live to the end of time, if that’s a thing. And this, according to some, would make you lose your motivation to be alive. No death, no reason to live, they say. The logic behind this argument is that the perceived inevitability of death puts a certain pressure on you; as the reasoning goes, you’ve only got so much time, so you’d better use it to get something done; without this pressure, you’d end up consistently postponing to tomorrow what could be done today.

Which is a needlessly complicated way of saying that interest, passion, necessity, generosity, etc, are not sufficient conditions to get people to do anything; unless you’re in a rush because your biological clock is ticking, laziness would take over.

Even accomplished scientists sometimes think this way, which is rather surprising: I would expect a scientist should love nothing more than having potentially unlimited time to dedicate to the study of what fascinates him so much; more importantly, a scientist who is truly passionate about his field should need no other motivators to get out of bed in the morning and do what he loves, let alone the spectre of limited time!

The way I see it, if you keep postponing doing something just because you don’t have to do it right now, then perhaps you’re not so into it after all. If you love it, why wait?

Sure enough, I postpone house chores even when I really shouldn’t, but I wouldn’t even dream of postponing that which I love doing, feel like doing, and can do right now.

The meaning of meaning

This argument has a few variations and forks, such as the boredom argument and the “death gives life meaning” argument. We encounter this argument periodically but it really does not wash, and the essence of our counterargument is this: meaning is not an intrinsic property, neither of life nor anything else. Meaning depends on an observer who attributes it to something. It’s not an absolute, and there are no things that confer meaning to other things by default for everyone. In other words, you decide what gives your life meaning, and if it so happened that you could live a few centuries as opposed to a few decades, this wouldn’t necessarily and automatically make it meaningless.

The idea according to which you can’t properly appreciate or understand a concept or a feeling without its opposite has some merit, but it can’t be over-generalized or extended too much without leading to nonsense.

For example, it’s true that we often take for granted good things until we lose them, such as health, but this is no reason to say that we should lose good things just to remind ourselves that they’re good and that we should be appreciative of them. Would you say you can’t properly appreciate not having cancer until you’ve had cancer and ascertained that it’s no fun, and therefore you should have it at some point? Exactly. Not quite everything must be tried at least once.

Similarly, you don’t need misery to appreciate happiness. Knowing what misery is like might help you make a clearer distinction between misery and happiness, but it’s not like any unrealistically lucky people out there who’ve somehow never been miserable have necessarily never been happy either.

After all, happiness, sadness, and the lot are nothing but—and I don’t mean this in any diminishing way—the product of chemical reactions going on in your brain and more generally your body, and they don’t really need you to know what their opposite is like before they can happen. The first time you’ve felt anything in your life, you had no way of comparing that feeling to any other, but if, for example, it was misery, I’m sure it felt miserable anyway.

It goes without saying that you don’t need death, or the idea that one day you’ll certainly die, to be motivated or appreciate the good things in your life. Why and how you appreciate things is none of my business, but if you asked for my opinion, I’d say you should appreciate good things because they’re good, not because one day you might not have them anymore.

There’s no reason to think that a good thing inevitably turns bad if you can enjoy it forever. Take friendship or your relationship with your dear ones. Do you value them because you’re reasonably sure that one day your friends won’t be around anymore, or do you value your friends because they’re good people? 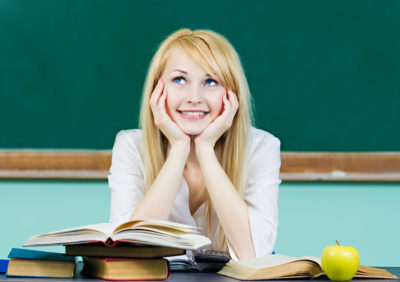 What about health? Do you think a day will ever come when you’ll be sick of being healthy—pun intended? And if you fill your life with good things, which you appreciate because they’re good regardless of how long they’ll last, is there any reason why you would need or want life to be finite?

Sure, however minuscule the odds, it might happen that one day you’ll run out of good things to fill your life with. But I’d wait for that to happen before rushing into any decisions as to how long I want to live.