The smell of food is enough to reduce the lifespan gains from dietary restriction in nematodes. 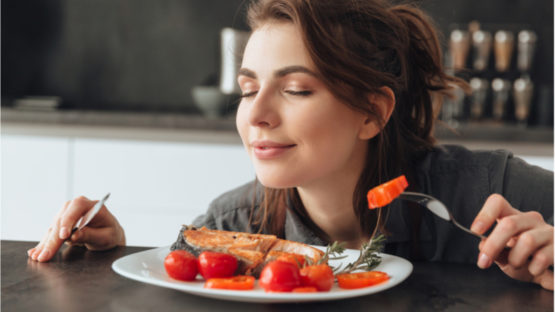 Experiments by researchers in China and the US have shown that the smell of food is enough to reduce the lifespan gains caused by dietary restriction in nematodes. By unraveling the genetic and neurological network behind this, the team found evidence that the same might hold true in mammals.

Dietary restriction is more than a diet

Dietary restriction is one of the most effective longevity interventions, increasing lifespan and improving health in a wide range of creatures, including yeast, fruit flies, mice and primates. While there is no conclusive evidence that dietary restriction increases human lifespan, many people experiment with caloric restriction or intermittent fasting because of the expected health benefits.

Despite the widespread effectiveness of dietary restriction, the mechanisms linking it with health and longevity still aren’t fully understood. The nutrient signaling pathways involving AMPK and mTOR are clearly involved, but other interacting pathways or players in the process remain to be discovered. There is evidence that non-nutrient components of food can also affect aging. For example, a 2007 study showed that “nutrient-derived” smells can affect lifespan and block the benefits of dietary restriction in fruit flies [1] .

The power of smell

In the new study, researchers grew C. elegans nematodes in petri dishes with and without bacteria, which is what they eat. Some of the plates also had a thin layer of bacteria on the lid, so the nematodes could smell them but couldn’t eat them. This had no effect on lifespan for the nematodes with free access to bacteria, but in the dishes without bacteria, it caused a 50% decrease in the longevity gain from dietary restriction. In a nutshell, the smell of bacteria offset some of the lifespan extension caused by dietary restriction.

The team then carried out a series of experiments using loss-of-function mutants, neuron activity measurements, and cell-specific depletion or overexpression of genes, which allowed them to piece together the neural circuit involved. The signal is carried through a sequence of neurons from the brain to the intestine – interfering with any of the neurons in the link blocked the effect of the food smell – and is mediated by the neurotransmitter octopamine, which is the invertebrate homolog of norepinephrine. Octopamine affects lifespan by regulating the energy sensor AMPK In the intestine.

There are more details about the pathway in the study, but the most interesting point is that the researchers tested whether this signaling link is also present in mammals. They studied cultures of mouse cells that are functionally similar to the nematode intestine and showed that norepinephrine activates AMPK via the same signaling pathway. Whether this is linked via neurons to the perception of smells remains an open question, let alone whether that could alter the longevity benefit of dietary restriction.

The role of food nutrients in mediating the positive effect of dietary restriction (DR) on longevity has been extensively characterized, but how non-nutrient food components regulate lifespan is not well understood. Here, we show that food-associated odors shorten the lifespan of Caenorhabditis elegans under DR but not those fed ad libitum, revealing a specific effect of food odors on DR-mediated longevity. Food odors act on a neural circuit comprising the sensory neurons ADF and CEP, and the interneuron RIC. This olfactory circuit signals the gut to suppress DR-mediated longevity via octopamine, the mammalian homolog of norepinephrine, by regulating the energy sensor AMP-activated protein kinase (AMPK) through a Gq-phospholipase Cβ-CaMKK-dependent mechanism. In mouse primary cells, we find that norepinephrine signaling regulates AMPK through a similar mechanism. Our results identify a brain–gut axis that regulates DR-mediated longevity by relaying olfactory information about food abundance from the brain to the gut.

This is a great example of the value of basic research. C. elegans is a tractable system for investigating this kind of question, and it’s well-characterized enough that the researchers could tease apart all the many components linking food scents with lifespan. That would have been incredibly difficult – if at all possible – in a model mammal system, let alone in humans. The team then built on that to show that the same thing could happen in mammals, opening the door to lots of interesting questions and experiments. For example, which odors are important? What about other sense modalities, like sight? While we’re a long way from being able to say that the same thing happens in humans, the idea that lifespan could be extended by manipulating the perception of food is certainly appealing.