The NIH intends to begin a senescence analysis initiative that is predominantly focused on human cells. 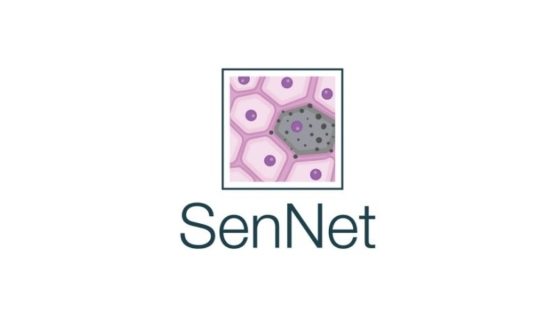 The National Institute of Health is going all-in on cellular senescence with its recently announced SenNet program. We asked two of the leading experts in aging research to weigh in on this initiative.

Cellular senescence has been at the forefront of longevity researchers’ minds for quite some time now, as it is one of the nine hallmarks of aging.

The prevailing theory postulates that senescent cells accumulate in our body with age and drive various harmful processes. Removing senescent cells has become a target of generously funded commercial research, causing numerous start-ups to sprout. Yet, there is still a lot we do not know about senescent cells, their diverse phenotypes, and the spatial-temporal patterns of their accumulation in the body, especially in humans.

Recently, the National Institutes of Health (NIH) has announced a major senescence-related project called Cellular Senescence Network (SenNet) and issued calls for grant applications. The SenNet program invites scientists to collaborate on its three major parts: Tissue Mapping Centers that will perform specimen collection and data analysis, Technology Development and Application Projects that will develop single-cell technologies to identify, characterize, and modify senescent cells, and, finally, an Organization and Data Coordinating Center that will serve as an organizational hub for the SenNet consortium. As described on the NIH website:

The goal of the SenNet consortium is to identify and functionally characterize the heterogeneity of senescent cells across multiple tissues in human health, disease, and lifespan at single-cell resolution. Through collaborative efforts, the consortium will generate a multimodal, multidimensional Atlas of senescent cells in various human tissues; develop innovative tools and technologies to identify and characterize senescent cells; and aggregate data across the Network into a searchable Atlas of Cellular Senescence, ensure the utility of the database, and promote collaboration through Network engagement with the research community.

The NIH further notes that “biomedical researchers still have many unanswered questions about how, when, why, and where senescent cells form” and that these cells’ “rarity and diversity make them difficult to identify and characterize in the body”. This sums up well the problems we have with studying senescent cells today.

Longevity experts agree that the initiative is very important. According to Dr. Aubrey de Grey, head of the SENS Research Foundation and a leading authority on aging, elimination of senescent cells is a key component of extending healthspan and, consequently, lifespan. “SenNet is thus of immense importance in that it gives academics the chance to develop knowledge that complements what the private sector is doing in this area,” he said.

Outlooks are not all rosy, though. Dr. Leon Peshkin of the Harvard Medical School, while welcoming the initiative and recognizing its importance, has reservations. “SenNet gets right the insistence on multi-omics profiles, since, for instance, transcriptomics alone is known not to reflect senescence,” he said. “The initiative is meant to work out new markers of senescence, which is a great goal.” However, he is more skeptical about the NIH’s “insistence on starting from human material, which is extremely limiting for ethical and technical reasons.”

Peshkin, who is also a data science expert, adds: “Many realize that much better use for the money would be to first better understand what senescence means, and then make the Atlas. Premature collection of Big Data on a poorly defined class of cells is bound to muddy up the notion of senescence.”

According to Peshkin, several researchers have pointed out to NIH representatives that focusing solely or mostly on human cells might be too ambitious, given the insufficient amount of research and the difficulties involved in human-based studies. This might be the reason why, on March 26, the NIH issued a request for information on the best ways to incorporate murine studies in the initial project. “As a follow up to the human RFAs (requests for application), we would like to focus efforts on a similar and complementary goal in mice”, it said.

While these human maps are the ultimate goal, much research in biomedicine is performed in mice, and extrapolation of the findings to human health requires a detailed understanding of both the similarities and the differences between these species. Ultimately, bidirectional crosstalk between findings in human and mouse, combined with the ability to test the effects of experimental perturbation in mice, will more fully inform the role of cellular senescence in health and disease and the consequences of interventions targeting this process.

Asked if he sees any problems with the SenNet program, de Grey responds: “The main risk, as with any public funding initiative, is that it will work too hard to avoid duplication of effort with the private sector and will thus create, or to be more precise, perpetuate, a ‘valley of death’ at the early translational stage. Scientists are great at improving our understanding of nature, but it’s technologists who are great at improving our manipulation of nature, so it is vital that big initiatives like this should recognize that the really early-stage, pre-investable, yet goal-directed work needs just as much support as the curiosity-driven work that scientists are trained (and inclined) to focus on.”

In biotech investment, the “valley of death” is the gap between academic-based innovations and their commercial application, so the idea is to try to bridge that gap rather than to dedicate all the efforts and resources to fundamental science, regardless of its applicability.

For years, the longevity community has lamented what it viewed as utterly insufficient involvement of the NIH and other governmental bodies in the fight against aging. Does the SenNet initiative signal a fundamental shift in the NIH’s attitude towards aging research then?

“Not really,” said de Grey. “This is a case of one small part of aging becoming sufficiently well-defined in the eyes of the NIH’s decision-makers that it gets its own money. For several years, a number of people both inside and outside the NIH have been working to engender what really would be a fundamental shift, namely the allocation of really serious money to programs that are designed jointly by the NIA (the National Institute of Aging) and the institutes focused on age-related diseases. That, unfortunately, has never achieved critical mass.”

Peshkin strikes a more optimistic tone: “People in the NIH have told me there is a realization at the NIH that many diseases are more likely with age and we might be able to target the common cause.” He said that, despite its drawbacks, the initiative represents “a welcome shift in NIH priorities to supporting an agenda of ‘rejuvenation’, which until recently was considered controversial.”

The SenNet initiative is a major development that might signal a long-awaited change of paradigm in the NIH. The longevity community has been waiting for years for the NIH to put its massive weight behind the efforts to fight aging. Importantly, the authors of the initiative have demonstrated the ability to listen to the community and adapt. We will be closely following SenNet from now on.

National Institute on Aging
About the author