The Hallmarks of Aging’s Original Authors Offer a Fresh View

This update was based on the last decade of research. 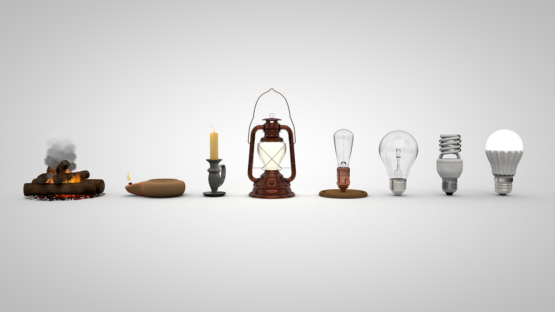 The year 2023 started with the publication of two remarkable review papers in Cell and Cell Metabolism by researchers addressing the hallmarks of aging and their interplay with the hallmarks of cancer [1,2]. These papers were authored by the same team that published the original 2013 Hallmarks of Aging paper [3]. The Hallmarks of Aging
There are multiple aging theories, but one of the most popular and well supported is the Hallmarks of Aging, a 2013 paper that defined aging as nine distinct categories (hallmarks) and explained how these interact with each other to drive the development of age-related diseases. This framework gives researchers insights into how they might directly intervene against these aging processes to prevent age-related diseases.
Read More

The original paper on the Hallmarks of Aging systematized the processes underlying aging. As such, it became a very common discussion topic in the rejuvenation world and was frequently cited in research papers related to aging. That paper determined nine hallmarks of aging under three criteria: the process is observed during normal aging, it speeds up aging if worsened, and it reverses some aspects of aging if abolished by therapeutic interventions.

Since then, several research groups have proposed the addition of other hallmarks, including five new ones suggested back in August 2022 and cellular enlargement.

The authors note that although the originally suggested hallmarks have withstood research scrutiny over the last decade, their original paper has required an update that integrates recently obtained knowledge, particularly from mammalian studies.

Therefore, their updated list of twelve hallmarks of aging includes the somewhat reorganized previous hallmarks plus three new ones: chronic inflammation, disabled macroautophagy, and dysbiosis [1]. All of these hallmarks are interconnected and interdependent.

The old and the new

The researchers initially discuss some of the already accepted and established hallmarks of aging. First, they focus on genomic instability, which includes nuclear architecture changes along with nuclear and mitochondrial DNA aberrations that accumulate with age.

The second hallmark, telomere attrition, is closely connected to genomic instability. However, it is a separate hallmark, and it has been shown to modulate aging when manipulated via telomerase activation in mammals.

The third hallmark of aging is known for its utility as a measurement of biological age: epigenetic alternations. There is a number of such aging-associated changes which ultimately lead to gene expression disbalances including histone modifications, non-coding RNAs, and reactivation of retrotransposons.

Loss of proteostasis resulting in protein misfolding and aggregation is a fourth hallmark of aging and was separated out from disabled macroautophagy. The authors consider this to be a hallmark of its own because, outside of its major role in proteostasis, autophagy ensures the proper turnover of organelles.

The authors then discuss deregulated nutrient sensing, with a special focus on diet as a practical target for anti-aging interventions. Mitochondrial dysfunction, cellular senescence, and stem cell exhaustion are all well-established hallmarks of aging which have proven to be promising targets for lifespan extension, at least in model organisms.

Altered intercellular communication is a hallmark of aging that involves several processes involved in cell-to-cell communication. It includes aging-associated damages to the extracellular matrix and pro-aging factors circulating in the blood.

Finally, the authors introduce chronic inflammation and dysbiosis (microbiome alterations) as the new meta-cellular hallmarks of aging. The former stems from all the damages and aberrations that result from the other hallmarks. The latter has been addressed by fecal microbiota transplantation, which proved beneficial in animal models.

In their second review publication [2], the researchers explored the overlap between the hallmarks of aging and cancer. They note that both phenomena share some features, which they coined “meta-hallmarks.” These include genomic instability and chronic inflammation. Meanwhile, such hallmarks of aging as telomere attrition favor oncogenesis and therefore represent “antagonistic hallmarks”.

The authors highlight a very complex relationship between aging and cancer. Although aging is the most prominent risk factor for various cancers, it is not necessarily true that targeting molecular drivers of aging is oncoprotective.

It is conceivable that by targeting the meta-hallmarks, it is possible to both delay aging and prevent cancer, while a more intricate tuning of antagonistic hallmarks is required. Regardless, experimental validation is needed to check if these assumptions are correct.

Both aging and cancer are characterized by a series of partially overlapping “hallmarks” that we subject here to a meta-analysis. Several hallmarks of aging (i.e., genomic instability, epigenetic alterations, chronic inflammation, and dysbiosis) are very similar to specific cancer hallmarks and hence constitute common “meta-hallmarks,” while other features of aging (i.e., telomere attrition and stem cell exhaustion) act likely to suppress oncogenesis and hence can be viewed as preponderantly “antagonistic hallmarks.”

All the hallmarks of aging are intimately related, which means that a truly successful anti-aging intervention would target several hallmarks at once to extend lifespan. Indeed, known substances with reported anti-aging effects, such as metformin and spermidine, are multimodal. Some of these therapeutics also possess anti-cancer properties. At the same time, as highlighted by the authors, there is a certain hierarchy among the hallmarks, which may guide researchers on their path to developing anti-aging interventions.