Cellular enlargement is not just a product of senescence. 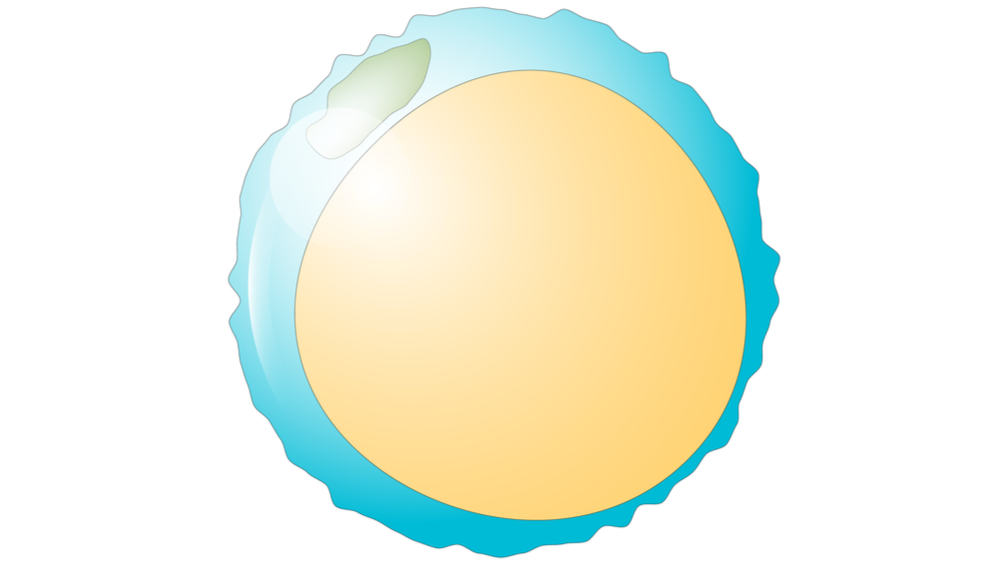 In a new review article published in Frontiers in Cell and Developmental Biology, researchers have suggested adding cellular enlargement to the hallmarks of aging [1].

Bigger is not always better

Different cell types are known to have different shapes and sizes, which are dictated by their functions. In humans, sperm cells (male gametes) and ova (female gametes) have the smallest and largest diameters, respectively. On the other hand, some neurons are the longest cells: their axons can be over a meter long.

Nevertheless, within a specific cell type, the size variation is negligible. It has been long observed that healthy cells tend to maintain their size and that size changes are characteristic of pathological conditions. Cancer cells are often smaller than normal cells, while senescence leads to cellular enlargement [2].

This can roughly be explained by the different growth and proliferation rates of the two cell types. Cancer cells keep on dividing, so the individual cells don’t grow fast on their own, although this is not universally true. Senescent cells, on the contrary, enter cell cycle arrest: they don’t divide. The production of new cellular material (the biosynthesis rate) exceeds the degradation rate, leading to cellular enlargement.

Cell size is very much dependent on the cell cycle. Often, if a cell experiences an insult such as DNA damage, it halts division to repair the damage. Meanwhile, cell growth continues, leading to cellular enlargement and dysfunction.

Of note, there are a number of normal cellular processes that increase the size of cells, such as before division into two daughter cells or during the programmed cell death known as apoptosis.

Cellular enlargement and other hallmarks of aging

In this review, the authors highlight the results of their research on the enlargement of hematopoietic stem cells (HSCs), which give rise to blood cells. They showed that enlarging HSCs by various means makes them dysfunctional. However, the HSCs that stay smaller after such an enlargement-causing treatment are less dysfunctional. Preventing enlargement entirely promotes normal HSC function.

In addition, they note that HSCs enlarge during aging while reducing their size using rapamycin leads to preserved function of aged HSCs. Therefore, the researchers suggest that cellular enlargement could be a new hallmark of aging in addition to the framework of nine hallmarks published in 2013 [3]. Earlier this year, other researchers proposed the inclusion of five more.

Whether large stem cell size affects other aspects of proteostasis and hallmarks of aging is not yet known.

The authors analyzed a large body of literature to explore the association between the enlargement of different cell types and age-related dysfunction. They note that the environment surrounding the cells affects their size. Therefore, by modulating such aspects as the stiffness of the extracellular matrix, it is possible to improve cellular function by altering cellular size.

Finally, the authors make an observation that the volume of some cell types is inversely correlated with the lifespan of different animals. However, whether cell size could be used as an indicator of lifespan depends very much on the cell type and the species in question.

Years of important research has revealed that cells heavily invest in regulating their size. Nevertheless, it has remained unclear why accurate size control is so important. Our recent study using hematopoietic stem cells (HSCs) in vivo indicates that cellular enlargement is causally associated with aging. Here, we present an overview of these findings and their implications. Furthermore, we performed a broad literature analysis to evaluate the potential of cellular enlargement as a new aging hallmark and to examine its connection to previously described aging hallmarks. Finally, we highlight interesting work presenting a correlation between cell size and age-related diseases. Taken together, we found mounting evidence linking cellular enlargement to aging and age-related diseases. Therefore, we encourage researchers from seemingly unrelated areas to take a fresh look at their data from the perspective of cell size.

This review provides insights into aging-associated cellular enlargement, particularly of hematopoietic stem cells. The authors suggest adding cellular enlargement to the list of the hallmarks of aging because this phenomenon: is observed during normal aging, speeds up aging if worsened, and reverses some aspects of aging if abolished.

However, the authors admit that cellular enlargement does not accompany the aging of all cell types. Moreover, the deviation from the normal cell size is a more precise indicator of pathology. Therefore, it might be premature to coin cellular enlargement as a new hallmark of aging. Nevertheless, analyzing cell size and figuring out how its manipulation affects cellular aging could be an important step for experimental biologists who are attempting to unravel the underlying causes of aging.