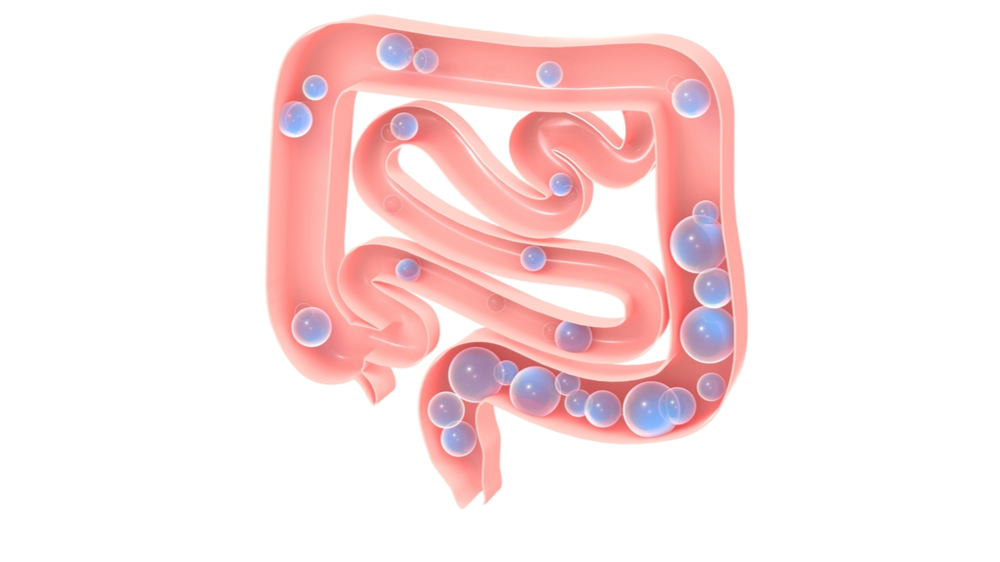 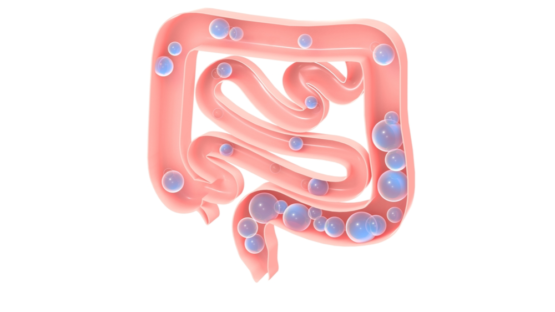 The permeability of the epithelial intestinal barrier is known to increase with age. The resulting condition, also known as “leaky gut,” can be exacerbated by dietary, lifestyle, and environmental factors, such as alcohol consumption [2]. While not lethal, like cancer or cardiovascular diseases, leaky gut is not a trifling matter. Recent studies have shown that intestinal contents, such as the bacterial byproduct lipopolysaccharide, become potent immune system triggers in the bloodstream. This is how a leaky gut causes inflammaging: the persistent systemic inflammation that drives multiple diseases of aging [3].

NR is a precursor to NAD+, a ubiquitous multi-role coenzyme central to energy metabolism, DNA repair, and other important cellular processes. NAD+ levels decrease with aging, while supplementation of NAD+ via its precursors such as NR has been linked to various health benefits in mice and humans [4]. In particular, NR has been shown to rejuvenate aged gut stem cells [5]. NR is a popular supplement that is generally considered safe; however, one recent study found that it might exacerbate metastasizing cancers.

In this new study, the researchers investigated the deleterious effects of ethanol on gut permeability in mice and whether they can be alleviated by NR. Over the course of the experiment, mice fed an ethanol-rich diet experienced intestinal barrier deterioration. However, in mice who also received NR, this effect, as measured by lipopolysaccharide (LPS) concentration in serum, was largely abolished. Tight junctions, the constructions that glue cells together, are an important component of the intestinal barrier and a significant weak spot. Their disintegration is a major cause of leaky gut. The levels of tight junction proteins ZO-1 and occludin were decreased by ethanol, while in the ethanol-NR group, those levels remained on par with controls. Histopathological analysis showed that the structures of intestinal villi and of epithelial cells were deformed in the ethanol group but remained just as healthy in the NR group as in controls.

The researchers also experimented in vitro on Caco-2 cells, which are often used as a model of the intestinal epithelial barrier. When treated with ethanol, the cells showed significantly reduced ZO-1 and occludin levels but not when pre-treated with NR for 48 hours before ethanol exposure.

Recent studies show that energy homeostasis is important for tight junction formation between intestinal epithelial cells [6]. The researchers confirmed that NAD+ levels were greatly depleted in those cells by ethanol, but elevated by NR supplementation – amazingly, above those of healthy controls. Levels of ATP, the molecule considered cellular “energy currency”, showed a similar dynamic.

Since most of the energy production in cells occurs in mitochondria, the researchers also analyzed mitochondrial health. As expected, levels of succinate dehydrogenase (SDH) and citrate synthase (CS), two functional mitochondrial enzymes, were reduced by ethanol but rescued by NR supplementation. Same picture was observed for mitochondrial DNA number.

Mitochondrial biogenesis is promoted by the enzyme SIRT1, a NAD-dependent acetylase of the sirtuin family. Suppressing SIRT1 expression in Caco-2 cells by short interfering RNAs abolished the restorative effect of NR. In particular, NR lost its ability to improve mitochondrial membrane potential. In the absence of SIRT1, NR also failed to increase the levels of both ZO-1 and occludin. This led the researchers to conclude that NR counters the effects of ethanol by promoting intestinal mitochondrial biosynthesis in a SIRT1-dependent manner.

Intestinal dysfunction including gut dysbiosis and barrier disruption contributes to the development of diseases in the liver and other organs. The intestinal barrier consists of physical, secretory, immunological and microbic components. TJs are the important components of epithelial barrier, whose integrity is essential in blocking gut microbes and adverse products such as LPS translocated to the circulation. In this study, we focused on the intestinal barrier function affected by ethanol and NR. Our study reports for the first time that ethanol induces intestinal epithelial barrier injury via destroying mitochondrial function. Supplementation of NR, which is a NAD precursor, protects against ethanol-induced intestinal epithelial injuries via maintaining mitochondrial function by promoting mitochondrial biogenesis in a SirT1-dependent manner.

Leaky gut has been implicated in inflammaging, making the integrity of the intestinal barrier an important target for geroscientists. This study shows that NAD+ supplementation through NR dramatically alleviates leaky gut symptoms caused by ethanol (which in humans is usually a result of alcoholic beverage consumption), but these results can probably be extrapolated to other causes. A clear limitation of this study is its modest sample size (5-8 mice per group), so more research is needed.