The spooky season is upon us again, so if you haven’t seen it yet, join us for a video on deadly but real zombies – and take a look at the most advanced research on how to get them out of our bodies.

If you love our work, then tell the world! Stories about us from people like you will help us make an even bigger impact in our community. GreatNonprofits, the #1 source of nonprofit stories and feedback, is honoring highly regarded nonprofits with its top-rated list. Help us raise visibility for our work by posting a brief story of your experience. All content will be visible to potential donors and volunteers. Helping us is easy and only takes 3 minutes. Please go here to get started: https://greatnonprofits.org/reviews/write/life-extension-advocacy-foundation-inc

Life Noggin – The Zombie Problem: Life Noggin, part of the Lifespan.io family of Youtube channels, regularly makes videos on a variety of interesting topics and has just published a new video about aging! This time, its mascot, Blocko, stars in a new video featuring a problem that’s well known to regular Lifespan.io readers: senescent cells. 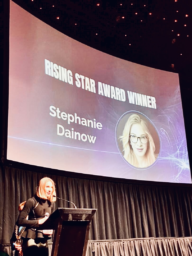 Research, DeSci, and Advocacy at Longevity Summit Dublin: It was all about collaboration: maybe not a lot of shiny new discoveries and unpublished data, but Longevity Summit Dublin 2022 brought together researchers, investors, and advocates to forge a common vision. More attention is being brought to the last category, as evidenced by our own executive director, Stephanie Dainow, receiving the Rising Star 2022 award.

Spreading Longevity: Ryan O’Shea discusses a new video in which Life Noggin and SENS have partnered to inform the public about rejuvenation biotechnology.

Multivitamins for Cognition: Ryan O’Shea discusses a study showing that taking multivitamins significantly improves human cognition. A new study shows that multivitamins can boost brain function, and the results are even more impactful for people with a history of heart disease.

Methuselah’s Zoo, a Look at Animal Longevity: To understand human longevity, we need to put it into perspective. Are we relatively long-lived or short-lived creatures? After all, among all the plants and animals in nature, we find a vast variety of lifespans, from several hours to several millennia, and possibly even more.

Two Small Molecules May Provide Partial Reprogramming: A preprint published in bioRxiv has detailed how partial reprogramming through two small molecules can rejuvenate human cells as well as C.elegans, a common model of aging. This paper begins with a discussion of the four well-known Yamanaka reprogramming factors (OSKM) that cause cells to revert to a previous epigenetic state.

Umbilical Plasma Injections Reduce Biological Age in Humans: Researchers have found that intramuscular injections of plasma concentrate made from human umbilical cord blood improve various health biomarkers and decrease biological age in elderly people. Circulating proteins have a significant impact on our health, and blood plasma transfusion is increasingly used against inflammatory conditions as well as some autoimmune disorders.

Brief Rapamycin Treatment in Early Adulthood Combats Aging: A study published in Nature Aging has shown that short-term rapamycin treatment in early adulthood extends lifespan in flies and improves gut health in both flies and mice. Rapamycin, an inhibitor of mTOR signaling, is capable of extending the lifespan of several organisms.

Senescence-Associated Protein Promotes Skin Aging in Mice: Researchers publishing in Aging have identified an individual protein, secreted frizzled-related protein 4 (SFRP4), that is produced by senescent cells and contributes to skin aging in mice.

Ketogenic and Mediterranean Diets Effective Against Diabetes: Pitting a ketogenic diet against a Mediterranean diet in pre-diabetes and Type 2 diabetes patients, scientists have learned that both confer metabolic benefits, but “keto” also has a darker side.

Removing Senescent Cells to Alleviate Muscular Dystrophy: A study published in Aging has shown that the removal of senescent cells through senolytics alleviates muscle degeneration in a mouse model of Duchenne muscular dystrophy. Duchenne muscular dystrophy is caused by a mutation that gradually destroys the muscles, eventually becoming fatal as it destroys the diaphragm or heart.

Multivitamin Supplementation Shown to Improve Cognition: In a large randomized, placebo-controlled study, scientists hoped that cocoa extract would improve cognitive function in elderly patients, but instead it was a multivitamin supplement that shined.

Early-Onset Cancer Cases Are Rising: In a review paper published in Nature, scientists discuss the problem of the rising burden of early-onset cancer. We tend to think of cancer of a disease of aging, and for a good reason: cancer is indeed highly correlated with age.

One Drug to Fight Both Sarcopenia and Osteoporosis: In a new study published in Bone Research, Japanese researchers established a novel drug screening system and identified a promising compound to treat age-associated muscle and bone frailty.

Transplanting B Cells from Old to Young Mice Improves Them: Researchers have recently explored why B cells become less efficient as we age, analyzing how their behavior changes when they are transplanted from aged mice into young mice.

Fundamental Metabolic Changes Accompany Alzheimer’s Disease: A paper published in Cell Metabolism has reported on a metabolic shift in neurons derived from patients with Alzheimer’s disease, showing that they express a cancer-like phenotype. Rather than attempting to harvest live neurons from Alzheimer’s patients, the researchers chose to create induced neurons (iNs) from the fibroblasts of these patients.

A High-Fat Diet Leads to Joint Degeneration in Rats: In a new study published in Scientific Reports, researchers have uncovered the molecular mechanism underlying the link between obesity and joint degeneration. Obesity accelerates aging and is associated with several age-associated diseases, including osteoarthritis, an inflammatory condition that leads to joint degeneration.

Nanoplastics Cause Mitochondrial Stress in Human Cells: A paper published in Environmental Science and Technology has described some of the effects of nanoplastics on human liver and lung cells. Plastics in the environment are gradually broken down by sunlight, grinding processes, and biological activities into smaller and smaller pieces.

Young bone marrow transplantation prevents aging-related muscle atrophy in a senescence-prone mouse model: These findings suggest that this approach can prevent muscle wasting and dysfunction by mitigating apoptosis and proliferation via modulation of GDF-11 signalling and mitochondrial dysfunction in these mice.

Lifespan benefits for the combination of rapamycin plus acarbose and for captopril in genetically heterogeneous mice: Combinations of anti-aging drugs may have effects that surpass the benefits produced by either drug used alone, and additional studies of captopril, over a wider range of doses, are likely to be rewarding.

15th Gitcoin Funding Round Launches: Gitcoin has launched its 15th funding round and is again supporting projects focused on aging and rejuvenation. An alternative way to fund science Gitcoin is a platform focused on supporting the development of open-source Web3 software. This is a decentralized system based on blockchain technology with the goal of funding “public good” projects.

From the Lab to the Big Screen: Longevity Hackers: In March 2022, VitaDAO uploaded the funding proposal VDP-39, Longevity Hackers Film Participation, initiating a discussion and vote on VitaDAO’s potential contribution to the project. On March 24th, this vote was passed, and the film’s team received $100,000 in donations from the DAO.

A Wearable Device to Monitor Metabolites and Nutrients: We want to highlight an interesting development on the wearable diagnostic front: researchers have developed a wearable device that can monitor nutrients, hormones, and drugs.

The Rejuvenation Startup Summit 2022, brought to you by the Forever Healthy Foundation, is a vibrant networking event that aims to accelerate the development of the rejuvenation biotech industry. Held in Berlin, the Summit will bring together startups, members of the longevity venture capital and investment ecosystem, and researchers interested in founding or joining a startup in the rejuvenation space. This event will start midday on Friday, October 14 and finish on the night of Saturday, October 15. Click here for a 20% discount! Join NOVOS for part 3 of 6 of the NOVOS Webinar Series: Longevity Tests: NOVOS will host a free 1-hour webinar with Founder and CEO Chris Mirabile on Wednesday, October 26th. CEO Chris Mirabile, serial entrepreneur and biohacking expert will focus on a range of tests to measure your longevity. He will discuss blood tests, DNA tests, epigenetic tests, microbiome tests, and more! Towards the end of the webinar, NOVOS will open the floor to questions. RSVP and submit questions today.